How many law enforcement officers does it take to capture one family of ducks on the highway? We’re not 100 percent sure, but we counted at least six.

Recently, the Queensland Police Department was faced with a unique emergency that required their expertise. Officers teamed up with local firefighters to bring a big family of ducks to safety after they waddled onto a busy bridge during rush hour. While the situation sounds pretty high-stress, the process of catching them was actually quite silly. 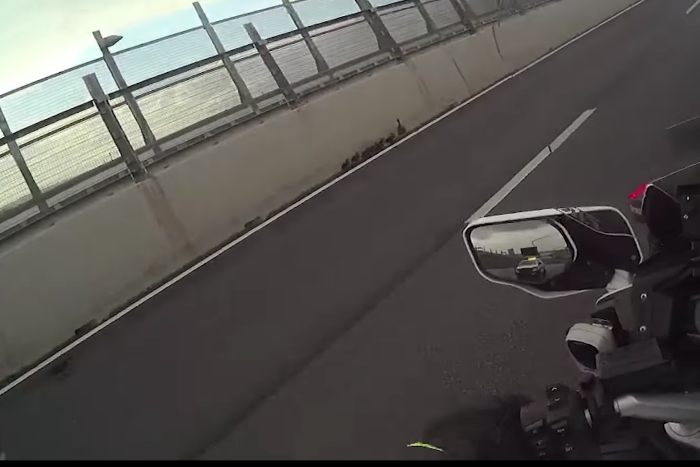 The police department posted body cam footage to their Facebook page which showed a motorcycle officer patrolling the bridge when he notices a family of several ducks carefully making their way across.

Maybe the ducks were eager to get home after a long day of work, just like the rest of the commuters, but the highway is no place for workers their size. So, the officer blocked traffic in a lane and drove beside them until backup could come and help him wrangle them and get the family off the road. 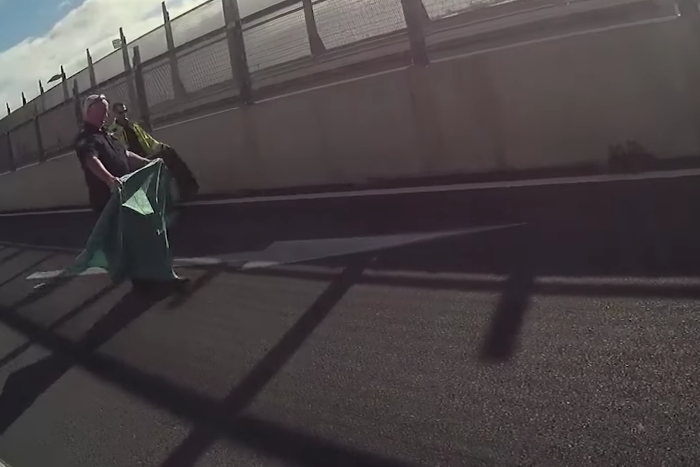 Eventually, fellow police officers and firefighters show up and they all grab towels, blankets, and jackets as they team up to try to corner the ducks.

Some of the ducks were having no part of it, though, and ran away from the pack causing the servicemen to chase them down the busy bridge. 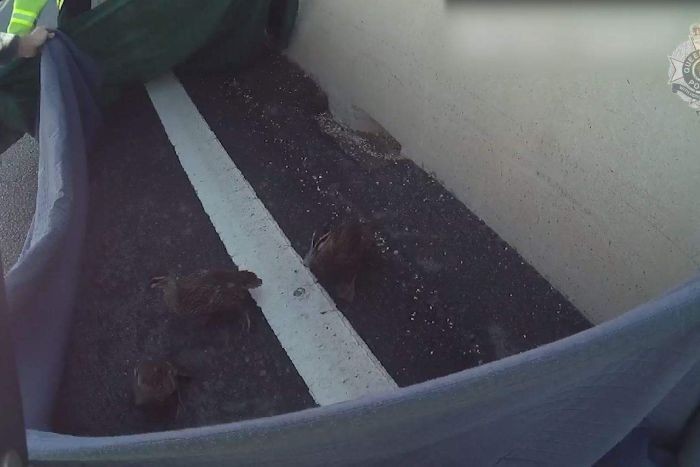 Despite the runners’ best efforts, though, every duck was ultimately caught and taken to an animal rescue for evaluation. 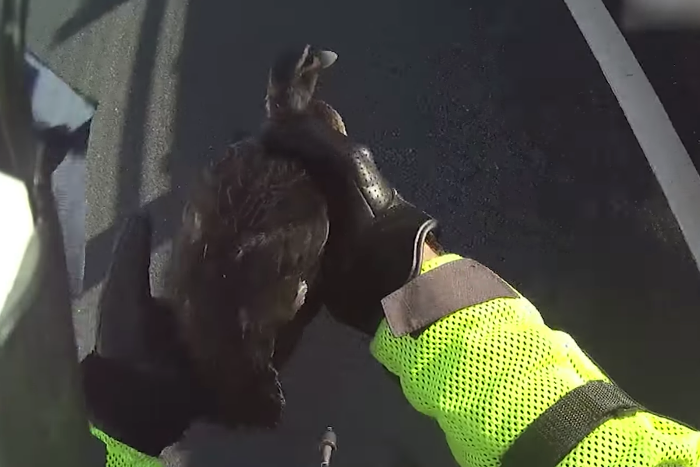 When sharing the heroic and hilarious rescue video, the police got pretty “punny” with their description of the incident (whoever wrote it must be a dad, because only dads can make jokes like this) saying, “These ducks must have been quackers to think they could cross the Gateway Bridge in beak hour! Lucky we were there on standby to assist them to safety. Just put it on our bill!”

Watch the cute video below and be sure to share this story with someone who needs a smile.