Think back on your time in school, do you remember who your rival was?

When the DuBois Beavers football team played their rivals, the Oil City Oilers, the tension was high as the score remained close throughout the game. Then, in the final seconds of the fourth quarter, every pair of eyes were trained on two rival players near the end zone. 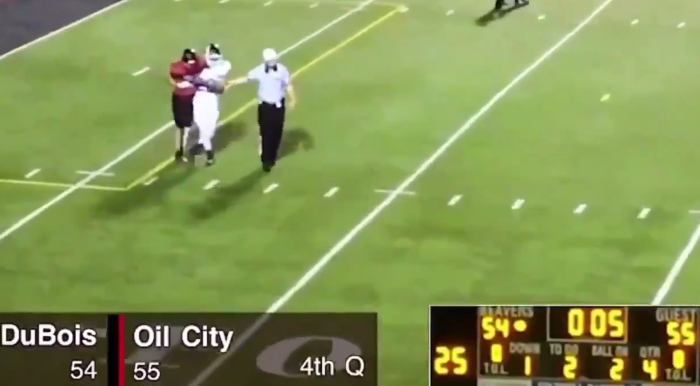 With only a few seconds left of the game, the Beavers failed to complete a conversion that would have won them the game. Players on the Oilers ran together in a huddle to celebrate their victory, but junior running back, Cameron Russell, didn’t follow.

Cameron saw Zach Shilala, a player from the opposing team, limping in pain and trying to get off the field. He quickly put his arm around him and helped him walk to his coach so he could get looked at and treated. 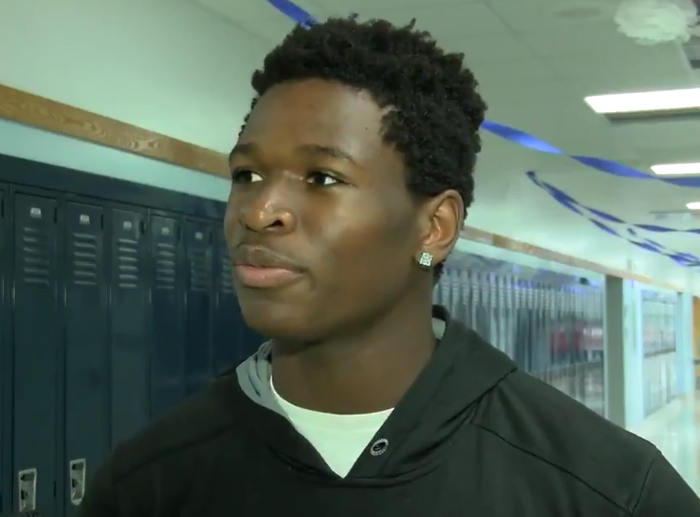 Fans, players, and coaches on both teams were incredibly proud of Cameron’s sportsmanship. To him, it was no big deal. He told a local news station that he feels being a good sport is just part of the game and that “no one should be disrespectful of opponents.”

For Zach, it was absolutely a big deal. He took to Twitter to praise Cameron for his kindness and said that even after the celebration was over, Cameron came back over to the sidelines to check on him and make sure he was okay.

Cameron’s parents and coaches are (of course) extremely proud of his actions on the field. His demonstration of sportsmanship and empathy is something all athletes can remember, particularly during times of frustration or celebration when emotions are high.

Watch the heartwarming gesture in the video below, and be sure to share this story with your friends!