Drones, for example, make it easier to observe and track endangered animal species. Researchers recently used one of these devices to measure a population of green sea turtles — and the footage is leaving the world speechless! 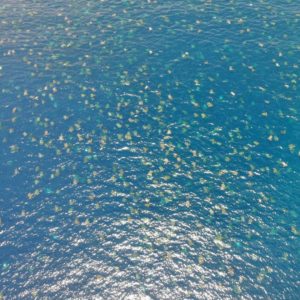 Unfortunately, they are endangered because of hunting and plastic pollution. That’s why researchers have been keeping a close eye on the population through the Raine Island Recovery Project, a five-year program designed to restore and maintain the island as the world’s largest breeding ground for green turtles.

Researchers previously conducted population surveys by painting white stripes on nesting turtles’ shells with nontoxic paint and attempting to count them from a boat. But they’ve since discovered drones are much more effective!

This year’s footage gave conservationists something to cheer about! At least 64,000 of these turtles were spotted making their way to the island. That’s nearly twice the estimated number!

“We’re finding 1.73 times as many turtles with the drone as we do when we directly compare with observer counts,” said Dr. Andrew Dunstan, who works with the Department of Environment and Science. “The team can now go back and adjust the historic population estimates.”

Anna Marsden, the managing director of the Great Barrier Reef Foundation, added, “We’re seeing the world’s largest aggregation of green turtles captured in these extraordinary drone images, which are helping to document the largest turtle numbers seen since we began the Raine Island Recovery Project.” 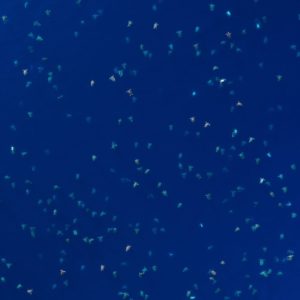 Not only are these results raising everyone’s hopes for the future of green sea turtles, but they could also mean other vulnerable species are more numerous than previously estimated! Either way, this is a discovery worth celebrating.

Experience the wonder by watching these turtles in the video below, and share the fantastic news with your friends.