Police officers aren’t just heroes in the traditional sense. Every day, they do what they can to help their communities without expecting anything in return.

NYPD officer Donald Swartz sees coming alongside people in need as his duty, whether their obstacle is large or small. That’s why he intervened when he saw a woman holding a cane on the side of the road. 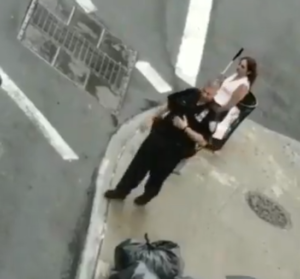 Swartz had just left his post at a Harlem subway station to get water when he saw the stranger standing near a curb.

Because she was blind, she didn’t know the light was green and could have ended up in a dangerous situation. After Swartz explained what was going on, the grateful woman asked if he would help her hail a cab. Of course, he agreed! 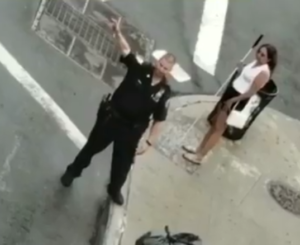 After flagging a taxi down with impressive speed, Swartz told the driver where to go before ensuring the woman made it safely to the vehicle. 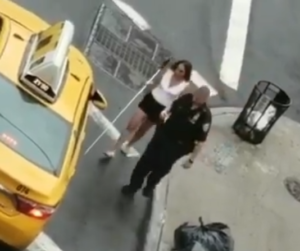 The kind cop didn’t think much of his small act of kindness, but everyone else did! His considerate gesture was caught on video, and when the police department shared the clip on Facebook, comments flooded in thanking Swartz for his good deed. 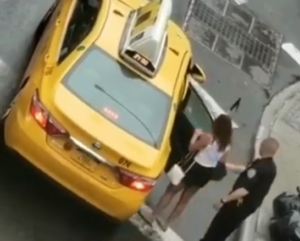 While Swartz was honored by the public’s positive response, he insists it was just a normal day on the job.

“This is 98 percent of the police work we do, or try to do,” he said. “Seeing the positive side of policing is great because a lot of times we just see the negative, and I know we don’t like that and the community doesn’t like that. But it’s good to see something positive get out there.” 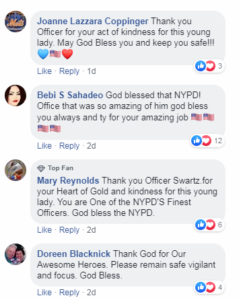 However Swartz views his actions, they’re still very much appreciated. Small moments like this one can make all the difference, so let’s take a page out of his book and consider how we can improve other people’s days.

Watch the sweet act of kindness play out in the video below, and share to inspire others to follow Swartz’s wonderful example.

Every day our cops carry out random acts of kindness. They don’t do it for the recognition or accolades, they do it because it’s their calling. Last week, Transit Officer Swartz was caught on camera helping a blind woman hail a cab in the rain. Thank you for showing what it means to be an NYPD cop.‬