Few entertainers have had as lasting an impact on generations of fans as Dolly Parton.

The Tennessee native has won eight Grammy Awards during her long, illustrious career. Two of her songs, “Jolene” and “I Will Always Love You,” have been inducted into the Grammy Hall of Fame, and the songstress also received the Recording Academy’s “Lifetime Achievement Award” in 2011. 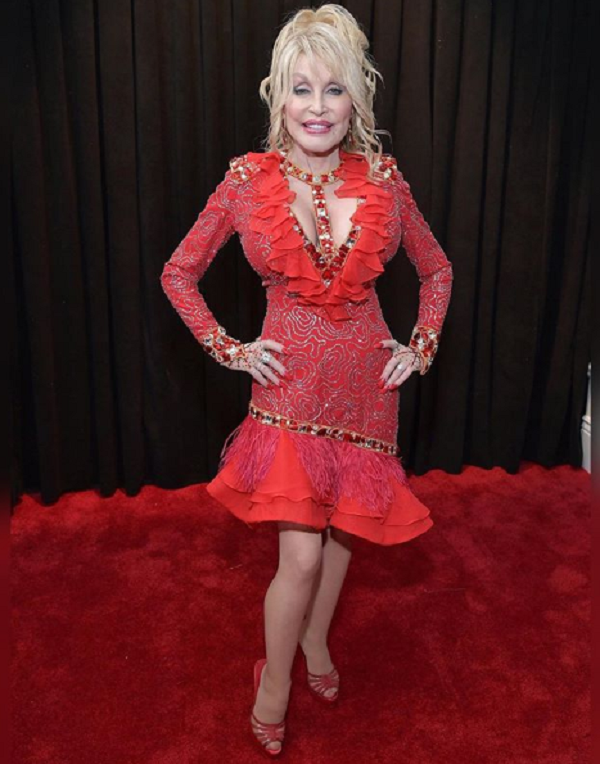 During the 2019 Grammy Awards ceremony some of the most popular musicians in the industry came together to pay tribute to the woman who has added so much to the musical fiber of our country. The tribute began with Kacey Musgraves and Katy Perry belting out “Here You Come Again.” 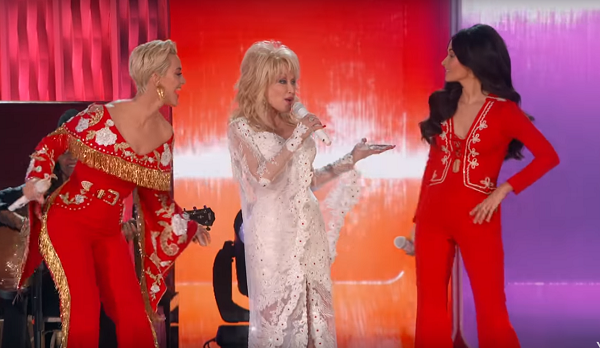 The two fellow Grammy winners both wore stunning red outfits that stood out brilliantly against Dolly’s white ensemble, creating a beautiful tableau for these incredible singers. Next up came Dolly’s own goddaughter Miley Cyrus, sparkling in a golden pantsuit for their duet of Dolly’s smash hit, “Jolene.” 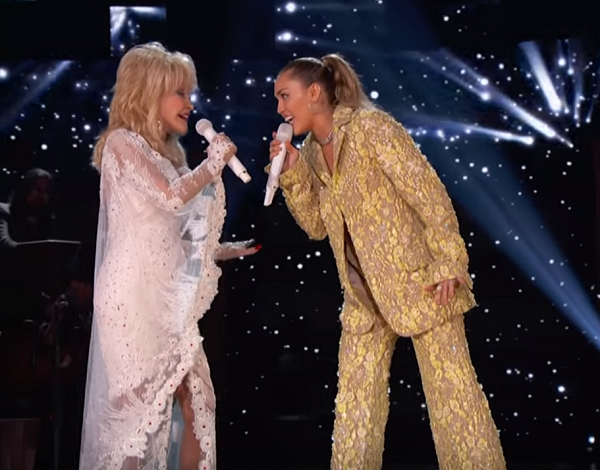 “Give it up for Dolly,” Miley yelled as Dolly did her thing, and the crowd responded with thunderous applause. Celebrities in the audience seemed riveted by the Queen of Country!

Miley and Dolly were then joined by Maren Morris for Neil Young’s song, “After The Gold Rush.” 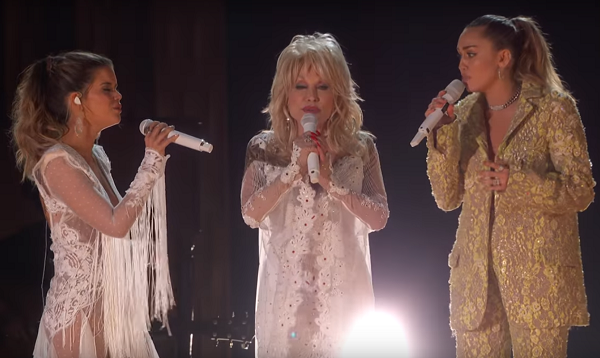 Next up was a song from Dolly’s newest album, 2018’s “Dumplin.” Wearing a killer pair of bright red stiletto heels, Dolly belted out “Red Shoes” with help from Little Big Town. Even though this is a new song and not one of her classic hits, it’s clear that Dolly has not lost her knack for telling wonderful stories through her music. 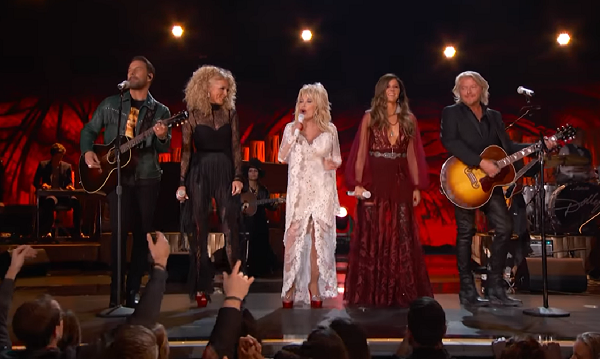 Every song had us singing along but when it came time for the big finale there was only one song that everyone in the world wanted to hear, and that’s “9 to 5.” Every performer came back out to sing the anthem of the working class, but no one shined as brightly as Dolly herself. 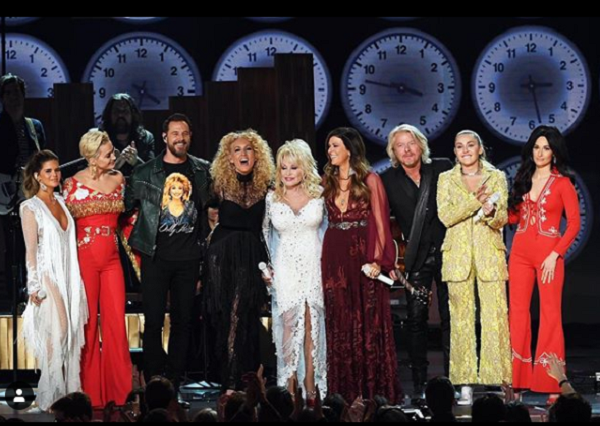 Dolly wrapped up the star-studded tribute with her usual humble gratitude, telling everyone, “Thank you Linda Perry and this great band of yours. And you great singers. Thank you, everybody. Appreciate it.”

We appreciate you too, Dolly! This is one living legend who never, ever lets her fans down. Thank you for sharing your gifts and talents with the world!

Watch the Dolly Parton Grammy Awards tribute in the video below, and don’t forget to share.