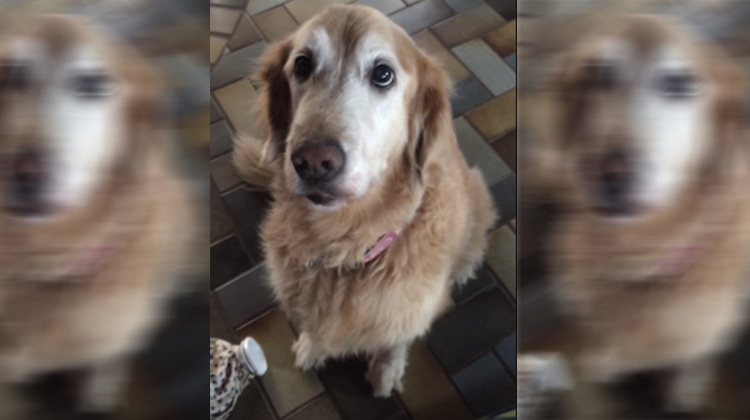 Nobody want’s to hear they may lose their best friend. It’ll happen to everyone one day, but it’s never at the ‘right time.’

When Lilly the Golden Retriever was sick one night, it turned out to be worse than her owners could have imagined.

They took her to the vet the next morning, and the diagnosis was bleak. The doctors found a 6 lb tumor that was likely cancerous.

Nearly half of all Goldie’s end up with this type of cancer – called hemangiosarcoma – and almost all end up dying from it. In fact, this type of tumor has never been documented testing negative.

One long week of waiting later, they received the results.  No cancer!

So Lilly’s owner decided to tell her and record the reaction.  Take this with a grain of salt: her voice is completely inflected to make the pup react…but how can you not smile at this sweet news!!!

Watch below and hear the result for yourself!