When the forecast calls for rain — or at least the chance of it — most of us carry around raincoats or umbrellas.

Unfortunately, dogs aren’t capable of that kind of foresight. They’re entirely dependent on us to take care of their needs, from providing food and fresh water to ensuring they’re as comfortable as possible. Then there are owners, like this elderly man, who go completely over the top with that last list item…

An unidentified man in the Philippines was caught on video taking his pet ownership responsibilities to a whole new level, and people are swooning because of it. 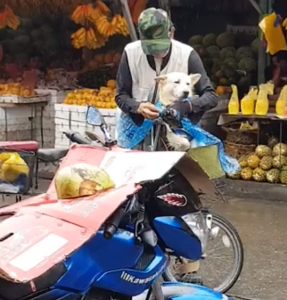 The heartwarming footage was captured by Alilee Shalom Galilee, who was a silent witness to this tender moment between a devoted man and his dog. Alilee captured the video during a visit to the Agdao Market in Davao City. 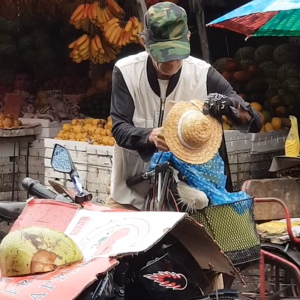 As light rain falls, the man secures a blue, polka dot poncho around his furry buddy, who patiently sits in his motorbike basket.

Next comes a brimmed, straw hat, which he places on the dog’s head as several people pass by with umbrellas to shield themselves from the rain.

And off they go! 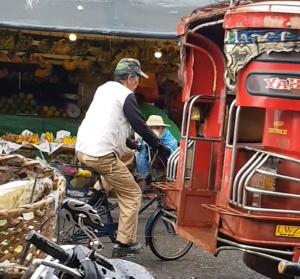 Nobody else appears to give this pair a second glance. But maybe they’re regulars there, and the other customers and vendors have seen so many sweet moments like this that it’s just become part of the daily fabric.

But we’re so glad Alilee captured this sweet scene and decided to share it — it just proves that no matter how many bad things are going on in the world, simple and beautiful things like this happen every day.