Some dogs are so good-natured, friendly, and just inherently sweet that they consider everyone a best friend. But some take it a step further, seeing not only new BFFs everywhere but also potential playmates.

Caterina Dellabona, a student in London, was walking past a house one day when she noticed a sign hanging on the fence and did a double-take. The notice told passersby not to throw the toy in a certain direction or the dog would hurt itself.

Caterina wrote, “was very confused when I read this sign at first: ‘Please don’t throw the toy on the cacti (the dog will hurt itself). Throw either left or right thanks.'” But there was no dog in sight…

Then a very friendly pup poked his head through the fence! 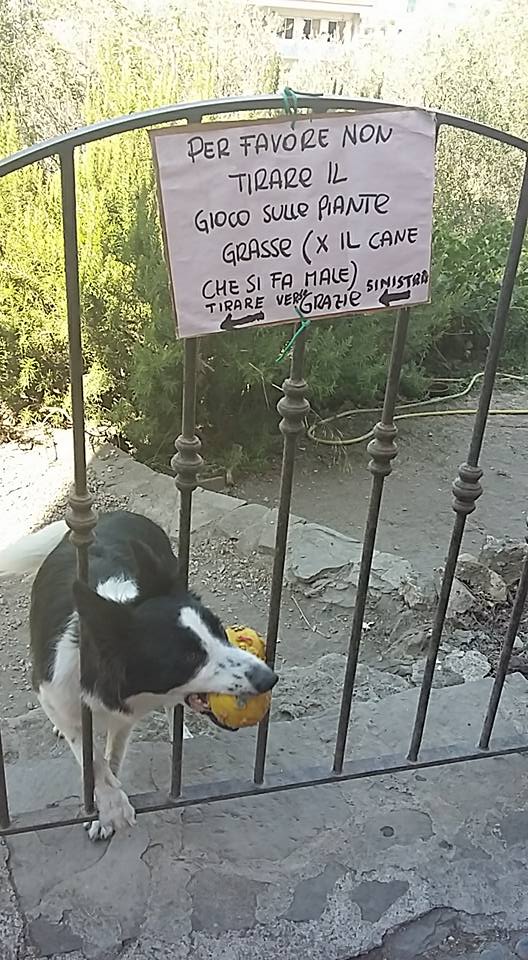 “He looked at us, wagging his tail, then picked his toy up and poked his head through the fence,” Caterina said. “It was wide enough for his head to fit comfortably but not enough for his body to go through so it was safe.” 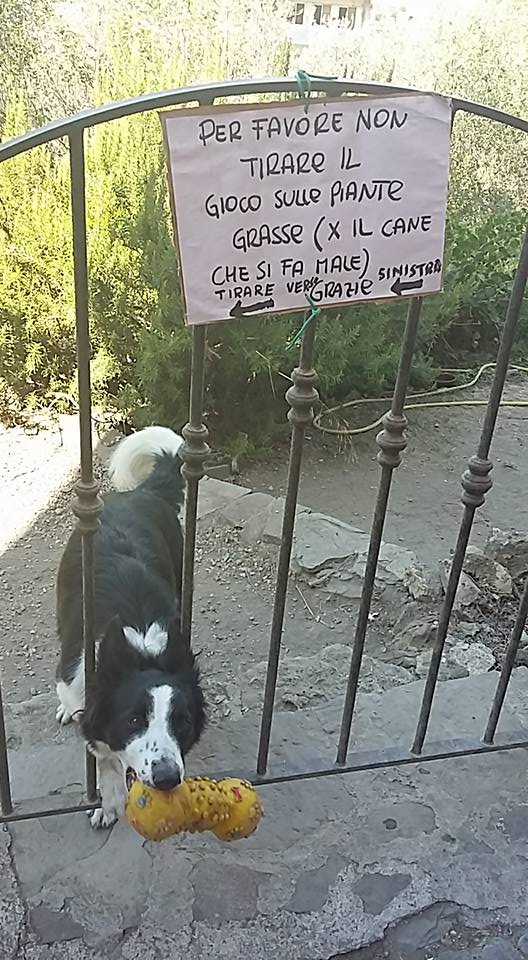 Naturally, she couldn’t deny the dog a good game of fetch and enthusiastically threw his toy. Each time, he returned and insisted on another throw. 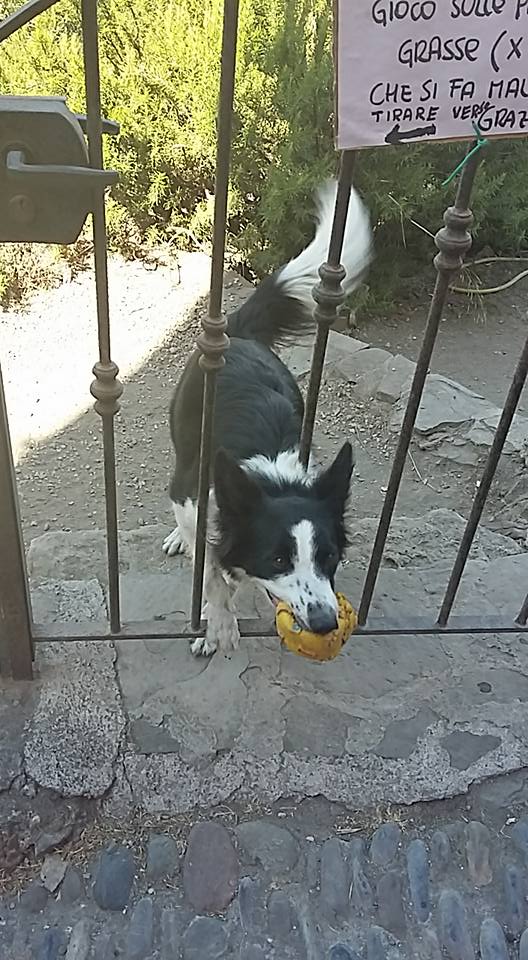 Though she eventually had to leave and get on with her day, Caterina makes sure to return every day to play a quick game of fetch. She also asked around the neighborhood and found out that because the dog assumes everyone wants to play with him, his family had to put up a sign to make sure he didn’t get hurt during a random game.

Could you resist a friendly furball with a wide smile and happily wagging tail? Especially one whose eyes are practically begging you to throw his toy? We think not.