Dog owners everywhere know the look: the flattened ears, the flickering tongue, the mournful eyes pleading for mercy. Dogs hate having their nails trimmed. And it’s a source of fear and anxiety for us humans, too, since there’s always a chance we could screw up and cause unnecessary pain.

Sure you can always pay a professional, but if you have to do it yourself, there’s a visionary man out there who can show you how to do it on the cheap. 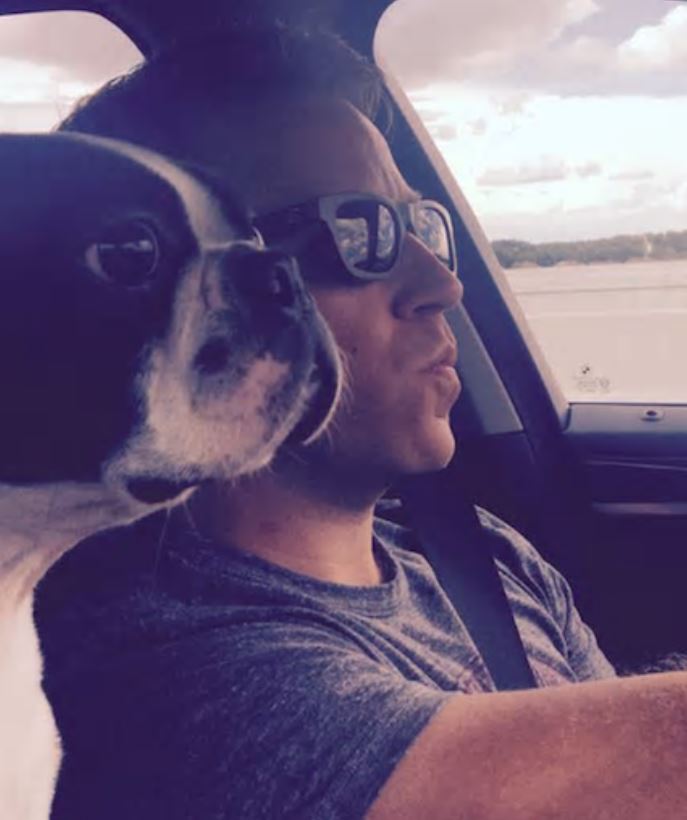 Oliver was rescued by the Peifer family a little over a year ago, and he’s a happy-go-lucky kind of pooch. Except when it comes to nail-trimming time. 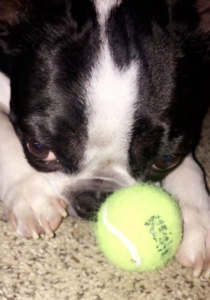 Somewhere along the line, Patrick read about a novel approach to this particular problem. Suspend your dog using a device like this: 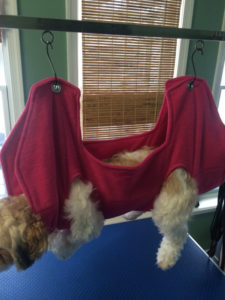 But instead of spending big bucks on one of these contraptions, Patrick opted for the DIY route.

He bought a purse at the local Goodwill, then cut out four paw-sized holes. Plopping Oliver inside, he mounted the purse from a pull-up bar and went to work: 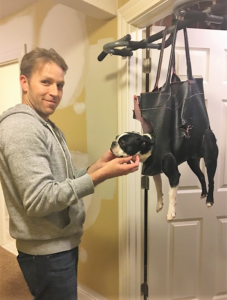 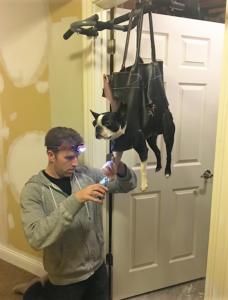 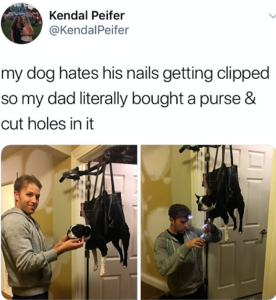 This is seriously too hilarious not to share with all the life-hack and dog lovers you know!