You never know when a single moment will change your life.

Retired chef Dino Impagliazzo was at a train station in Italy one day when he came across a homeless man in 2006. After they talked for awhile, Dino realized the stranger needed money for food because the places that offered free meals were closed on Sundays.

Moved by his story, Dino did more than give his new friend a single meal. Every Sunday, he began visiting the station to bring him and countless other people enough food to get them through the day. Before long, he launched an entire organization around the idea: RomAmoR.

When Dino first began the nonprofit, he was able to provide food for 80 individuals. As more people got involved in his incredible mission, that number grew. Eventually, RomAmoR became too big to use volunteers’ kitchens, so they bought a building to cook from. 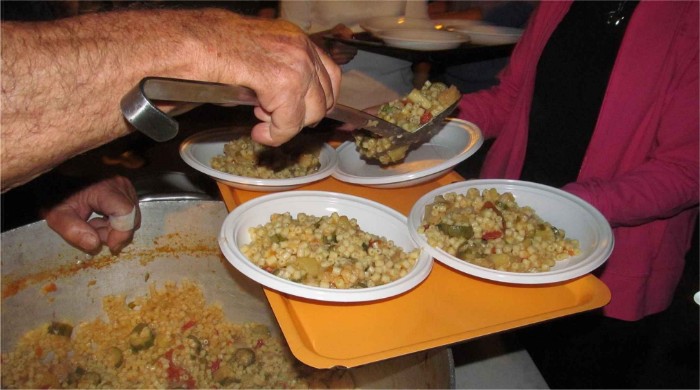 Almost 15 years later, Dino is still running the wonderful organization — at 90-years-old! Even better, he works with about 300 volunteers and gives away 800 meals each week. 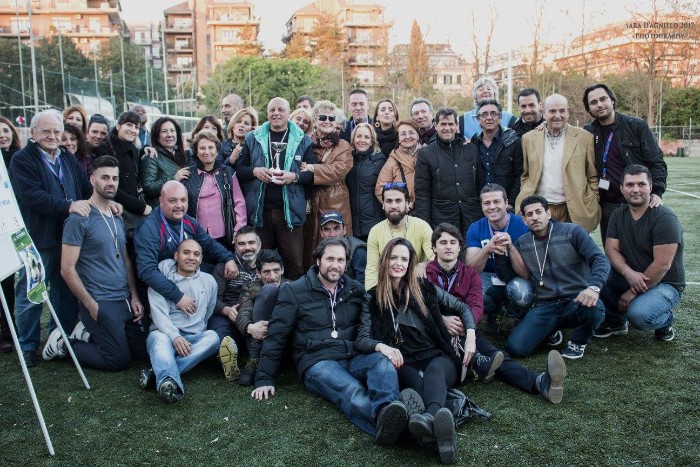 Many have come to know Dino as the “Chef of the Poor,” but he’s connecting people to more than just food.

RomAmoR is now able to distribute clothes and help people get medical services. Even better, they send volunteers out into the community so they can identify people’s most important needs. 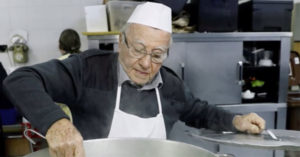 When Dino retired, he easily could have kicked back and relaxed. Instead, he realized he could use his unique gifts to make the world a better place for those without food security. Keep up the great work!

Learn more about Dino in the video below, and spread the word by sharing this story with your friends.