Two suggestions we’ve been hearing a lot from the judges of NBC’s “World of Dance” is that one, competitors need to make their routines look as effortless as possible and two, dance partners should appear light as a feather during lifts.

Viewers wholeheartedly agree that during this season’s “Duels” level of the show, Derion and Madison nailed both and gave so much more during their visually striking performance. 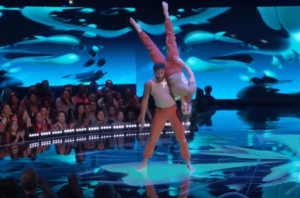 The contemporary dancing duo from Los Angeles, California, pack a ton of talent into their partnership and it really showed during their routine set to Sofi Tukker’s “Awoo.” Judges Jennifer Lopez, Derek Hough, and Ne-Yo were captivated from the start as Derion and Madison created stunning visuals with their arms. They had the crowd cheering and practically gasping within seconds.

The two moved with such strong energy and fluidity that they did, indeed, make their dancing look easy — which of course, it definitely wasn’t. In fact, Jennifer told them afterward that it “looked even more difficult than your last routine.” 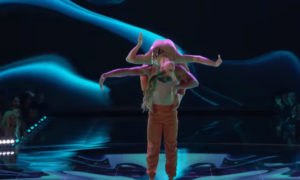 Nearly every time Derion picked up Madison, it was as if she was weightless. They both flew around the floor like gravity had no hold on them. 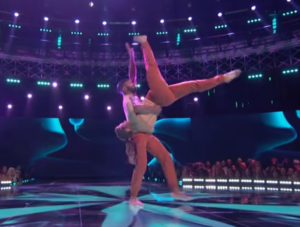 All of the judges clearly loved the duo’s routine. Jennifer called it innovative and interesting, while Ne-Yo commented on its animalistic aspects as well as its “tribal grit,” calling it “beautiful but ugly at the same time” in the best way.

“The creativity that you produce as a partnership is amazing,” Derek gushed. “I wanna see what you do next.” 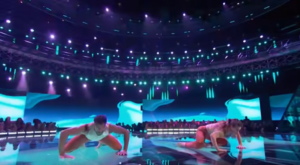 Ultimately, the pair earned an average score of 90 from the judges, beating out Derek Piquette. Now they’ll be able to move on to the second “Duels” round, where they’re sure to blow the competition out of the water. Good luck, you two!

Check out their incredible moves for yourself in the video below, and share their talent with the world.