For Dr. Alice Splinter, it was just another day at work. Little did she know that her husband had been working behind the scenes to give her a surprise she’ll never forget.

Alice’s husband, Dr. Joshua Splinter, is a physician for the Texas Army National Guard reserve. Joshua has been deployed for the past five months in the Port of Africa, and when he learned that he was being sent home earlier than planned, he decided not to tell his wife so that he could surprise her. 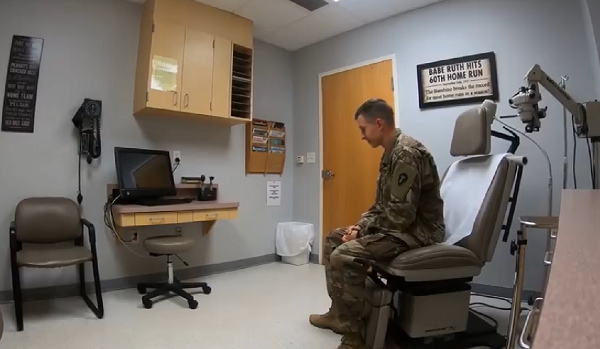 Enlisting a friend for help, Joshua went to his wife’s medical clinic and was put into a patient room. His friend left to get the doctor, and when Alice entered the room, the look on her face was nothing short of astonished.

“It took a second for me to take it in,” she later explained. “I honestly almost passed out. My knees got a little weak, but I was so happy to see him I just tried to hug him and stand there and take in the moment.” 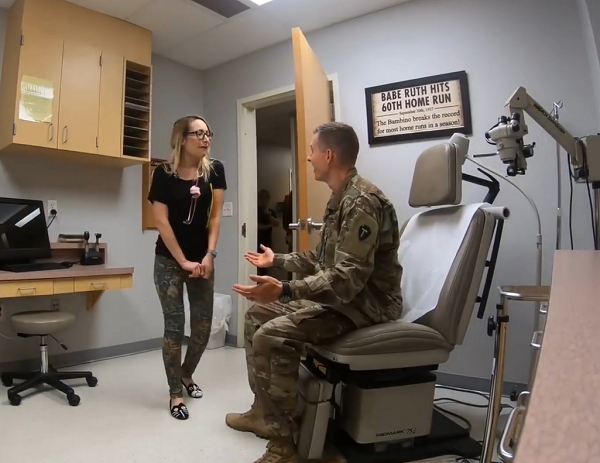 As soon as she realized that her husband was sitting in front of her, Alice jumped into his arms and he lifted her straight off the ground in a huge hug. Joshua said that he was especially happy to see his wife because she’d been such a strong mother for their family while he was away. In the five months he’d been in Africa, Alice had to single-handedly move the family to a new town to finish her residency.

“In the meantime, while I was there deployed … she was really just holding everything together while I was just out, you know, having fun.” He’d even gone so far as to fib about what time zone he was in during their daily phone calls, trying to keep up the illusion that he was still deployed. 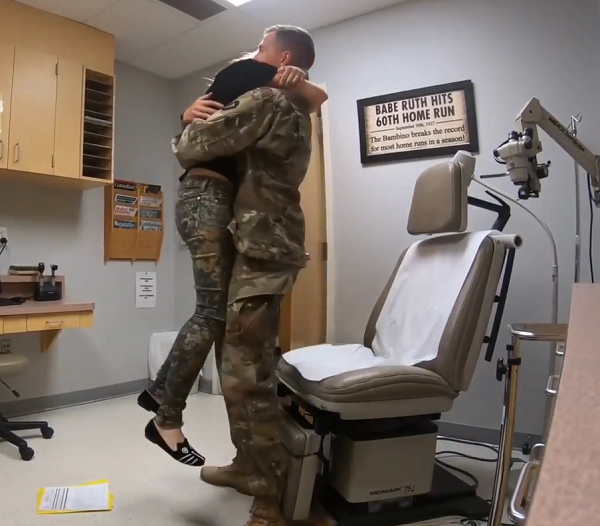 “I’m talking to her on the phone and I’m having to say, ‘Alright, I have to go to bed,’ but really it’s the same time. Otherwise, this is all gonna give it away,” Joshua said. That’s why he decided to do something special for Alice when he returned, and he knew surprising her at work would literally make her day!

We are always so happy and thankful to see one of our service people return home safely! Watch Joshua surprising Alice in the video below, and please share to thank this military family for their sacrifices.

What happens when a consult turns out to be your husband home early from deployment!? Welcome back Dr. Joshua Splinter! What a great surprise for his wife, pediatrician Dr. Alice Splinter. Big thanks to Dr. Swartwood for helping coordinate the surprise. Dr. Splinter will begin his practice with the Lakeland team in November of 2018.