Everyone loves seeing people do the right thing, even if it comes at a risk to themselves, which is why HumansBeingBros has such a big following.

Those familiar with Reddit know this social media site has a bunch of subsections, and HumansBeingBros is one of the most heart-warming because of its content, which shows humans acting selflessly. One of the more popular videos that’s popped up in recent days comes to us from vindictive_echidna, and it really does show humanity at its absolute best. 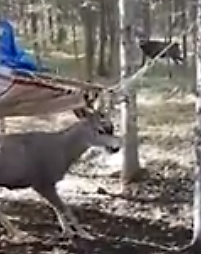 The footage is grainy, but it features a deer whose antlers have gotten hopelessly entangled in a hammock in someone’s backyard. If he ever wants to run free again, he’s going to need some human intervention.

But this poor deer probably already thinks he’s under attack by the hammock (silly deer), and now this woman comes at him with a pair of pointy hedge shears? He’s figuring he’s done for. But he’s not going down without a fight.

The kind-hearted woman continually tries to get close enough to snip the mesh fabric. The scared buck responds by rearing up and helplessly thrashes around, trying to warn this Good Samaritan and her evil-looking shears away. And thankfully, she’s smart enough to stay out of striking distance. 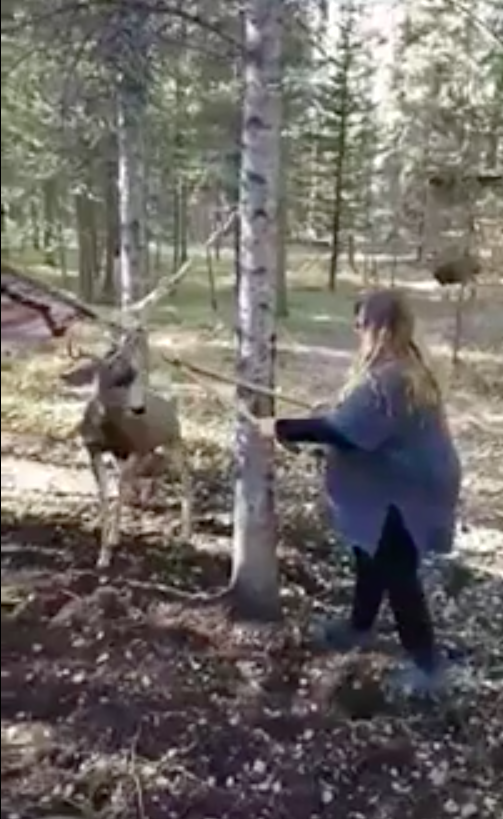 He’s been fighting for his life for a couple minutes now, and by the end of the video, he’s worn out and the fight’s pretty much gone. Fortunately, that allows the woman to get close enough, and after a couple well-aimed snips, he’s finally free!

Watch the full video down below, and share to spread thanks this young deer lived to see another day!

This deer got its antlers stuck in a hammock. from r/HumansBeingBros