Daylan McLee believes every life is precious, no matter what.

So when the 31-year-old spotted a cop in grave danger, he didn’t think twice. In June, he heard a crash outside his home in Uniontown, Pennsylvania. Outside, he saw a police car was on fire — with the officer still inside. At that moment, the past didn’t matter. This man needed help! 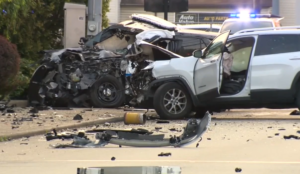 About four years ago, Daylan rushed to pick his sister up from a bar after she called him and explained that a fight had broken out. When he arrived, he saw a stranger holding a gun in the car park. Daylan quickly disarmed the man and tossed the weapon to the ground.

Instead of being hailed as a hero, Daylan fled when at least one responding state police trooper fired shots at him. Later, he was wrongfully arrested and spent a year in jail before he was acquitted.

This wasn’t the first or last time Daylan was unfairly treated. Still, that didn’t stop him from risking his own life to pull Officer Jay Hanley out of his totaled patrol car and away from the spreading flames in 2020. 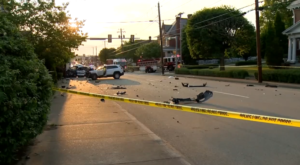 “There is value in every human life. We are all children of God, and I can’t imagine just watching anyone burn,” Daylan told 6ABC. “No matter what other people have done to me, or other officers, I thought, ‘This guy deserves to make it home safely to his family.'”

Hanley suffered a serious leg injury and underwent surgery after the crash, but thanks to Daylan, he’s still alive! 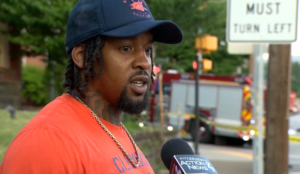 Neither Hanley’s family nor his fellow officers could be more grateful, especially considering Daylan’s painful past with police.

“We need to work on our humanity… that’s the main problem of this world. We’re stuck on how to get up or to get even, and that is not how I was raised to be. You learn, you live, you move on, and I was always taught to forgive big,” Daylan said later. “You can’t base every day of your life off of one interaction you have with one individual.” 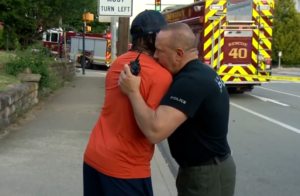 We can learn so much from Daylan’s actions and his willingness to forgive. Not only is he a wonderful role model to his 13-year-old son Avian, but he’s also a great example for the world!

Learn more about the daring rescue in the video below, and share this story to thank the hero.