It’s hard to define. But you know bullying when you see it. And while it’s happened relentlessly for generations, people are actively taking a stand against it.

Bullying affects countless people, sometimes in the most unforgiving ways. And it doesn’t just happen to children. 48-year-old Sean O’Brien became a viral sensation because of an insulting post by a stranger. The good news is that he had a group of beautiful ladies who stepped in to put a stop to it. 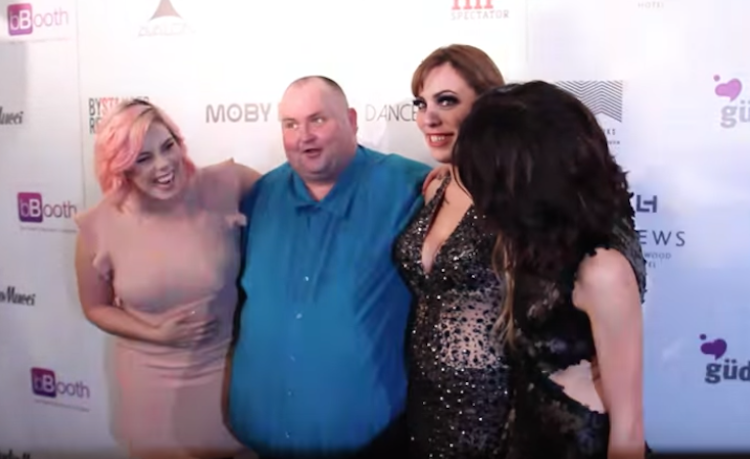 The England native was dancing at a show when someone noticed him getting his groove on. But instead of dancing along, they made fun of him. Sean, embarrassed, stopped dancing, but someone had taken his photo, and posted this pic below online. 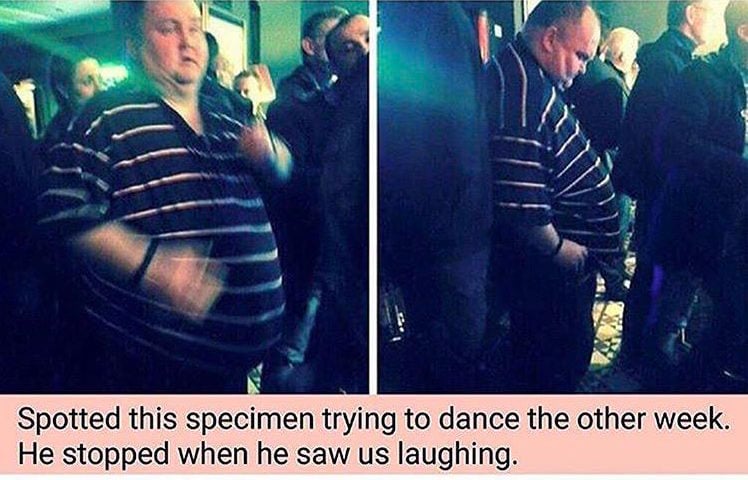 How insulting and rude!

But what happened next was so special. The photo got into the hands of some ladies in Los Angeles. They were complete strangers who were devastated to see the picture and immediately wanted to step in to help.

One of those strangers was social activist Cassandra Fairbanks. 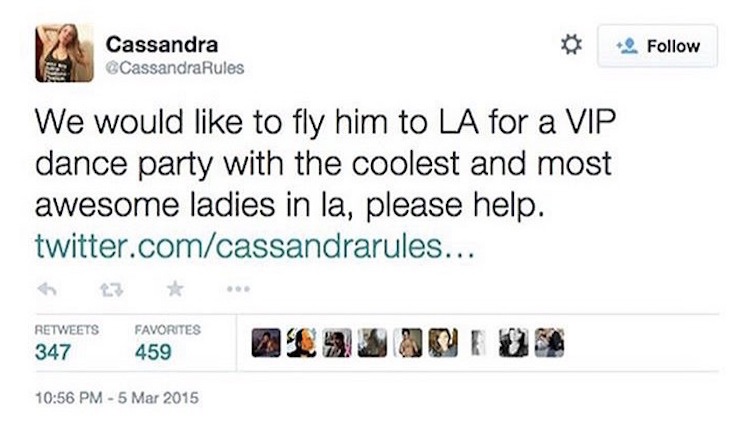 She also sent out this message. 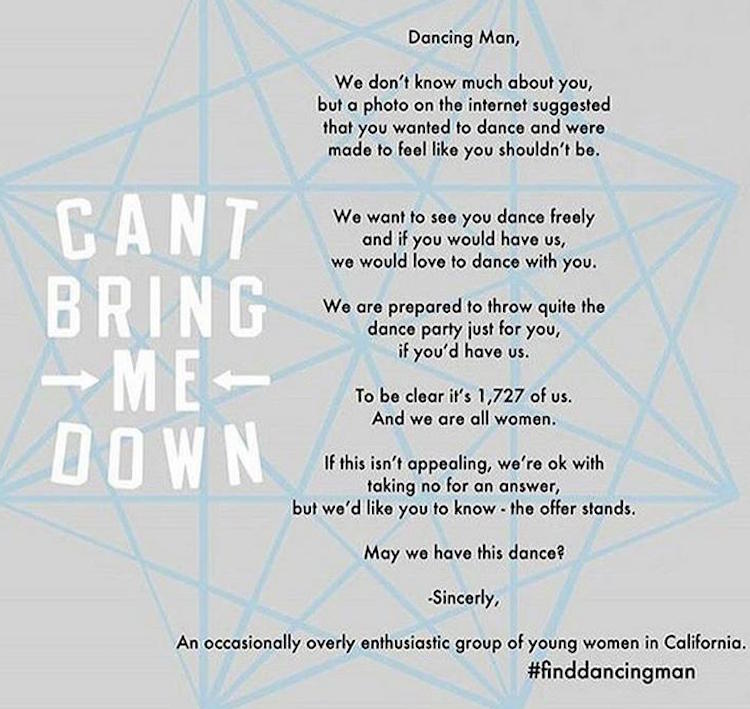 And the responses came rolling in, even from celebrities. 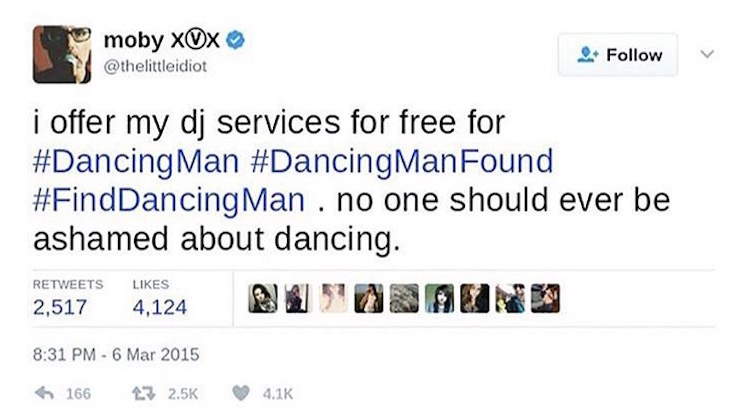 It wasn’t soon before Sean learned the entire west coast was trying to find him. 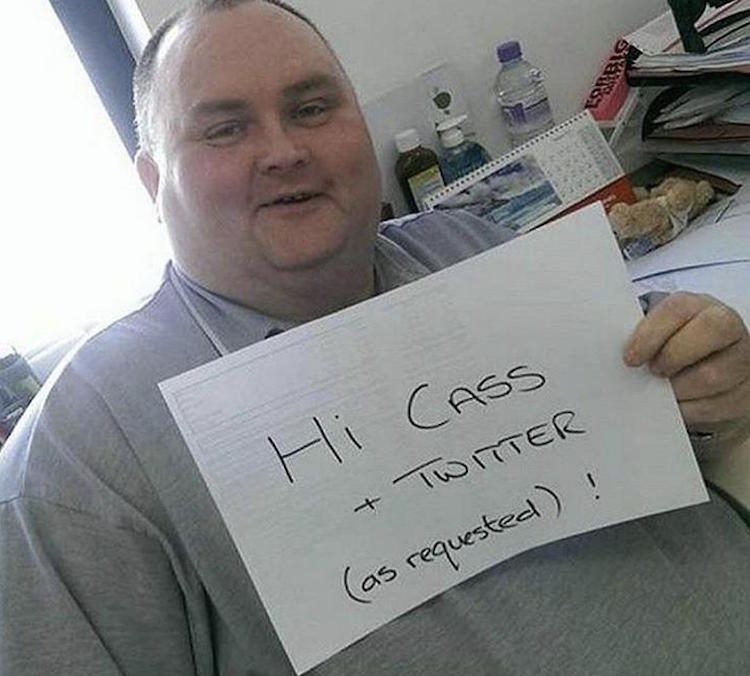 The ‘Dancing Man’ had been found.

Sean was flown out to California where he was given the all-star treatment. Festivities were organized by Dance Free Movement and over 1,000 people showed up to dance with Sean at his own private dance party at a popular club in L.A. 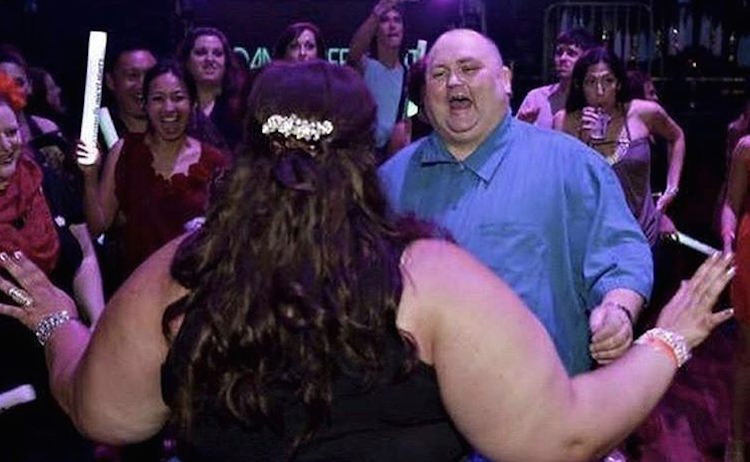 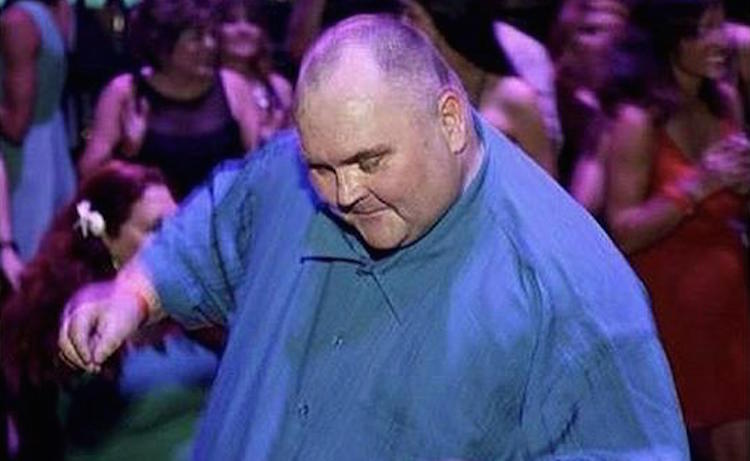 But the fun didn’t stop there. Sean danced with Meghan Trainor on The Today Show, threw out the first pitch at Dodger Stadium, and even has since met Neil Diamond. And oh ya, he now has more than 64,000 loyal followers on Twitter. 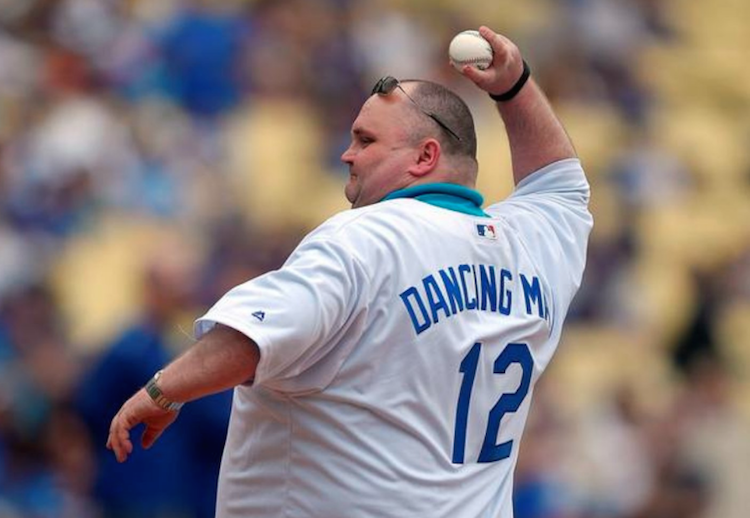 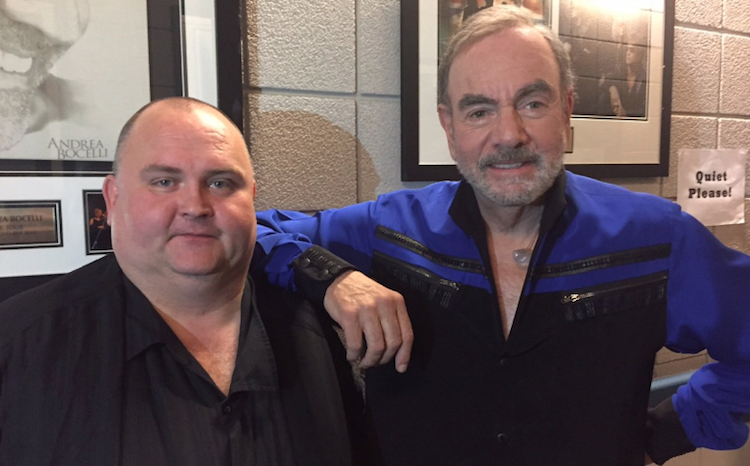 Without a doubt the experience has changed Sean’s life forever. 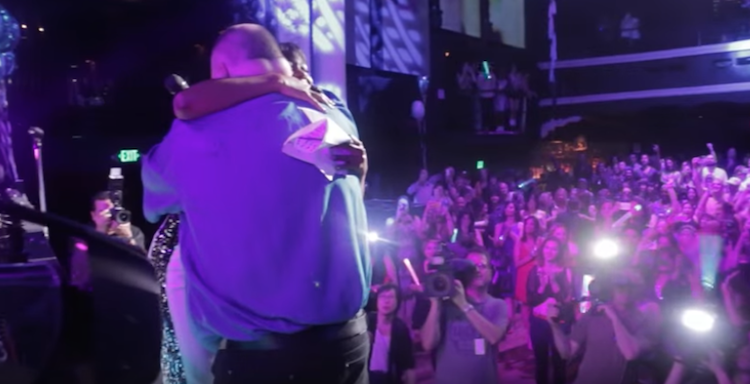 “Enjoy yourselves. Have a dance. Have a drink … get me to dance with ya. I’ll try to dance with everyone I can,” Sean told his new friends before kicking off the dance party heard around the world.

You can watch ‘The Dancing Man’ mini-documentary below. The half hour video is likely better than anything you’ll watch on Netflix today.

Share this story for anyone who loves to dance!