The teens on the Tuscola High baseball team in Waynesville, North Carolina can’t always ensure a victory on the field, but one thing they know for sure is that their biggest fan will be rooting for them on the sidelines of every game.

Dalton Carter is a seventh-grader at Waynesville Middle School who is a “die-hard” sports fan. While he would love nothing more than to join his friends on the field he’s physically unable to do so because Dalton suffers from cerebral palsy. This physical disability relegates the fourteen year old to the sidelines where he prides himself on being the best fan he can be. 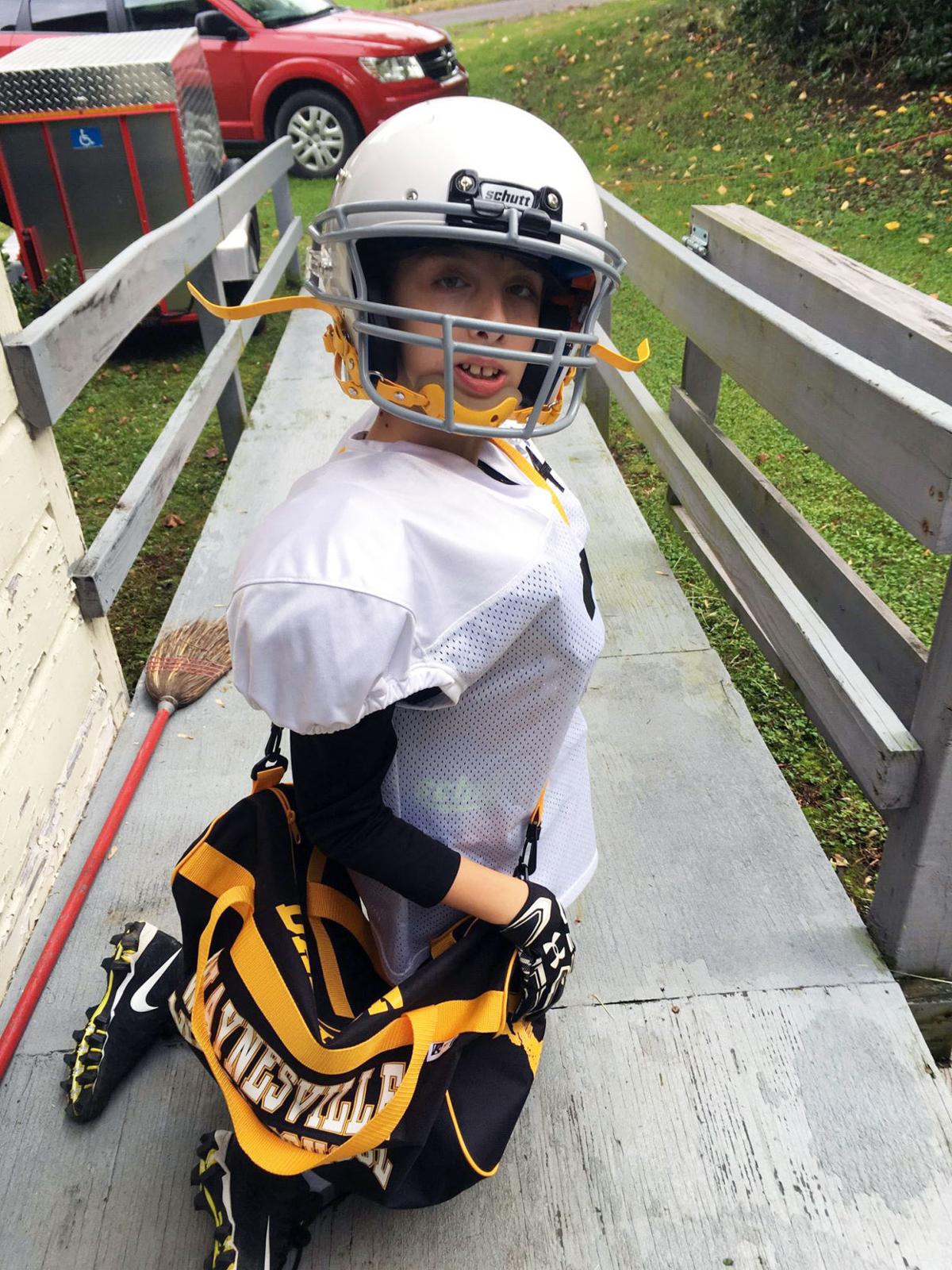 Dalton cannot walk without assistance and relies on a wheelchair to get around. The players on the Mountaineers baseball team have adopted the teen as their unofficial mascot, helping him onto the field before games so that he can warm up next to them and get a taste of the experience of being a member of a team. The players love hearing his voice from his spot in the dugout as he calls out words of encouragement and advice during the game.

“Dalton felt included and appreciated by the boys and the coaches,” said Dalton’s grandmother and legal guardian Phyllis Austin.

“It’s very nice to have him there supporting us,” agreed player Ezra Burgess. “It puts a drive in our minds, and anytime you’re mad, he’ll calm you down with just a smile. He’s the heart and soul of this team.”

During a recent game in Madison, North Carolina, Ezra and his fellow teammates had a chance to show Dalton just how important he is to them. The week before the game had been wet and rainy, and when Dalton showed up in his wheelchair they knew right away that he would not be able to navigate down the gravel hill to the field. Without missing a beat, Ezra lifted his friend out of his wheelchair and carried him down to the dugout. 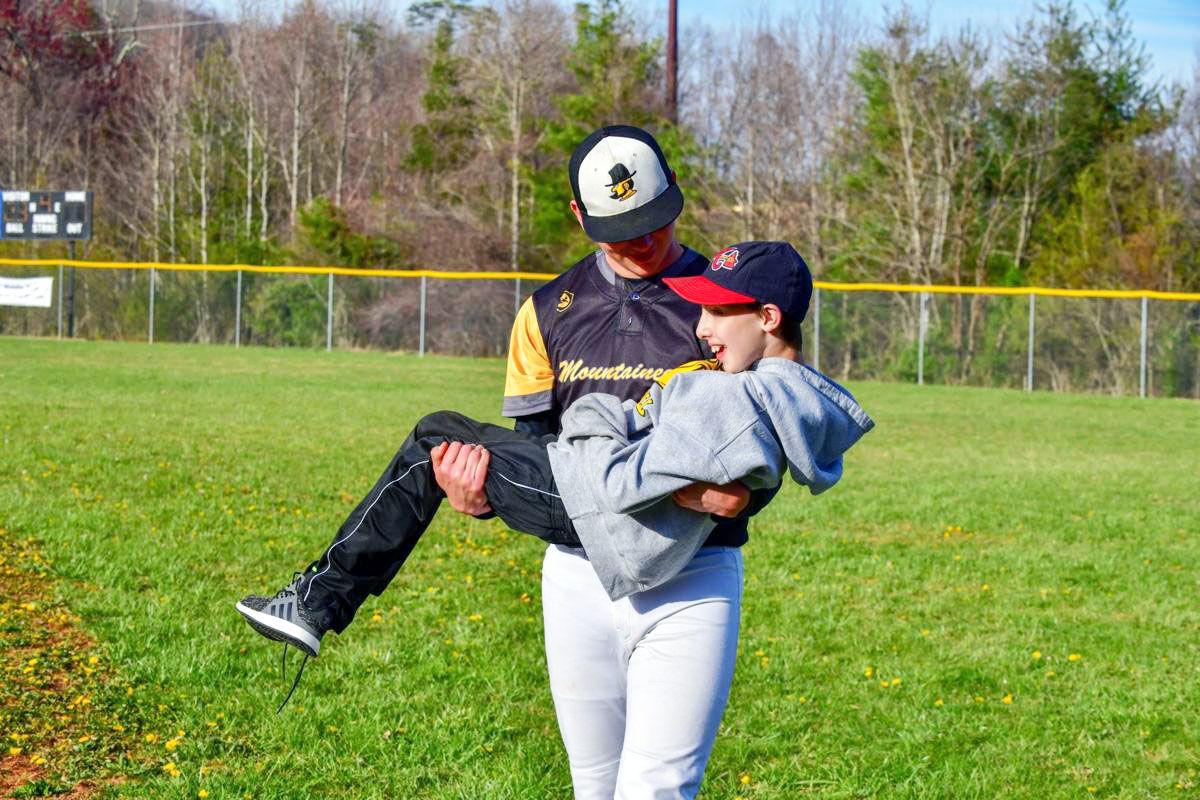 “It was just the honor of helping a good friend in need,” Ezra said modestly, adding that this wasn’t the first time, nor would it be the last, that he carried his friend to give him access to the field.

“Ezra carried Dalton that day, so Dalton could enjoy the game,” said Phyllis. “All of these boys deserve to be recognized for their accomplishments, but [also] because they’re a great team of friends who care about others.” 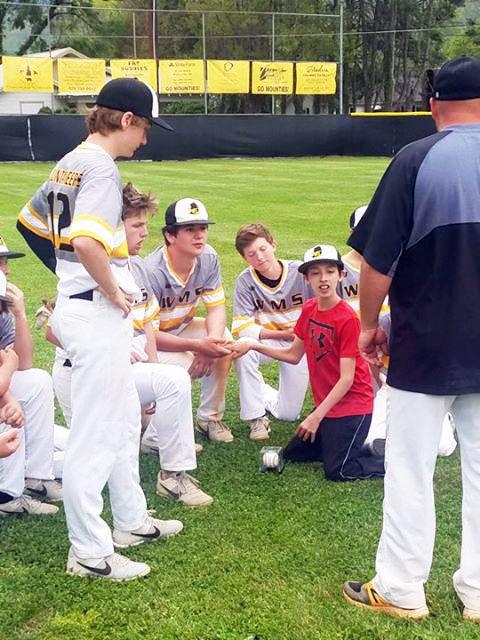 This is the true definition of teamwork! All of these young men should be proud of themselves for being so inclusive and seeing past Dalton’s disability to the sports-loving human being that he is inside. It does our hearts good to know that there are such kind and thoughtful teens out there who are willing to literally lift a friend up so that he can join his team. Way to go, Mountaineers!

Please share this story to inspire more people to find ways to include those with physical impairments like Dalton’s.