Still, comedy is a hard business to break into. But Chaponda finally got a chance to show the world his skills on Britain’s Got Talent. 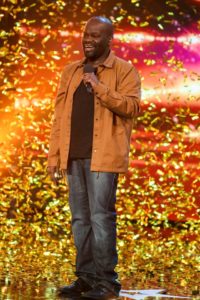 The audition paid off in a big way for Chaponda, a Malawi native, who uses humor about both Malawi and British cultures to make his comedic sets unique.

After his 90-second performance on Britain’s Got Talent, Chaponda learned he was destined for the shows semi finals when as confetti fell and fans celebrated. One of the shows judges, Amanda Golden, pressed the Golden Buzzer, assuring Chaponda’s advancement to one of the most important episodes of the show. 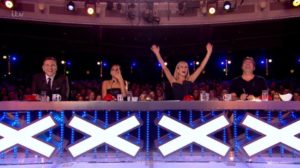 Watch the video below to hear the performance that earned Chaponda the coveted Golden Buzzer.