True sportsmanship isn’t about being the best athlete or even winning. It’s the sense of fellowship forged between teammates and competitors by their shared love of the sport.

The world saw a beautiful example of just that on the opening day of the IAAF World Athletics Championships in Doha, Qatar, this September. Guinea-Bissau runner Braima Suncar Dabo was in the final lap of the men’s 5,000-meter heats when he saw his opponent, Jonathan Busby of Aruba, about to collapse.

The temperature on the track was 99 degrees but felt closer to 122. And the track’s air conditioning vents were switched off as to not affect runners’ performances. Without a second thought, Braima stopped to wrap his arm around Jonathan and help him finish. 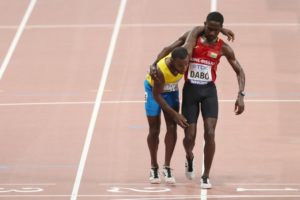 Everyone in the stands rose to their feet, touched by the gesture of friendship. Their cheers grew deafening as the pair got closer and closer to the finish line. When they crossed it together, the crowd went wild. 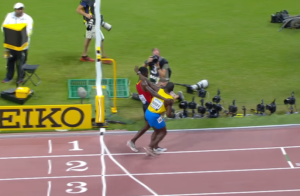 The next day, Jonathan got the chance to thank his new friend.

“You’re the biggest man with the biggest heart,” he told Braima before the two shared a heartfelt embrace. 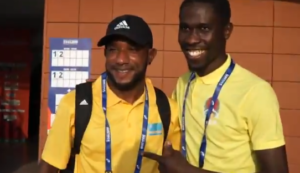 But to Braima, the choice to stop and help was an easy one.

“I had my goals to represent my country as well as possible,” Braima told reporters. “We were the only ones on the track and I thought it was better to help him than to get past him. I think anyone in that situation would do the same.” 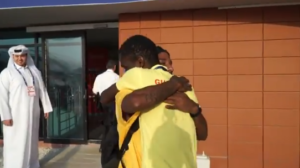 Braima may not have beaten his personal record that day, but he definitely became a hero. And helping others is always a win in our book.

Check out more footage of Braima’s selfless act below, and be sure to share this sweet example of sportsmanship.

If you thought their race was emotional, just watch this… 😭#WorldAthleticsChamps pic.twitter.com/NrYcmoN3eK