Some of the most beautiful sounds in the world come from an instrument many don’t know exists.

Allow us to introduce you to the cristal baschet, a one-of-a-kind percussive instrument that transports listeners to the outer reaches of space. It’s as strange as it is mesmerizing — and likely heard on your favorite science fiction soundtracks. 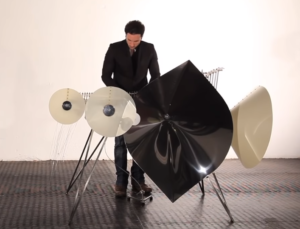 While obscure, the cristal baschet recently went viral when a Reddit user shared a video of the “incredible instrument” being played. Created by brothers Bernard and François Baschet in 1952, it features glass rods, ﬁberglass cones, and a large steel plate. Players rub the rods with wet fingers, creating vibrations that are amplified by the cones and plate. 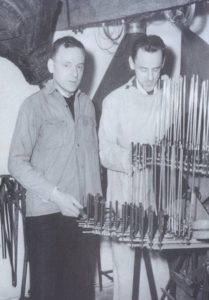 The resulting sounds can best be described as ethereal and sometimes, even haunting. As heard in the video below, the instrument creates a powerful ambiance — the perfect music for any film about space.

Most who hear it can’t help but marvel at its evocative effects. One listener, Siddharth Tewari, captured the feeling perfectly in his eloquent description on YouTube.

“It touches the [soul]..as if the instrumentalist is hitting on the sounds that titillate the nerves..soothing them and sending me to deep trance! While it resembles the sound of Indian instrument called Sarangi, the stretch of tone with sharp end spreads the music across my spine!”

Another summed up our feelings nicely, simply calling it “magical.”

This has to be one of the coolest instruments ever. We could listen to it all day!

If you feel the same, treat yourself with another demonstration from musician Marc Chouarain, in the video below. Share so others can enjoy this gorgeous music, too!