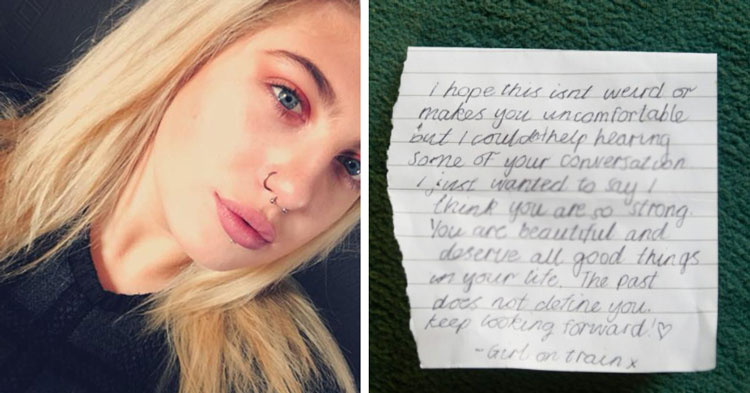 When it comes to public transit of any kind, earbuds are basically the universal sign for “I’m not interested in chatting.” Planes, trains, buses, it doesn’t matter – if a person has earbuds in it’s safe to assume he/she doesn’t want to speak or be spoken to.

So, when 17-year-old Courtney Robb was chatting with her friend on the train, she didn’t think anything of the stranger across the aisle with her earbuds in. 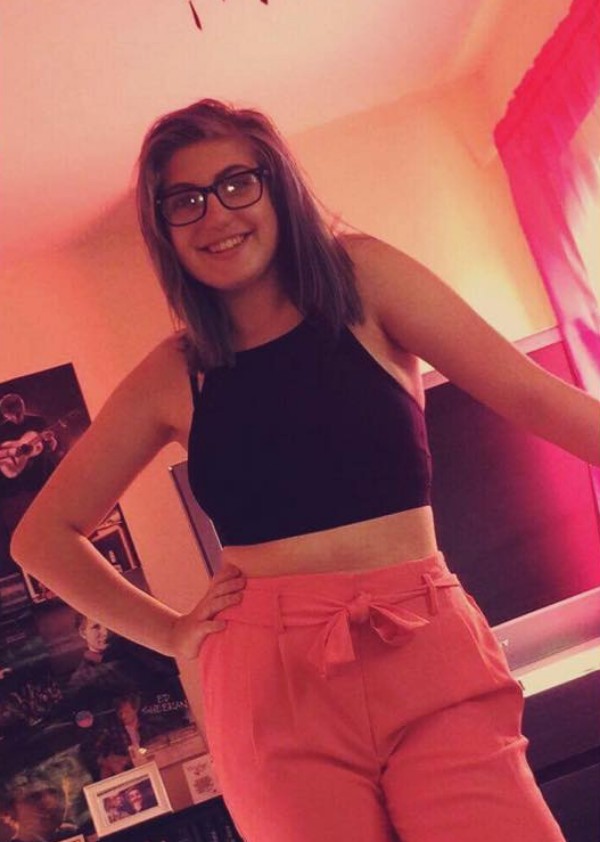 Earlier this month, while traveling home on the train, Courtney opened up to a friend about her anxiety. She’d just started a new course at Aberdeen College where she is studying professional dance; on top of the stress of school, Courtney told her friend she’d been the victim of a crime and was having to deal with the pressure of giving statements to the police.

Courtney didn’t think anyone other than her friend was listening. Then, she got home and saw a note in her bag. 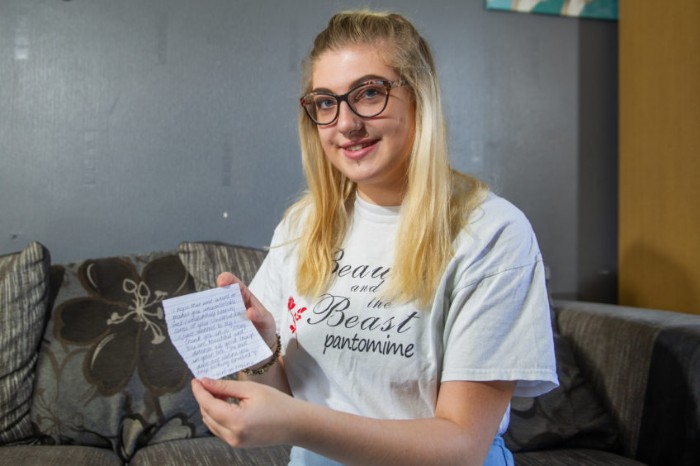 Courtney said she “wanted to cry” when she read the note, because it had come at the perfect time and was “exactly what she needed”. The note read:

I hope this isn’t weird or makes you uncomfortable, but I couldn’t help overhearing some of your conversation. I just wanted to say I think you are so strong. You are beautiful and deserve all good things in your life. The past does not define you. Keep looking forward. 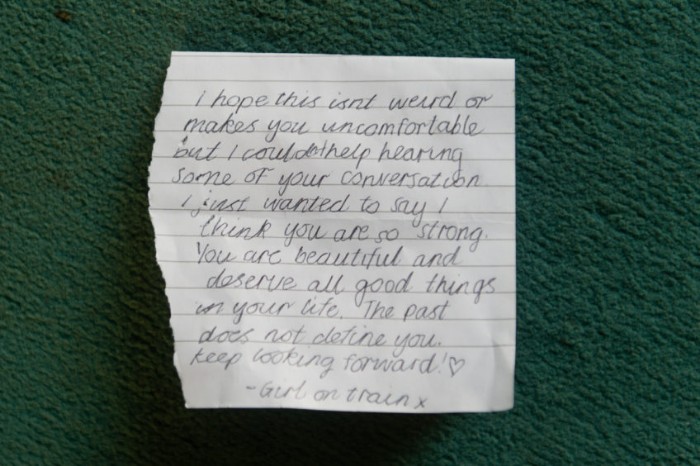 Courtney has little memory of what the stranger looked like, but hopes to find out who she is so she can thank her in person because the stranger “deserves to know how thankful” Courtney is.

Whoever the sweet stranger is, her act of kindness made a big impact on Courtney. What a sweet reminder that you never know what the person next to you is going through— and it doesn’t take much to turn someone’s day around!