Everyone deserves to find love, and sometimes it doesn’t take long!

For 23-year-olds John Rush and Shanae Nicholes of Ohio, their special moment came when they crossed paths at a local dance group. They instantly connected, which isn’t too surprising considering how much they have in common. 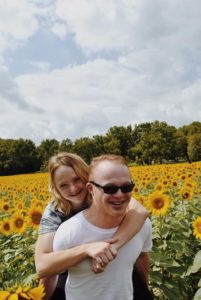 Both love dancing, the great outdoors, and riding horses. They also both have Down syndrome. Their friends call them two peas in a pod, and we couldn’t agree more.

It wasn’t long before the two were inseparable. They went to prom and became a couple as soon as John worked up the courage to ask Shanae to be his girlfriend. John’s father David Brown said now they’re “basically attached at the hip.” They even wear matching shirts most of the time.

So after two years of dating, it was only natural for John to pop the question — and for Shanae to say yes. 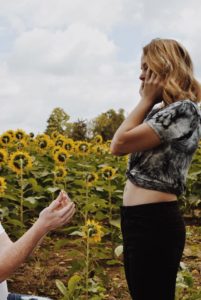 The special moment was captured by photographer Megan Van Dam in a gorgeous sunflower field, one that perfectly reflects their joy — and Megan’s. 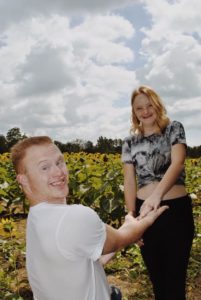 See, Megan has know John for years. In fact, she calls him her best friend. As someone who has been in his life for so long, she’s witnessed the awful way some people have treated him and doubted his ability to live an amazing life. So after the shoot, Megan posted the photos online to show off the awesome couple, and now their story is inspiring strangers all over! 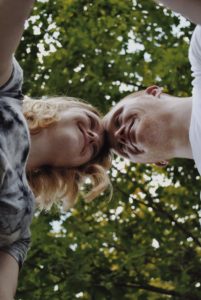 “They share a love greater than one I have ever seen,” Megan wrote. “Together, they beat the odds that some people may have against them and prove they are capable of being loving and most importantly being loved.” 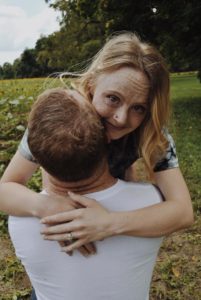 David is equally proud of John and his new fiancé. “These two amazing people have been a blessing in our lives, and I hope their love story reaches other parents with children that have special needs,” he said. “Love always finds a way — and I’m so glad it found it’s way to John and Shanae.” 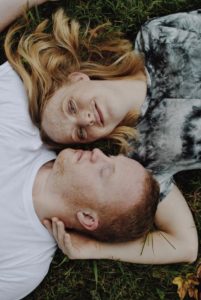 With their friends and family members cheering them on, Shanae and John can’t wait until their big day in May 2020. In the meantime, we’re sure they’ll continue spending every free second together.

Spread the love by sharing this story!