When the parents of a small Ashville, NC neighborhood decided to throw a block party for their kids, a disgruntled neighbor called the police.

Their reason for calling was somewhat valid: the families living in the four block neighborhood constructed a makeshift slip-n-slide on a downhill section of their neighborhood road. The caller complained that the contraption ‘blocked’ the road and called police in response. Officers Joe Jones and Carrie Lee quickly showed up to assess the situation… but then did the last thing anyone expected. 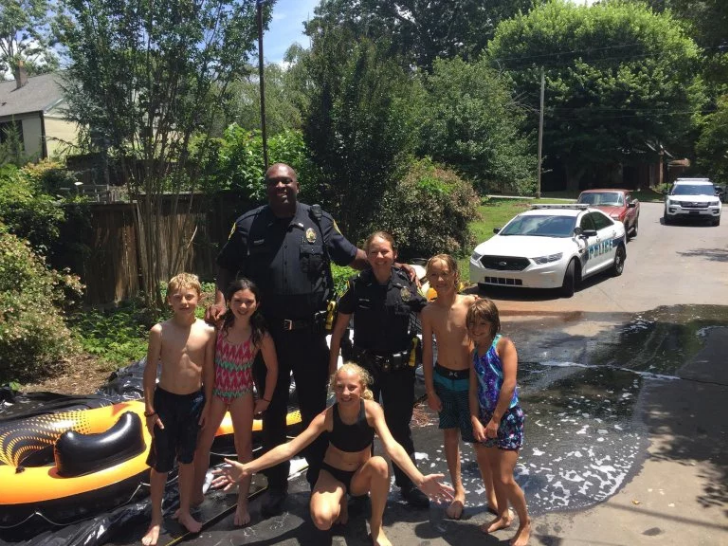 Instead of shutting down their party, both officers assured the parents that since the contraption was not blocking cars from driving by, they did not have to remove it. Then they decided to make sure the slip-n-slide was in proper working order.

Officer Jones jumped in an inner tube with one of the kids and slid his way to a good time.

There were more than 20 kids that showed up on the 4th of July to have a blast on the makeshift contraption… and the smiles on their faces after realizing their fun was just beginning was too good not to share. Parents couldn’t have been happier with the outcome. 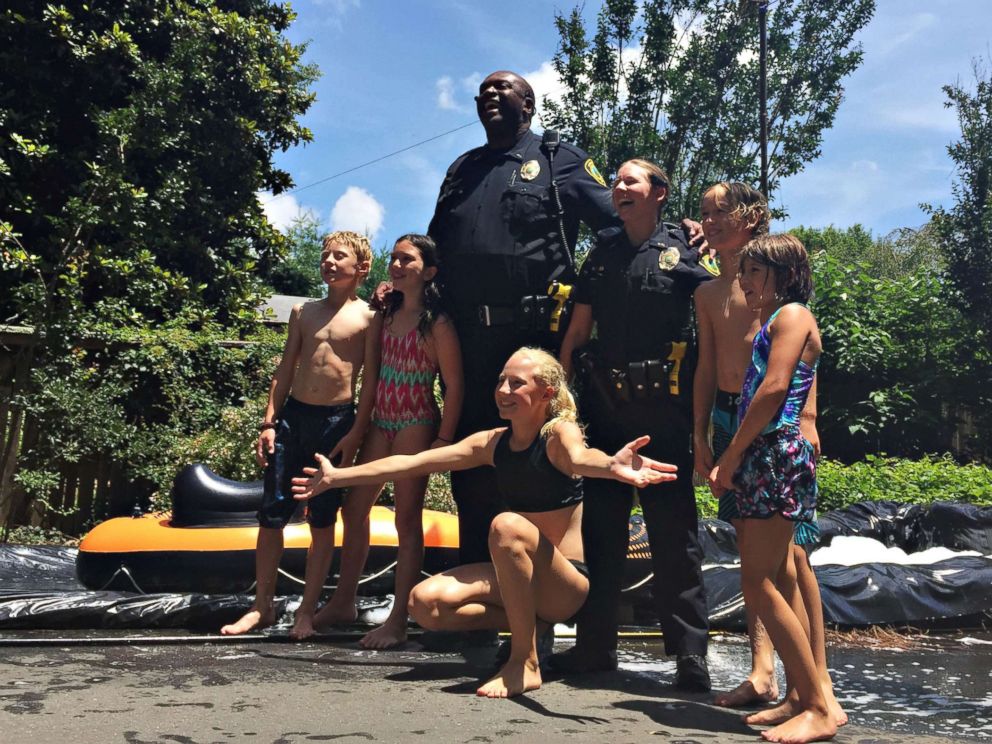 “When the officer asked for a garbage bag, we almost didn’t believe it. But she took off her radio and went for it!” said Katlen Smith, one of the parents involved with the fun.

“All the kids were loving it,” said Chuckie Velvet, a nearby resident who caught the epic moment on camera.

It’s wonderful to see police officers having fun and building relationships with those in their community.