Rush hour is nothing new to the millions of commuters who experience it every day. But what interrupted the flow of San Francisco traffic one Tuesday morning in April was definitely something drivers hadn’t seen before.

It was around 8:30 a.m. when Officer Pereira with the California Highway Patrol (CHP) received the call about a marine mammal stopping cars on a busy highway. So he took on the task of wrangling the adorable “perp” into his cruiser. 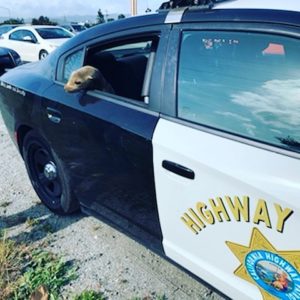 It’s believed the baby sea lion wandered from the nearby Colma Creek onto the road, where the overwhelming sights and sounds confused and frightened the poor thing. 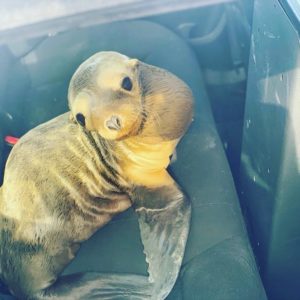 The animal’s feisty attitude was on full display, though, as motorists tried coaxing it away from the road. One guy tried — and failed — to herd it with a handkerchief. 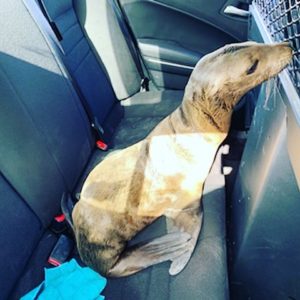 But as it turns out, the sea lion has a healthy respect for authority. It put up no such fight when Pereira arrived. “Officer Pereira opened the door to his patrol vehicle and the sea lion willingly jumped right into the back seat,” CHP wrote on Facebook. 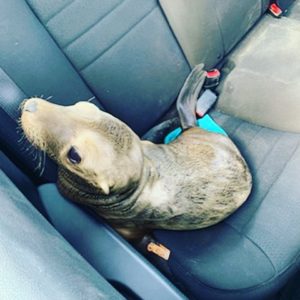 This probably wasn’t how Pereira thought he’d be spending his morning, but he clearly got a kick out of the whole thing. Fortunately, police say the sea lion appeared healthy and uninjured. And the cutie got to ride in style to the Peninsula Humane Society. From there, it was transported to the Marine Mammal Center in Sausalito.

While this is an undoubtedly amusing situation, we’re just glad the sea lion is okay! It would have been so easy for it to get hit by a car. Thanks to everyone involved, the little sweetheart is well on its way to recovery.

Share this story with other daily commuters to give them a laugh.