If you saw someone stalled in the middle of an intersection, would you jump out to help push them out of harm’s way? Many people would just go around, perhaps a little annoyed at the inconvenience it caused them.

But others would in fact stop, get out of their own cars, and help the stranded motorist. After all, we’ve all been there. Perhaps not literally, but we’ve all experienced a situation where many look the other way when we wish they’d lend a helping hand.

The clip below shows an everyday occurrence, but it’s a heartwarming testament to the dedication of one state trooper and the power of teamwork. Good Samaritans do exist!

The video started circulating earlier this month and shows the lengths our men and women in blue go to in order to keep our streets and communities safe. 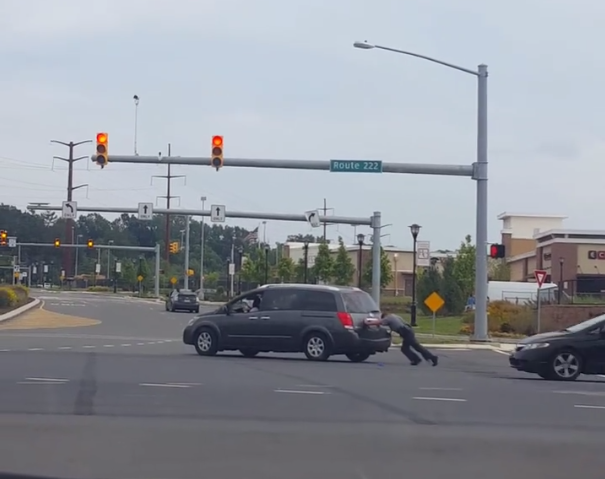 Taken on July 12, the video shows Pennsylvania State Trooper Stephen Florey pushing a dark gray minivan through a busy intersection as dozens of motorists fly past. 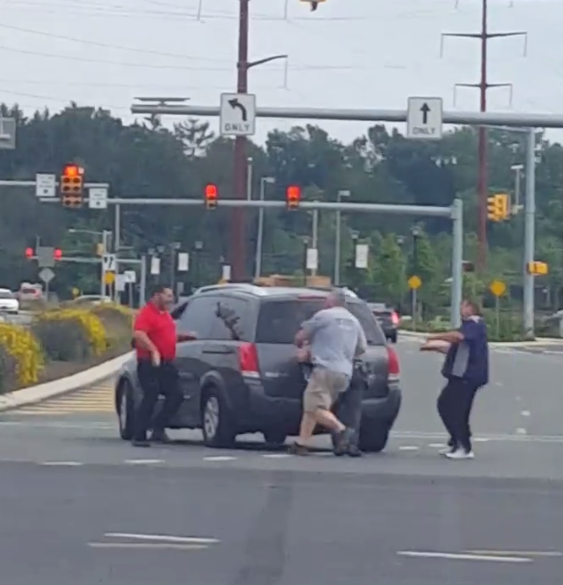 It looks like he’s on his own as he struggles to push the car off to the side, but at about 40 seconds in, a group of passersby rushes to his aid. 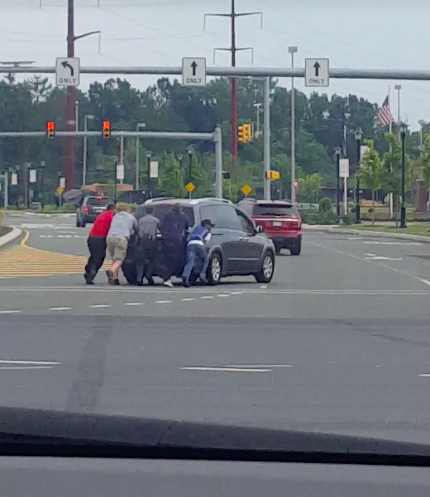 Some viewers questioned why Stephen didn’t just move the minivan with his own car, which is equipped with “push bumpers,” but…

“I was so glad I was there to capture that awesome moment,” said Sienna Smith, who shot the video. “I was so thrilled when others pulled up to the opposite red light and were able to jump in to help.”

Watch the video below.

Share to show that a little teamwork goes a long way!