A little girl with cancer had a great first day at school thanks to a kind police officer who decided to make her day – even though he gave her uncle a traffic ticket.

Matthew Manley was driving back from the hospital after his niece’s chemotherapy session when he was pulled over by Officer Shawn Birdsong. Manley knew his license plates weren’t up to snuff, so a ticket didn’t surprise him – but Manley began to get nervous as Officer Birdsong rifled around in the back of his patrol car.

Birdsong finally walked back to Manley’s car holding a backpack for Manley’s niece.  In the backpack, the officer had put together a “care kit” filled with clothes, stuffed animals and school supplies. 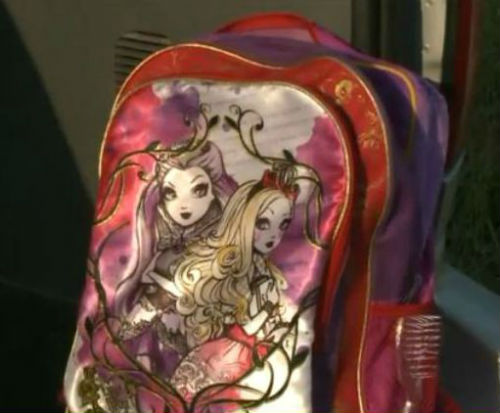 One of the best parts: hidden inside the backpack was a handwritten note – but not the kind usually received from our boys in blue.  It read, “From officer Shawn.  Hope you get to feeling better real soon!!”

Since the heartwarming traffic stop, Officer Birdsong has called to check on the little girl several times.“It brought me to tears again. He’s called and checked on her three or four times since then” 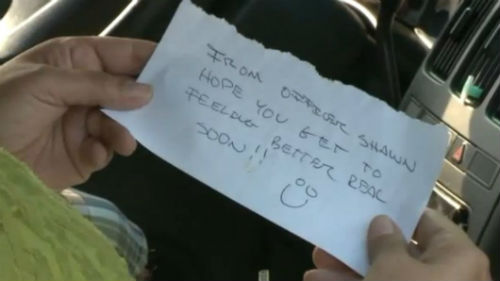 Officer Birdsong did his part to help a little girl with cancer have a better day. What a telling example for all of us to have compassion. It really matters.