There are a lot of milestones in a person’s life, and as a parent, watching your kid go into their first day of school is one of them. It would take a lot for most parents to miss that special moment.

Police officer, Andy Mattaline wanted nothing more than to watch his 5-year-old son, Carmine, walk into his elementary school for his first day of kindergarten. Unfortunately, he was hospitalized not long before the big day and feared he’d miss it, but his doctor and fellow officers did everything in their power to make sure that didn’t happen. 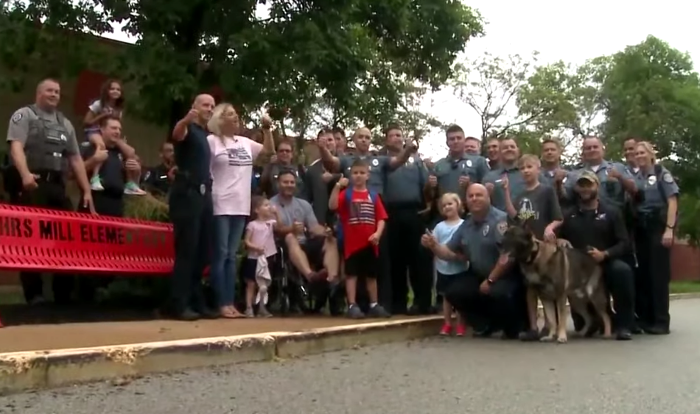 On the first day of school, Andy was in the hospital recovering from a recent surgery related to a recent cancer diagnosis. He had very little control over the timing of his surgery, but was devastated when he realized he may not see this milestone in his son’s life.

Andy’s doctor wasn’t thrilled with the idea of him leaving the hospital without proper support and care, but, he’s a police officer and has a whole team of people who are trained as first responders who wanted to support him. Knowing his patient would be in good hands during the outing, Andy’s doctor surprised him with an approval to attend his son’s first day of school. 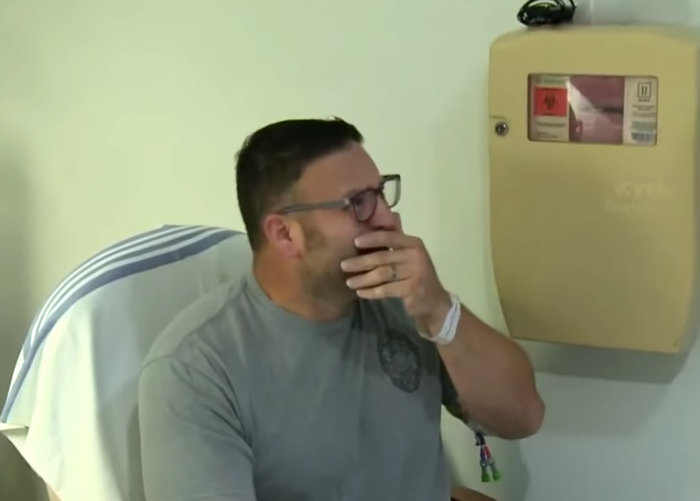 Carmine’s first day was especially important to Andy, because he and his wife have spent the last five years diligently working toward this moment. Carmine is autistic and required a little extra work and attention to prepare him for school.

Andy’s face when he saw his son with a bookbag and an excited smile showed just how proud he was of his son in that moment. 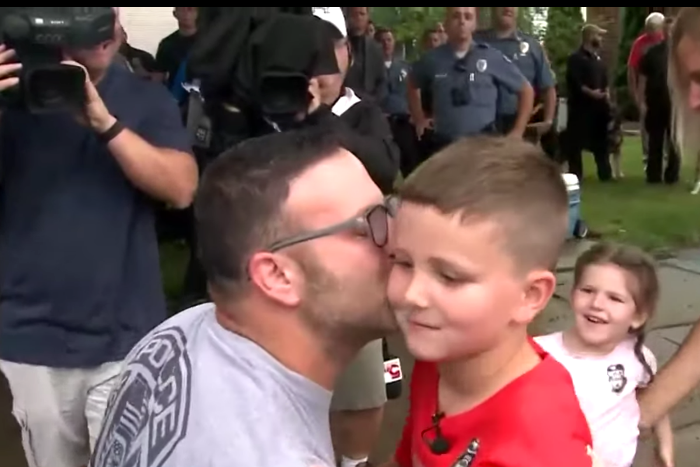 While there is nothing greater than the love of a parent, the love this police department has for one of their own is certainly remarkable.

Check Andy’s surprise in the video below and be sure to share it with your friends!