Encounters with larger wildlife like elk, bison and deer usually take place in wild places, and almost always from a distance. But that wasn’t the case for one shop keeper near Fort Collins, Colorado.

Lori Jones, who manages a small store attached to the Horsetooth Inn & RV Park, was helping a customer when she looked up to see a wild animal just stroll casually into the store. Did she just want to warm up a bit from the chilly temps outside? Maybe do some window shopping? 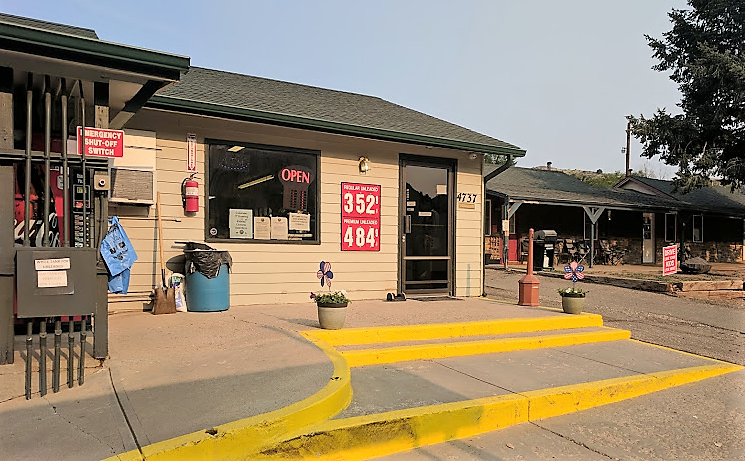 “It was hilarious,” Lori said, adding the doe showed special interest in the sunglasses and the chips. “I was laughing so hard.” 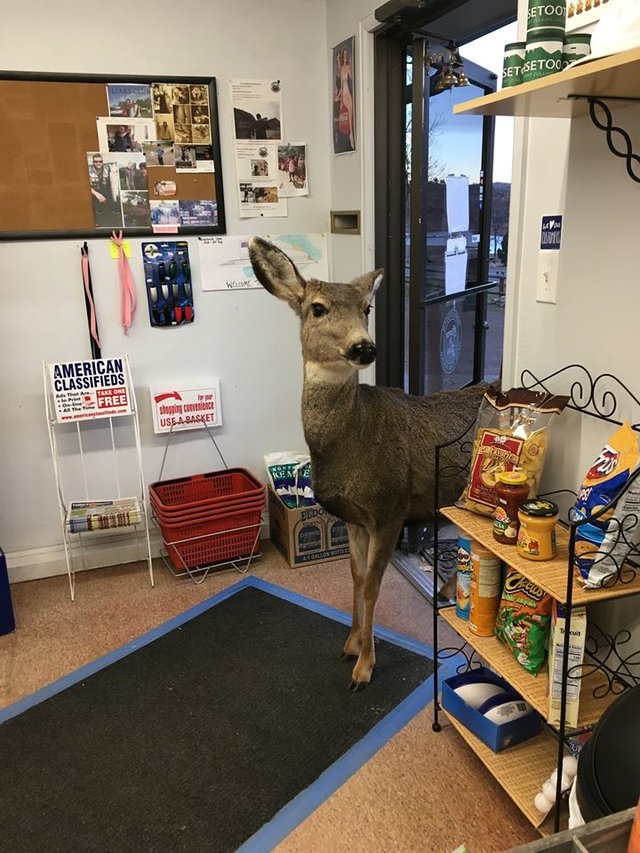 Ooooh. Shades. Wonder if those are the edible kind. 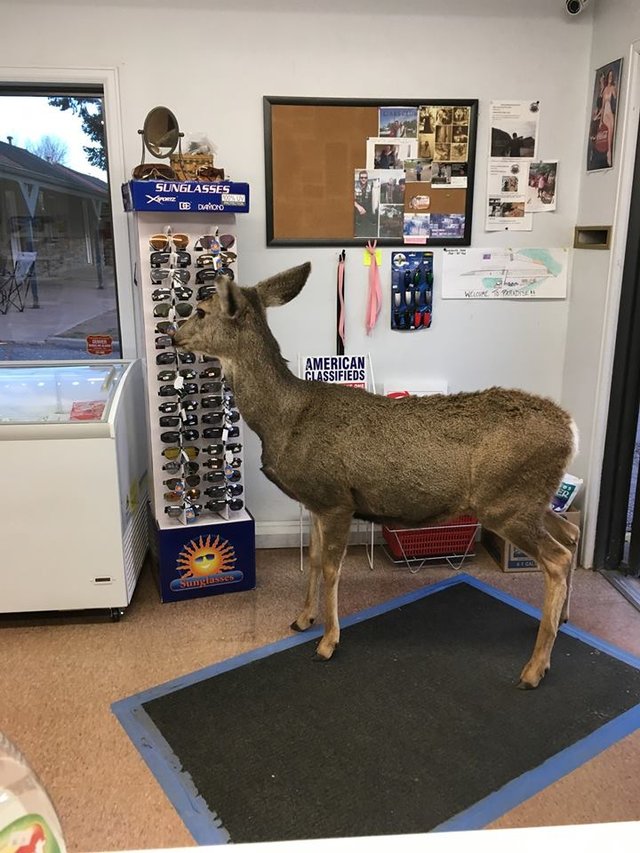 Lori managed to lure the deer back outside using a peanut bar as bait, then continued along with her day. So she was more than a little surprised later that day when she walked out from the back office and discovered the deer back in the store. But this time, she’d brought the entire family! 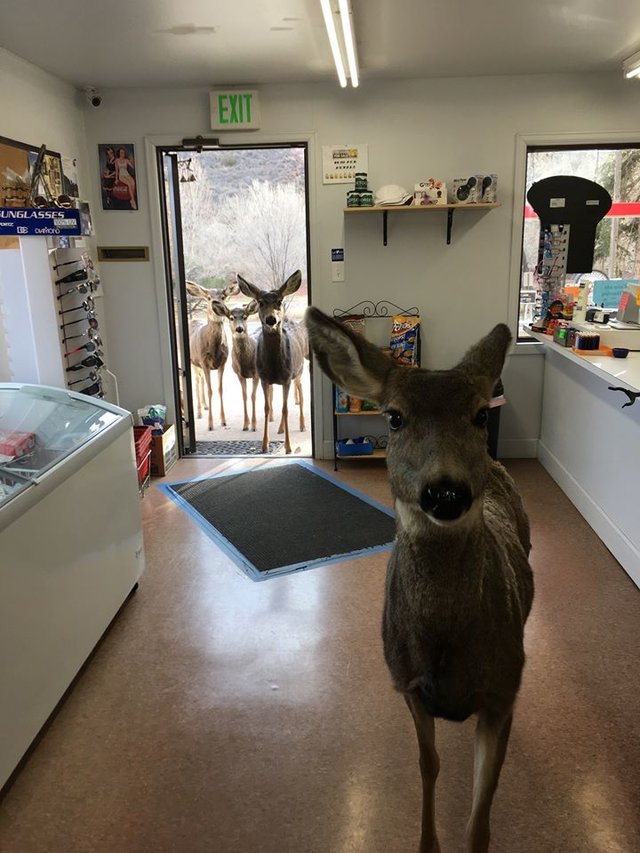 Lori was shocked. The family is often seen in grazing in a nearby field, but hadn’t ever shown any particular interest in her or her store until that day. 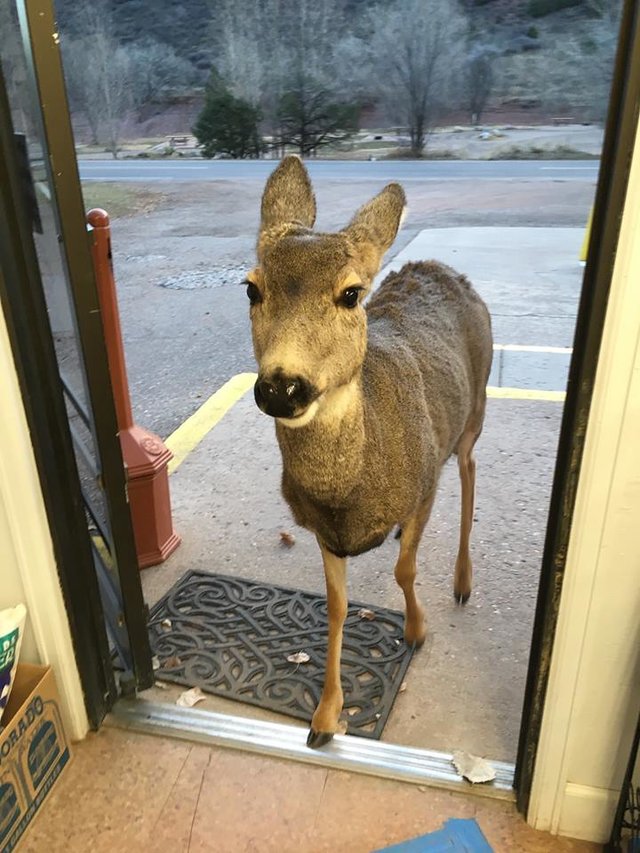 And while it was nice for the visitors to stop by, the time had come to say goodbye. So she grabbed another peanut bar and used it to lure the family back out to the field, calling after the doe to, “Take your children home.” 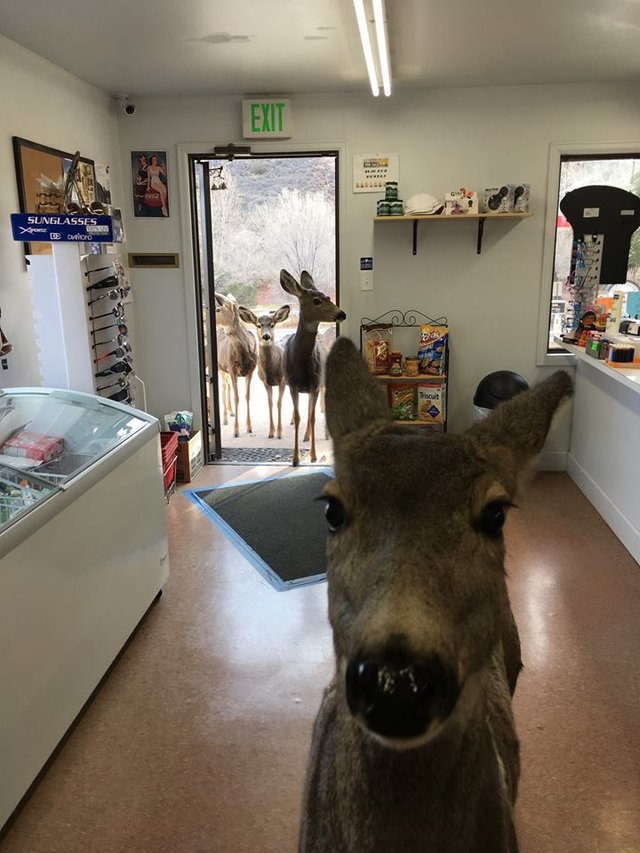 But I bet she’ll be back, maybe next time with some grandchildren in tow. Share to spread smiles!