It’s not just humans that the Coast Guard rescues from boats capsized in stormy seas, plucks from hazardous waters or– in this case–retrieves from cliffs in Ireland.

On June 20, emergency responders received a call about a dog that had 15 feet fallen down a cliff while hiking with his owner at Red Rock in Sutton, a seaside area northeast of Dublin. Members of the Howth Coast Guard station and firefighters with the Dublin Fire Brigade jumped into action to rescue the pooch, who fortunately did not appear to have been injured in the fall. 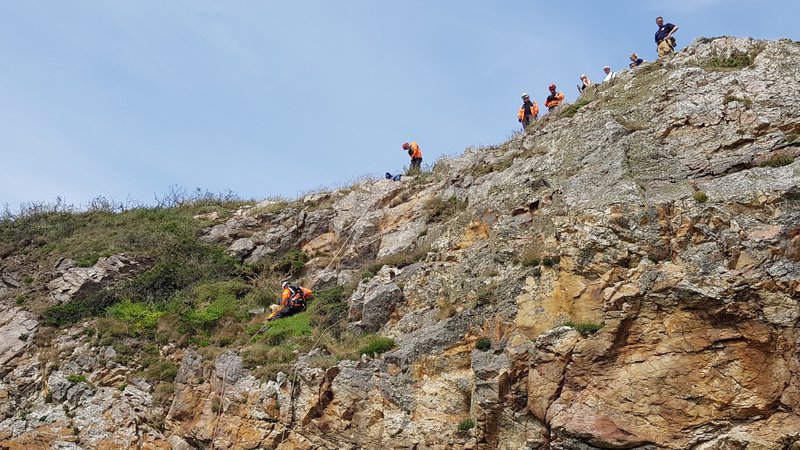 In the video below, a member of the rescue team belays down the cliff face to find Marley, a 3-year-old Golden retriever, hunkered down among the brush, looking none the worse for wear. 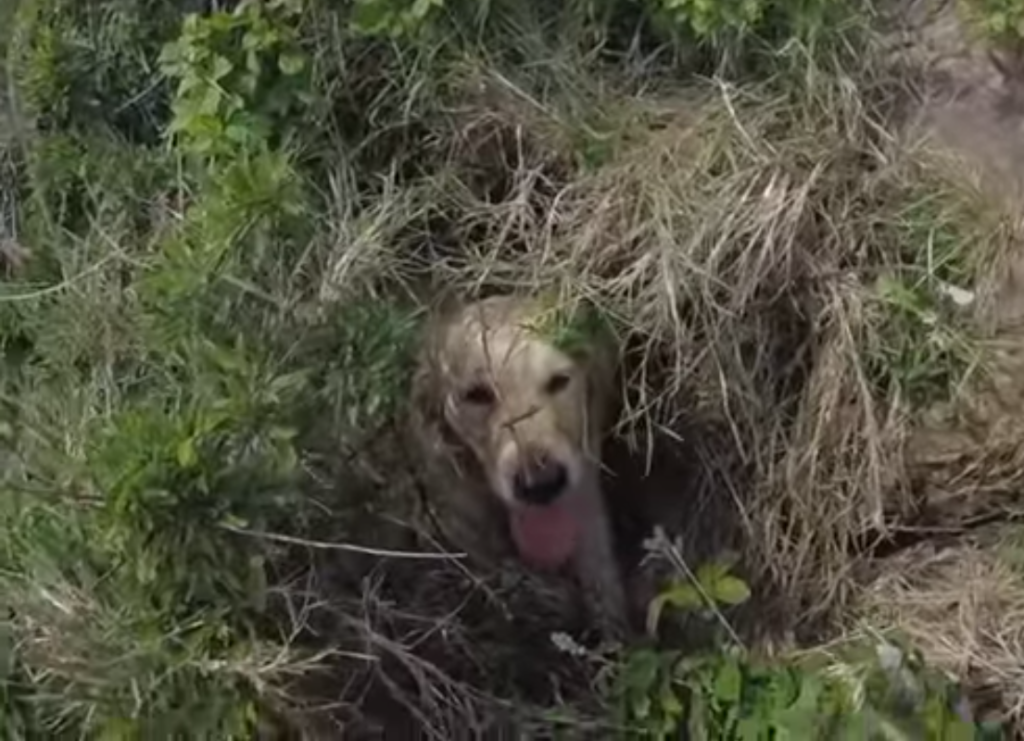 When the Coast Guard member calls out to him and claps his hands, Marley pops out almost immediately and watches as a bottle of water is tossed to his rescuer, then takes a grateful drink as the water trickles out. 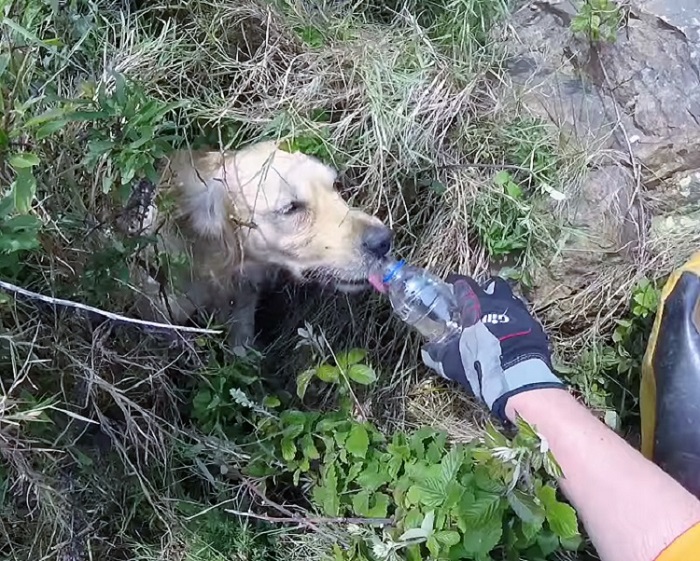 The pup is then secured into a harness and lowered down to the beach where he’s happily reunited with his owner.

Watch the amazing rescue in the video below, and share!