It’s easy to lose faith in humanity when you think about all the people out there with bad intentions, just waiting for an opportunity to victimize others to benefit themselves.

But sometimes, we forget there are just as many (if not more) kind individuals in the world. Reddit user EuLesk shared a short clip on Reddit that shows just how compassionate and generous people can be toward their fellow man.

One Brazilian student recently had the misfortune of discovering his bike had been stolen. But little did he know his classmates and teachers had secretly teamed up to make things right. 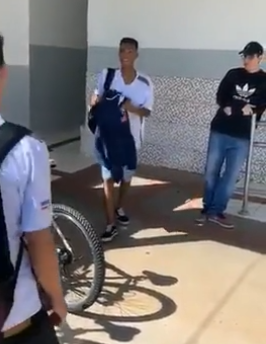 The video starts with the teenager meeting up with some friends near a bike rack after class. They waste no time directing his attention to one bike, in particular, then reveal their surprise: it’s for him! They, along with some teachers, had all chipped in to replace his stolen ride. 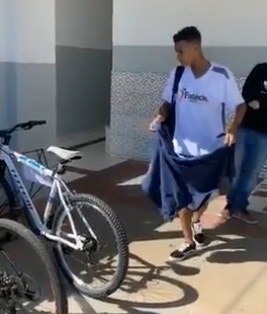 The teen just stares at the bike, clearly not believing it at first. All this for him? But when the weight of what his classmates had done hits, he’s so overcome with emotion he has to walk away and compose himself. 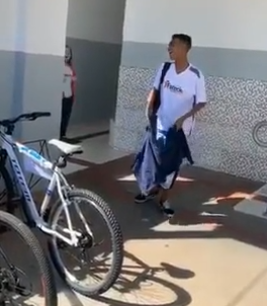 It all quickly becomes too much for the poor kid, who breaks down in tears over the amazing gift. He probably had no idea how much everyone at the school cared until that very moment. 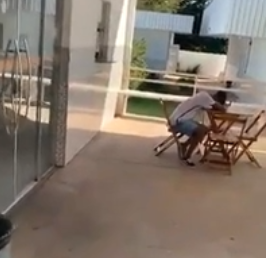 But perhaps the best part of the video is when the teen’s friends all rush toward him, surrounding him in the sweetest group hug. 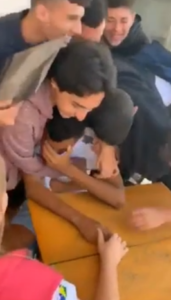 That day, this young man received something so much more valuable than a bike — the gift of friendship, and the knowledge that he is truly loved and cared about. He’s very lucky to have such wonderful people in his corner.

Watch as the teen finds out he has a brand-new bike in the clip below, and share to restore others’ faith in humanity!

He had his bike stolen a few days ago, his friends and teachers collected some money and gave him a new one from HumansBeingBros