Like most people, 97-year-old WWII Navy pilot Chuck Franzke is self-isolating inside his home in East Troy, Wisconsin. Yet when he hears music playing outside his house, he doesn’t hesitate to come outside for a quick dance party with his neighbors! 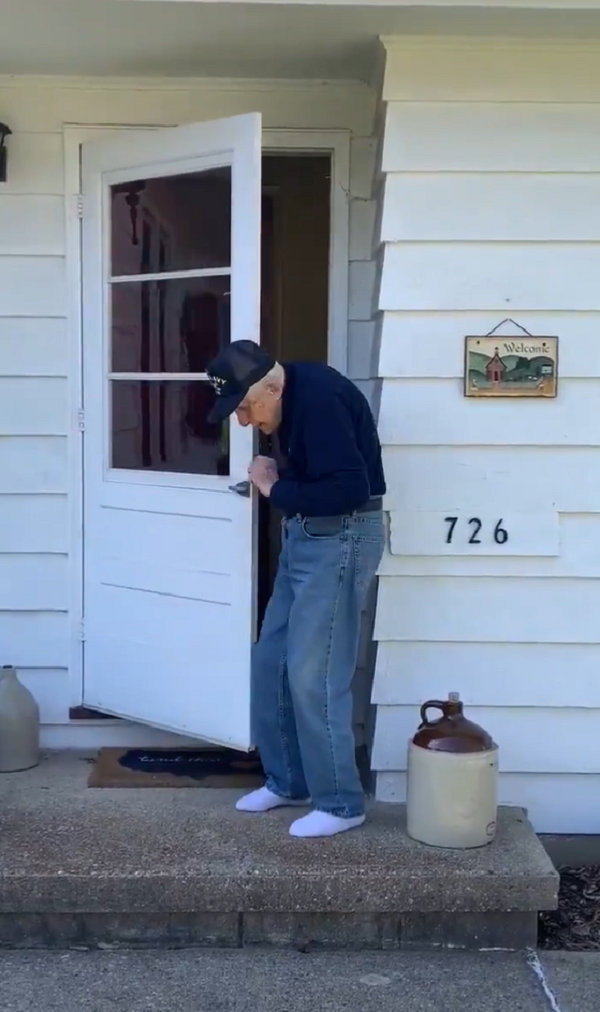 He may be stooped with age and move slowly, but don’t let his aged appearance fool you. Chuck’s nickname is “Dancing Chuck,” and he’s about to show you why!

In a short video shared by Stars and Stripes Honor Flight, Chuck does an adorably funky dance on his front step that has brought joy and hope to people all over the world. The song that’s got him moving is “Can’t Stop The Feeling” by Justin Timberlake, and once the video was released into the world it immediately went viral.

It even caught the attention of the celebrity who responded “This made my day!” and shared it to his Instagram stories.

Interestingly, this isn’t even Chuck’s first brush with internet stardom. He’s gone viral two separate times with dance videos in 2016 and again in 2017. This time his dance moves are an even more welcome distraction than before due to the coronavirus isolation. 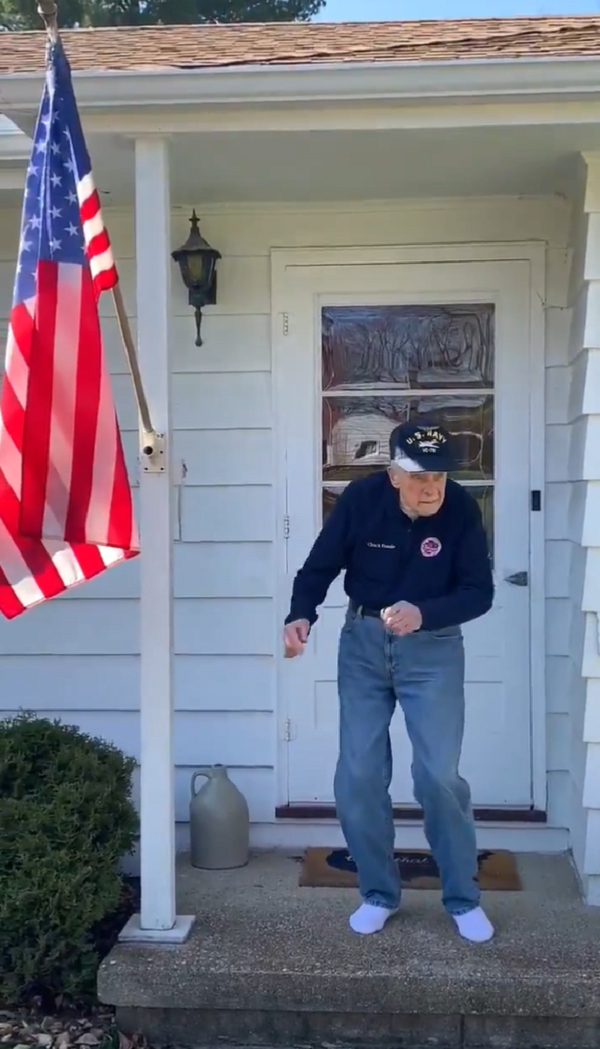 Once a hero, always a hero! Thanks for your service, Chuck… and thank you for giving us a smile when we really need one. If Chuck can live to be 97 and still get his groove on, what’s our excuse?

Watch the video of Dancin’ Chuck below, and don’t forget to share.