When Chevel Shepherd was faced with choosing which team to join on this season’s The Voice, she based her decision on the connection she felt with Kelly Clarkson.

“What Kelly Clarkson told me was that I was in my head a lot. And she’s been in my shoes, so what she told me kind of motivated to pick her because I feel like she could do a lot for me in the future,” the 16-year-old Farmington, New Mexico crooner explained.

Watching Chevel’s stunning rendition of “Travelin’ Soldier,” the similarities between her and Kelly are clear. 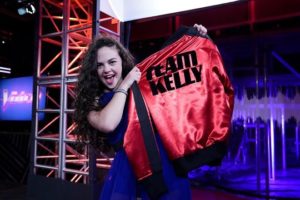 Originally written by Texas singer-songwriter Bruce Robison and later covered by the Dixie Chicks, the song is a lovelorn message from a teenage girl. It’s directed to a soldier who’s away at war, one who she barely knows but whose return she’s eagerly awaiting. 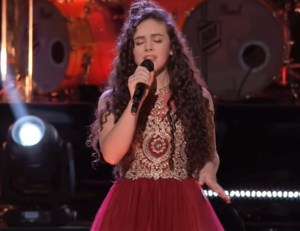 Chevel’s cover is soulful, heartfelt, and resonates with genuine emotion because of a personal connection: Her older brother served in the Army for six years, so take out the romantic aspect of the song and Chevel was going through the exact same emotions all those years as this fictional teenager. 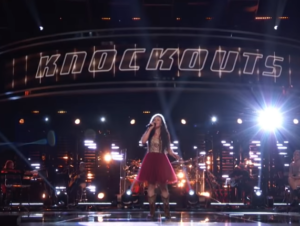 The song came during the “Knockout Round,” which pitted Chevel against one of her teammates, Sarah Grace, who performed Etta James’ “I’d Rather Go Blind.” Ultimately, Chevel was named the winner of the round (though Kelly was so impressed with Sarah’s cover that she used a “save” to keep her in the running).

With this kind of voice, there’s seriously no telling how far this talented young lady will go.

Check out Chevel’s winning performance in the video below, and share to spread her talent!