One of the scariest realizations a child will make is that the world around them isn’t always safe. For one little boy in Ohio, that moment happened right outside what many would consider the least threatening place: a hospital.

In late April, Nita Coburn drove a relative to the emergency room with her great-grandchildren, eight-year-old Chance Blue and 10-year-old Skylar Weaver riding in the backseat. When they arrived, Nita got out of the car to walk the woman into the facility. That’s when a total stranger hopped into the driver’s seat. 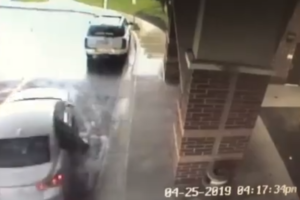 Security cameras captured the terrifying moment the man, 24-year-old Dalvir Singh, began driving away with Chance and Skylar still in the car. 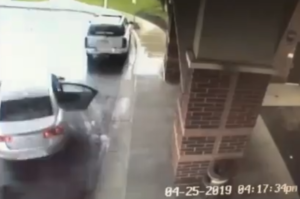 Nita could be seen sprinting towards the driver’s side, clutching at the door as both children screamed. She didn’t realize they were trying to escape on the opposite side. 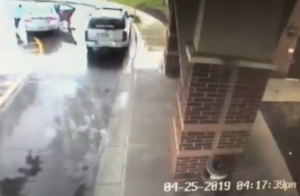 While Dalvir pushed Chance out of the car, police say he “grabbed the hoodie of the little girl not allowing her to leave.”

This was more than a carjacking gone wrong. This was an attempted kidnapping that would have been successful if not for Chance’s quick actions. The little boy grabbed his big sister, tugging with everything he had until they both fell out of the moving vehicle. 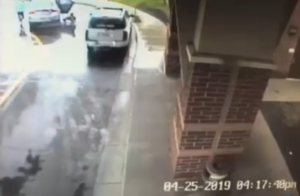 Nita was dragged as she held onto the car, unaware for a moment that both siblings were safe. Fortunately, her injuries weren’t serious and she’s doing fine now. 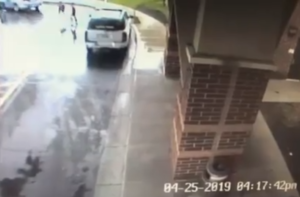 Cops with the Middletown Division of Police caught up with Dalvir shortly after and arrested him on charges including kidnapping, felonious assault, and grand theft. 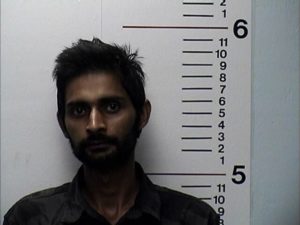 As for Chance, he’s getting the recognition he deserves. “This little guy is a hero. No question. He pulled his sister out of the car with no concern for his own safety. That is incredible at his age,” Chief Muterspaw said.

We’re so happy to hear both of these kiddos are safe! Skylar may be the big sister, but something tells us that from now on, she’ll be the one looking up to her brother. Great job, Chance, for protecting your loved ones!

Learn more about how Chance saved Skylar from her kidnapper in the clip below, and don’t forget to share.

Our health care heroes have fought for months against COVID-19, and we'll never be able to thank them enough. But Uber driver Tammy Rivera of Memphis, Tennessee, has found the...