If you’re a movie buff, there’s no way you haven’t heard about the incredible success of Marvel’s “Black Panther.”

The action-packed thriller made box office history as proof that diverse casts can and will successfully garner commercial, critical, and artistic acclaim. It’s an amazing cinematic adventure from the opening scene to the closing credits, and the film catapulted actors like Chadwick Boseman, who played the eponymous Black Panther, into instant stardom. 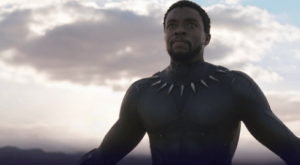 That’s why it came as no surprise when the humble and down-to-earth actor won “Best Hero” at the MTV Movie Awards this year. What he ended up doing with the award, however, was a powerful homage to real-life heroes who save lives, restore faith, and lift spirits in a scary world.

No one was surprised when Boseman’s name was called for the “Best Hero” award. His character in “Black Panther” is loved by everyone who’s seen the film, which was a standout box office success.

He rejoiced with castmates before heading up to the podium to collect his well-earned trophy. 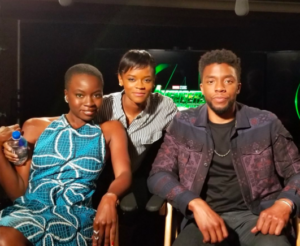 Receiving an award for playing a superhero is amazing but it’s even greater to acknowledge the heroes that we have in real life, so I just want to acknowledge somebody that’s here today. James Shaw. Jr. 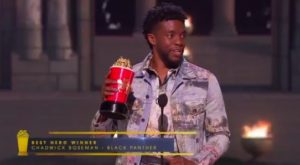 Instead of reveling in a moment of personal success, Boseman turned everyone’s attention in gratitude toward James Shaw Jr. A man who single-handedly stopped a mass shooter from claiming even more lives during a horrific Waffle House shooting back in April of 2018. This real-life hero put his own life on the line to stop the gunman. 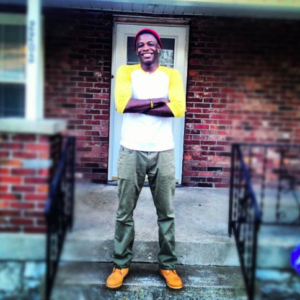 The do-gooder was invited to the awards show and halfway through the speech, Boseman asked him to stand up for a round of applause. “You didn’t know we were about to do this, did you?” Boseman asked the stunned hero. What shocked him further was the fact that the movie star called him up to the podium. 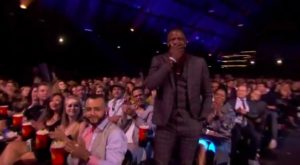 “This is gonna live at your house!” Boseman said as he handed James the award. Needless to say, the actor’s selfless act toward another selfless man had everyone on their feet. 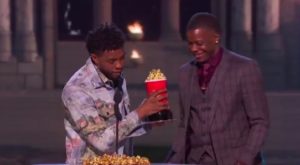 This is what paying it forward is all about. Congratulations to the Black Panther himself for snagging the much-deserved award and thank you to James Shaw Jr. for showing us that everyday people can be heroes too. 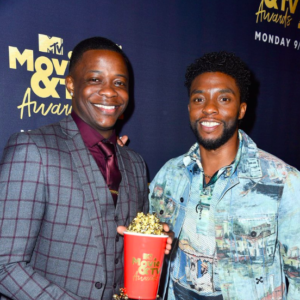 Watch the entire speech down below and if this story inspired you, be sure to share it with the people you love.