Celina Graves of San Diego, California, has spent most of her life struggling to fit in. Even so, she knows she belongs in the spotlight.

The 30-year-old has been singing since she was 3 years old. While she’s training for a career in law enforcement right now, she has always dreamed of inspiring the world with her voice. This year, she finally made it happen! 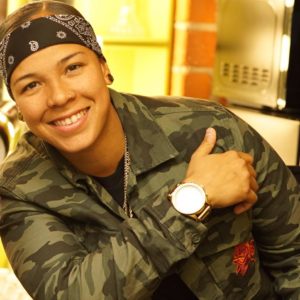 Celina grew up a tomboy and felt most comfortable wearing the same clothes as her brother. Unfortunately, her classmates weren’t as accepting as she hoped.

People would make fun of me, and I would run away and hold it because I was too scared of what they would say to me. I felt like how I was so tomboy-ish was wrong. It caused a lot of anxiety and I lost confidence to become a singer. Even as an adult, people look at me and judge right away, like I’m going to do something bad or steal something. 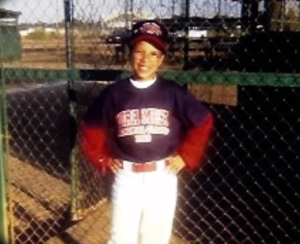 No matter what anyone says, Celina knows her father will always believe in her. He’s the one who inspired her love of music, after all!

“I’m here because I am tired of being judged,” she added. “My dad always told me to stay true to myself and never give up.” 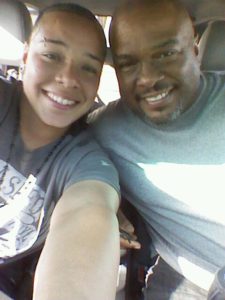 With his support, Celina faced her fear of rejection and strode onto the “American’s Got Talent” stage, ready to show everyone what she was made of!

Not only did her voice stun the audience, but she also gave Shawn Mendes’ “Mercy” a powerful new meaning. Bullies may have pushed her down in the past, but she refused to let their words break her! 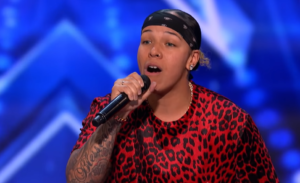 The powerful performance brought everyone in the audience to their feet!

“She started singing and I choked on my cereal,” one fan wrote. “Wow, her voice is… wow.” Another added, “She’s like a mixture of P!nk and Alicia Keys, and I’m ALL FOR IT.”

Clearly, Celina is “Got Talent” material! 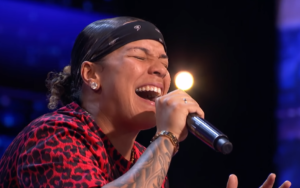 What a voice — and what a cathartic experience for Celina! We’re so glad she never stopped believing in herself because her voice needs to be heard.

Check out the emotional audition in the video below, and share this story to support the amazing singer.