Imagine never truly knowing the joy of seeing all the colors of a rainbow, or the pink and orange beauty of a sunset.

These sights are something many of us take for granted every day. They’re also something 10-year-old Cayson Irlbeck of Johnston, Iowa, has never fully experienced… at least until recently. In February 2017, the little boy received one of the best gifts of his life. 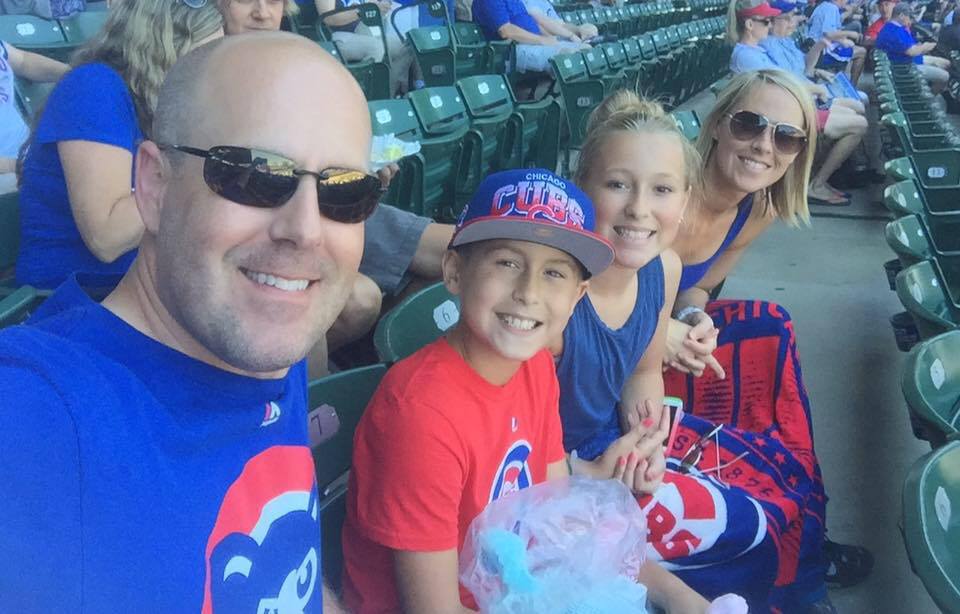 Cayson has color deficiency, meaning he has a hard time distinguishing between certain colors. Other family members, including his grandpa and cousins, are color deficient as well. He’s heard of (and begged for) EnChroma glasses, which help make colors more visible for some people. But they’re pretty expensive.

While Cayson’s parents didn’t want to spend hundreds of dollars on a pair of glasses, they finally decided it would be money well spent to cheer their son up. The boy hadn’t had the best year and broke his hand. So, one day, they surprised him a pair of his own. 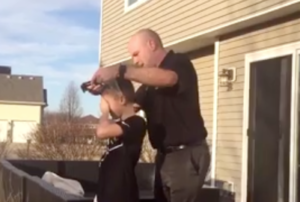 Cayson’s mom, Jacque, recorded the touching moment her son stood on their backyard deck, eyes covered as his dad, Aaron, placed the glasses onto his head. 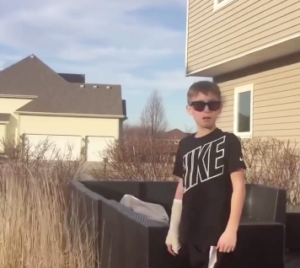 As Cayson looks at the world around him through new eyes, so to speak, he’s immediately overcome with emotion. He’s so overwhelmed in the first few seconds that he begins crying and reaches out for his dad. 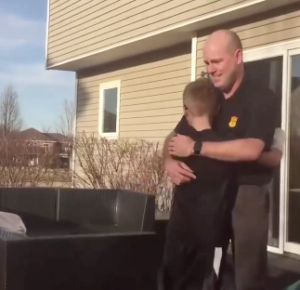 Aaron chokes up as well when he sees how happy his little boy is at seeing bright, vibrant colors for the first time. 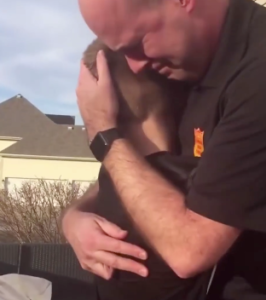 His parents then encourage him to go out into the yard, where he finds a circle of different colored disks. Cayson is overjoyed to be able to easily identify each. 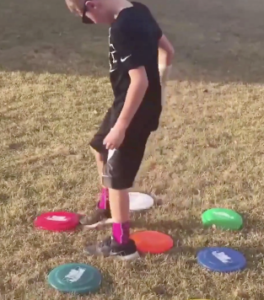 Millions watched the heartwarming footage on Facebook, congratulating Cayson and tearing up themselves. Others realized how lucky they were to be able to see colors without extra help.

“The things we take for granted,” one person simply wrote.

Another added, “I am very blessed to be able to see in color. It is a beautiful thing to see all of them. I’m so happy for him. Bless you and enjoy the beauty of the world.” 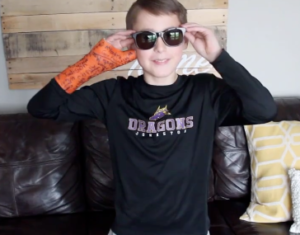 Now Cayson can enjoy all the rainbows, sunrises, and sunsets he wants! It must feel so amazing for him to finally understand what others see themselves. Now we’re left with one question: which color is his favorite?

Watch as Cayson gets the gift of seeing colors in the video below. Share with anyone whose day needs brightening.

Boy is overjoyed with the gift of seeing colors

When he saw colors for the first time, he couldn't stop sobbing. When we saw his reaction, neither could we.