As far as Savannah Dahan is concerned, she and Carrie Underwood are two peas in a pod. After all, they’re both champions.

The fourth-grader from Frederick, Maryland is a huge fan of the country star. She’s also deaf (along with the rest of her family), which is actually one reason she enjoys Underwood’s music so much. 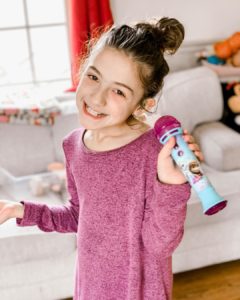 “I love her songs because it is easy to understand and her expressions are clear,” Savannah told GMA. The 9-year-old can often be found “singing” along through American Sign Language. One hit she strongly relates to is “The Champion” because of the lyrics: “I am invincible, unbreakable, unstoppable, unshakeable. They knock me down; I get up again.”

So one night she asked her father Richard to record her performing the song with the original music video playing on the TV behind her. Of course, when he shared her adorable performance online, it went viral — and caught the attention of one very special person: Underwood herself! 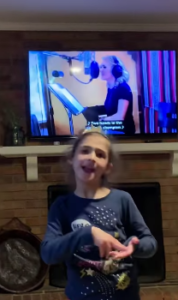 The singer’s team contacted the Dahans and arranged for Savannah and her parents to attend Underwood’s Cry Pretty 360 concert in Washington, D.C. and meet the famous singer! 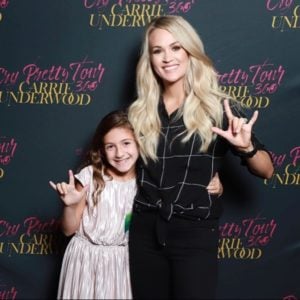 But the best part of the night wasn’t the photo shoot with Underwood. It was what came next! The two performed the sweetest duet of “The Champion!”

And then during the concert itself, the singer shared a special message with her new friend, signing, “I love you, beautiful girl.” In other words, for Savannah it was pretty much “the best day ever.” 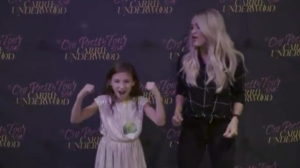 Underwood posted a sweet video of their duet on Twitter, writing, “You bring so much joy to #TheChampion! Thank you for such a special moment last night in D.C.”

Savannah’s parents were thrilled by Underwood’s kindness and so excited for their daughter. “More importantly, we are proud of Savannah for being fearless and following her passions,” Richard said. “That is something I think everyone can find inspirational.” 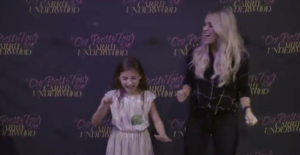 What an awesome way for Underwood to show how much she cares for her fans! We’re hoping everyone takes a page from her book by welcoming people with hearing impairments and becoming familiar with sign language.

Watch the wonderful duet in the video below, and be sure to share the sweet moment with your friends!

Savannah! You bring so much joy to #TheChampion! Thank you for such a special moment last night in D.C. 🤟 https://t.co/jWxgQndlCi pic.twitter.com/kyaD0fQ5EE