Carlos Rolon of Worcester, Massachusetts, has been waiting four years for a chance at a long, healthy life.

The 6-year-old and his parents have become very familiar with the hospital, especially in the last seven and a half months. But in early April, they received the news they’ve been hoping and praying for ever since Carlos’ heart began failing. 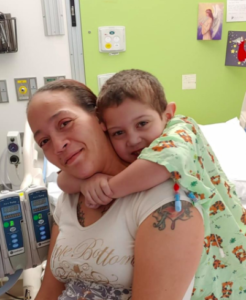 Born with a congenital heart defect, the little boy was placed on the transplant list at just 2 years old. By then, he’d already had four open-heart surgeries.

Still, he was still able to go school until his health took a turn for the worst in 2019. Carlos was admitted to Boston Children’s Hospital in August, where he’s been ever since.

While he’s made the most of his time there with his mom, Sheena Cossette, and dad, who shares his son’s name, all Carlos wanted was to go home. 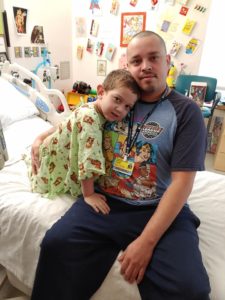 Thankfully, on April 2, his mom finally spoke the words he needed to hear. They’d received the call: His new heart was waiting!

Sheena shared the good news on Facebook along with a sweet video of Carlos’ reaction.

While he was excited, he was also a little scared of the surgery. His parents assured him he would be asleep the whole time, and then he asked if he’d be able to go home.

“He misses his family. We are a very big family and very family-orientated,” Sheena told CNN. “And I said, ‘Yes, after you get your new heart, you get to go home.'” 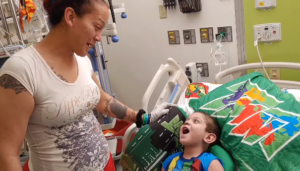 The transplant took place on April 3, after which both Carlos and his donor tested negative for COVID-19. The surgery was a success!

“His color is beautiful; I’ve never seen him non-gray,” Sheena said. “He looks like a whole new kid.”

While Carlos is still recovering, he was finally able to go home! 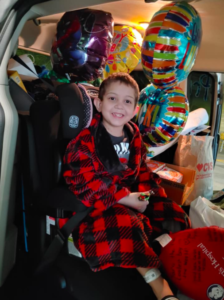 We’re so excited for you, Carlos! We’re all rooting for you and are sending our love to your donor’s family.

Watch him leave the hospital after almost eight months in the video below, and share this story to spread the joy.