Losing a parent is a tragedy no young child should have to face, but that became this boy’s heartbreaking reality last year.

Anderson McKay’s mother Laura was just 44 years old when she passed away from cancer. Before she died, she promised to help him meet his hockey idol, Carey Price. After her death, the rest of the family stepped in to make that promise come true. 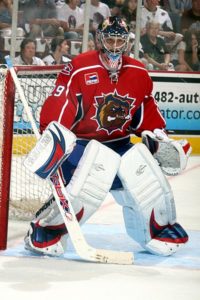 Anderson’s aunt, Tammy Whitehead, arranged for the 11 year old to meet the Montreal Canadiens’ goalie during the team’s morning skate on February 23. 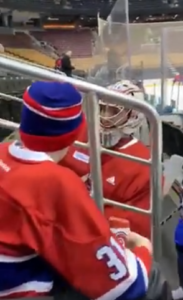 Tammy recorded the emotional moment at Scotiabank Arena when Carey came to the stands to greet her nephew. Anderson is excited at first, asking for Carey’s autograph. But the poor kid can’t help but break down and sob. 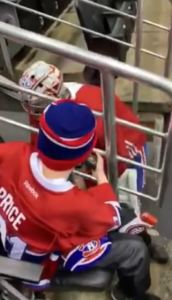 Being the class act he is, Carey takes off his gear, holds out his arms, and brings Anderson in for a tight hug. At that point, Tammy says the entire family was crying.

Not only did Carey take the time to talk with Anderson, but he also signed the boy’s jersey. “Thank you so much,” Anderson said through tears. 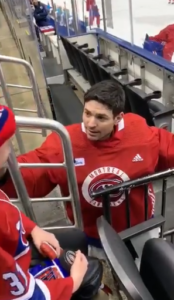 Tammy uploaded the video to Facebook, writing, “Words cannot describe how much this meant to Anderson and we are forever grateful to this wonderful man.” Millions watched and cried for Anderson, commending Carey for going above and beyond to comfort a grieving child. 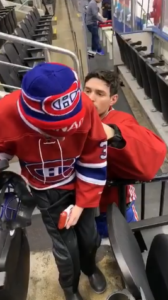 “It’s the happiest I’ve ever been in my life,” Anderson later said of the experience. “I always hoped it was going to happen, my mom always said it could happen.” 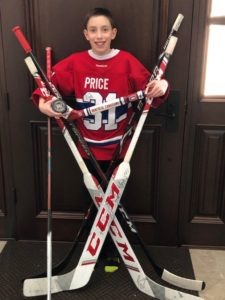 Laura would be so happy to know her son finally got to meet Carey, who is a hero in so many ways. We’re so sorry for your loss, Anderson, but we’re glad you found joy in meeting such a wonderful guy.

Keep some tissues handy as you watch Carey comforting the little boy. You’ll need them. Share to show support for Anderson during this difficult time in his life.

***UPDATE #2***Anderson is raising money to support the hospice that took care of his mother….it is a wonderful, caring facility and if you would like to sponsor him for the Stedman Community Hospice HIKE FOR HOSPICE here is the link:https://www.stedmanhike.ca/anderson-whiteheadAnd thank you to everyone for all your kind words ❤️❤️UPDATE** We want to say a huge THANK YOU and MERCI BEAUCOUP to everyone for all your very kind comments. Anderson is competely blown away that this post has gone viral and sooooooo happy with all the love he’s getting….thank you all!! I wanted to share this video of my nephew Anderson, meeting his idol, Carey Price of the Montreal Canadiens. Last year as Anderson’s mom was dying of cancer she promised she would do everything she could to make his dream come true. Unfortunately, she passed away before that could happen but through some very kind and generous friends we were able to arrange a visit to the morning skate. As you can see in the video, Carey Price was a class act not only giving Anderson two signed sticks, a signed puck, signing his jersey and mini stick but he also gave him the biggest hug. Words cannot describe how much this meant to Anderson and we are forever grateful to this wonderful man.