For more than 40 years, Canine Companions for Independence has been training dogs to help the disabled open and close doors, pick up dropped items, and complete other everyday tasks their able-bodied counterparts take for granted.

But before any of the professional training starts, the dogs have to learn their basic skills. And one of the most important skills for any service dog is knowing how to function in highly distracting environments. 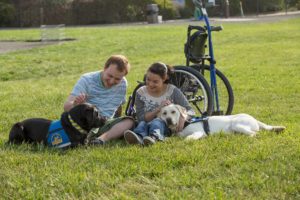 That’s where the volunteer puppy raisers come in, and it’s a fantastic experience! They take them to obedience classes and bring them along on everyday excursions so they’re familiar with a wide range of environments. And, of course, provide the love and affection all puppies crave and deserve.

But it’s not all work and no play. They also go on field trips – and photos from a recent outing to the happiest place on earth have captured the hearts of people everywhere! 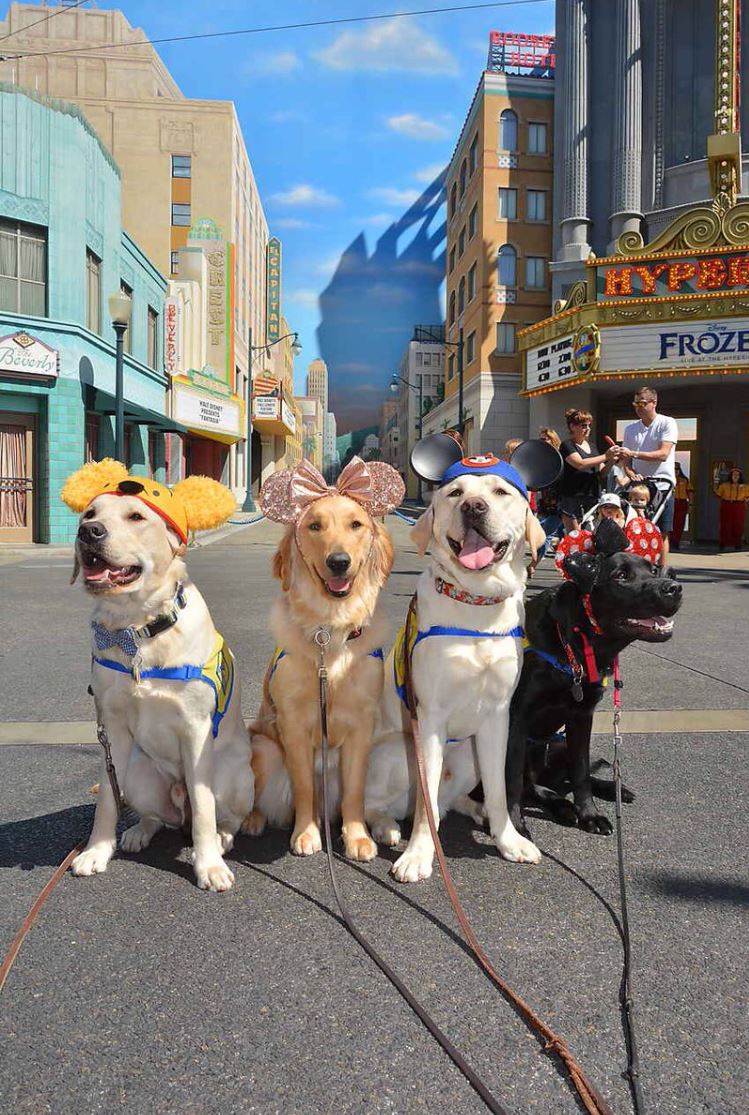 Aryssa, Chekov, Ortega, Essie and several of their classmates headed out to Disneyland last week, enjoying a full day of flirting with other guests (while remaining on their best behavior, of course), cozying up to the costumed characters … 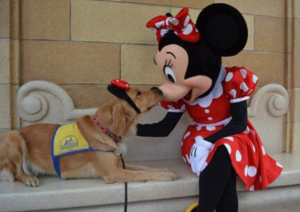 And even getting in a couple rides. 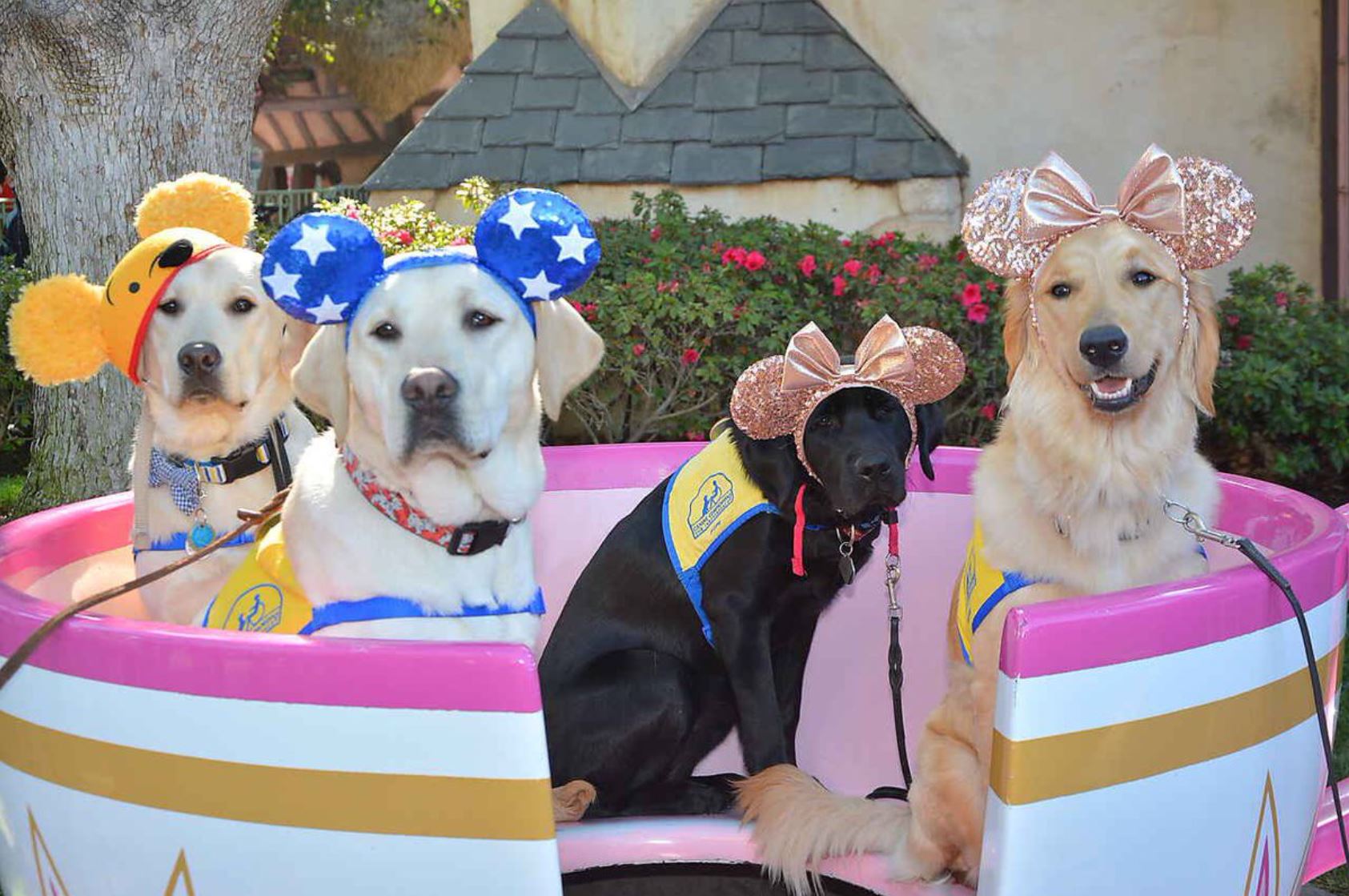 Those long bathroom lines are the worst, but these well-mannered pups seemed to have handled it a lot better than some of their two-legged counterparts … 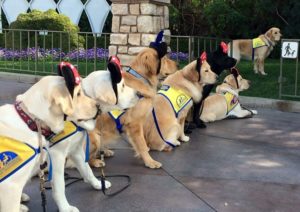 “It’s great socialization for the dogs since they get to be around all the different sights, sounds, smells, and people that Disneyland has to offer,” said one of the handler volunteers, Laura Allen. 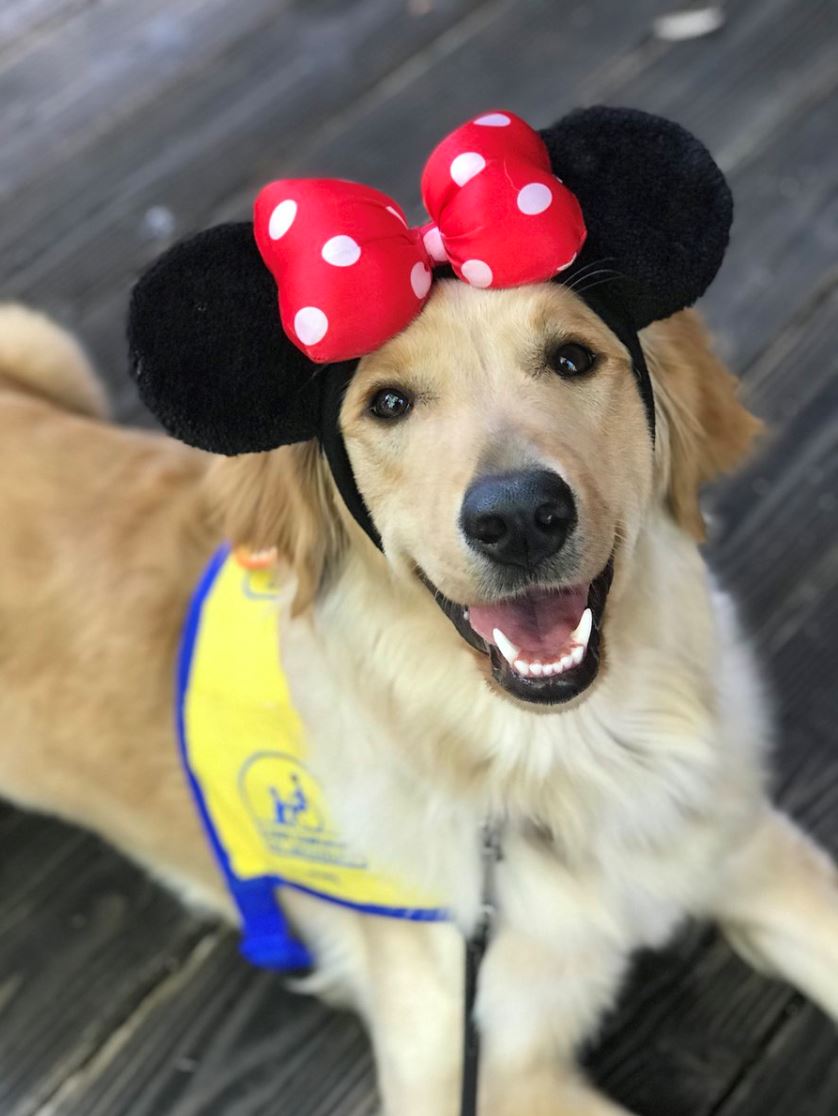 “The pups absolutely loved walking around the park,” said another handler, Kendra Clark, who organized the outing. 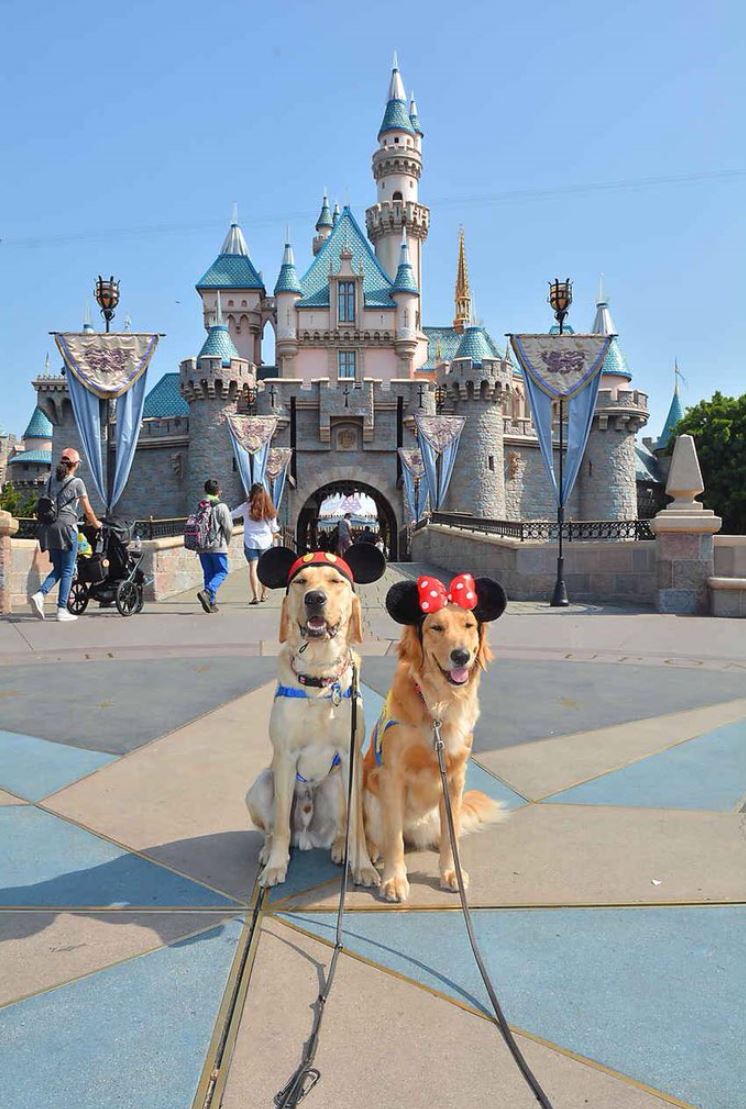 … Seeing how happy they got when they met the characters sure was a treat. The characters were almost as excited as the dogs were to say hello! 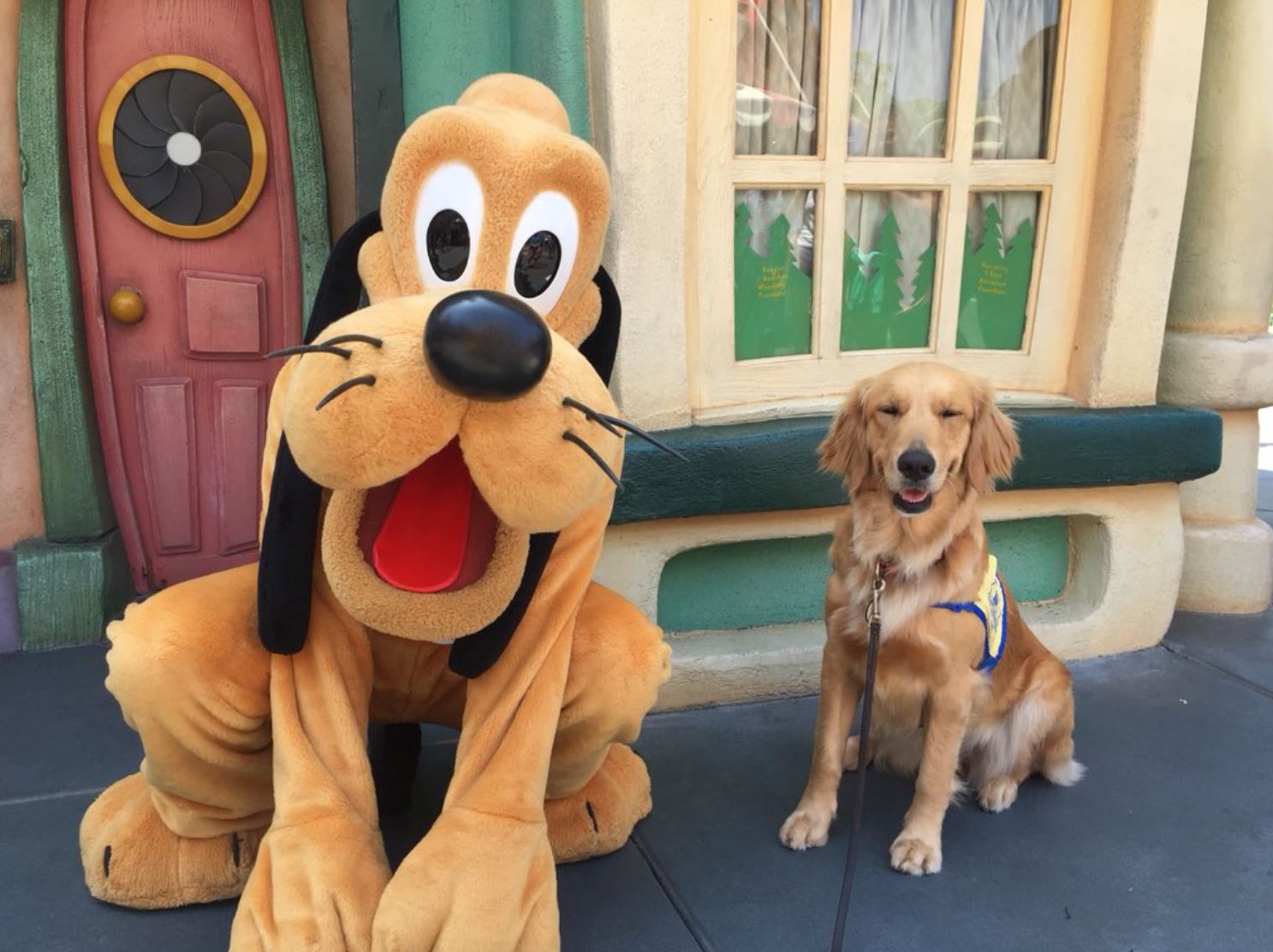 Here’s one service dog relaxing with his buddy, Pluto, after a full day in the park:

We all know humans love Disney, but who knew dogs were fans, too? 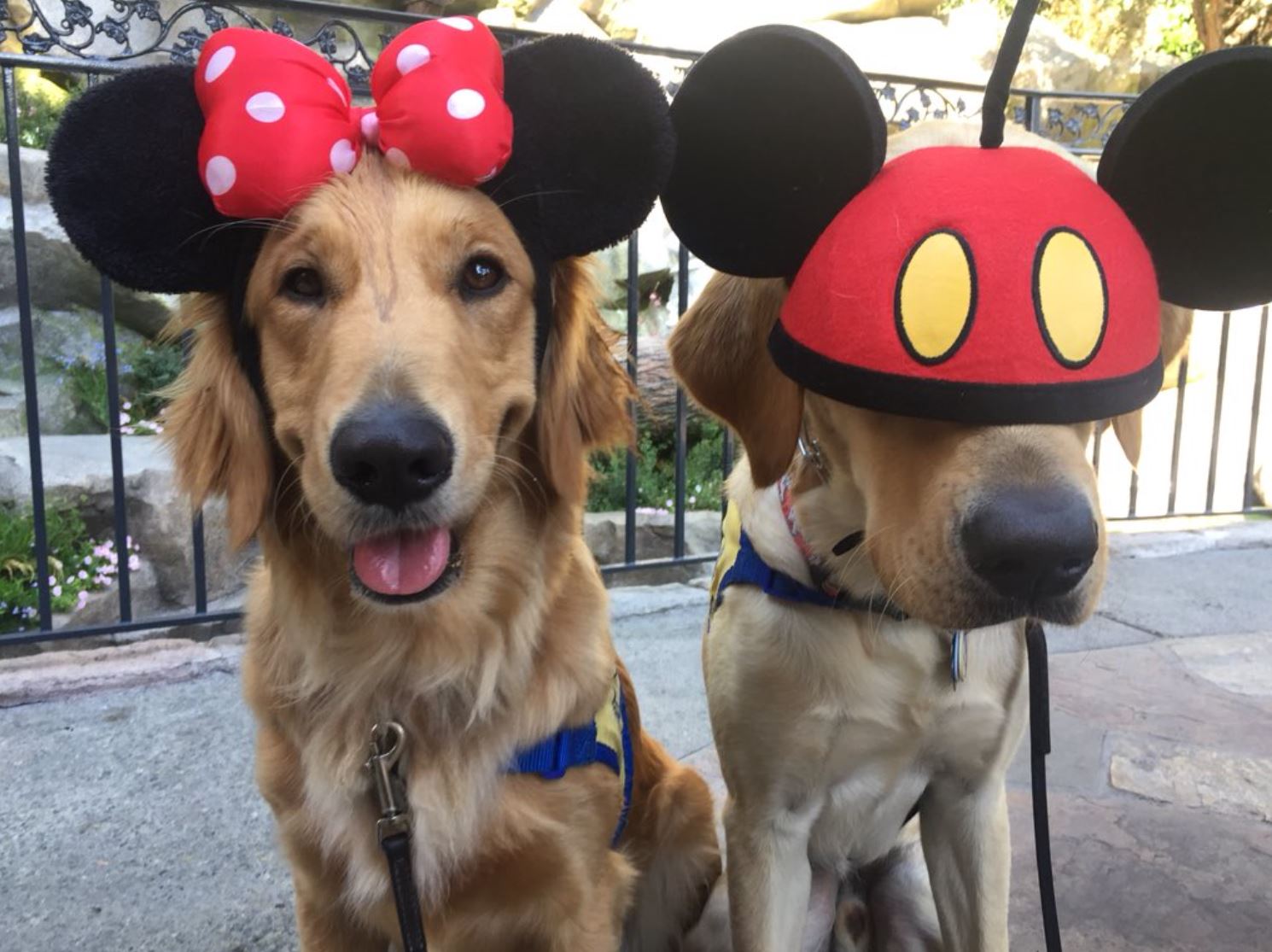 What a magical day! 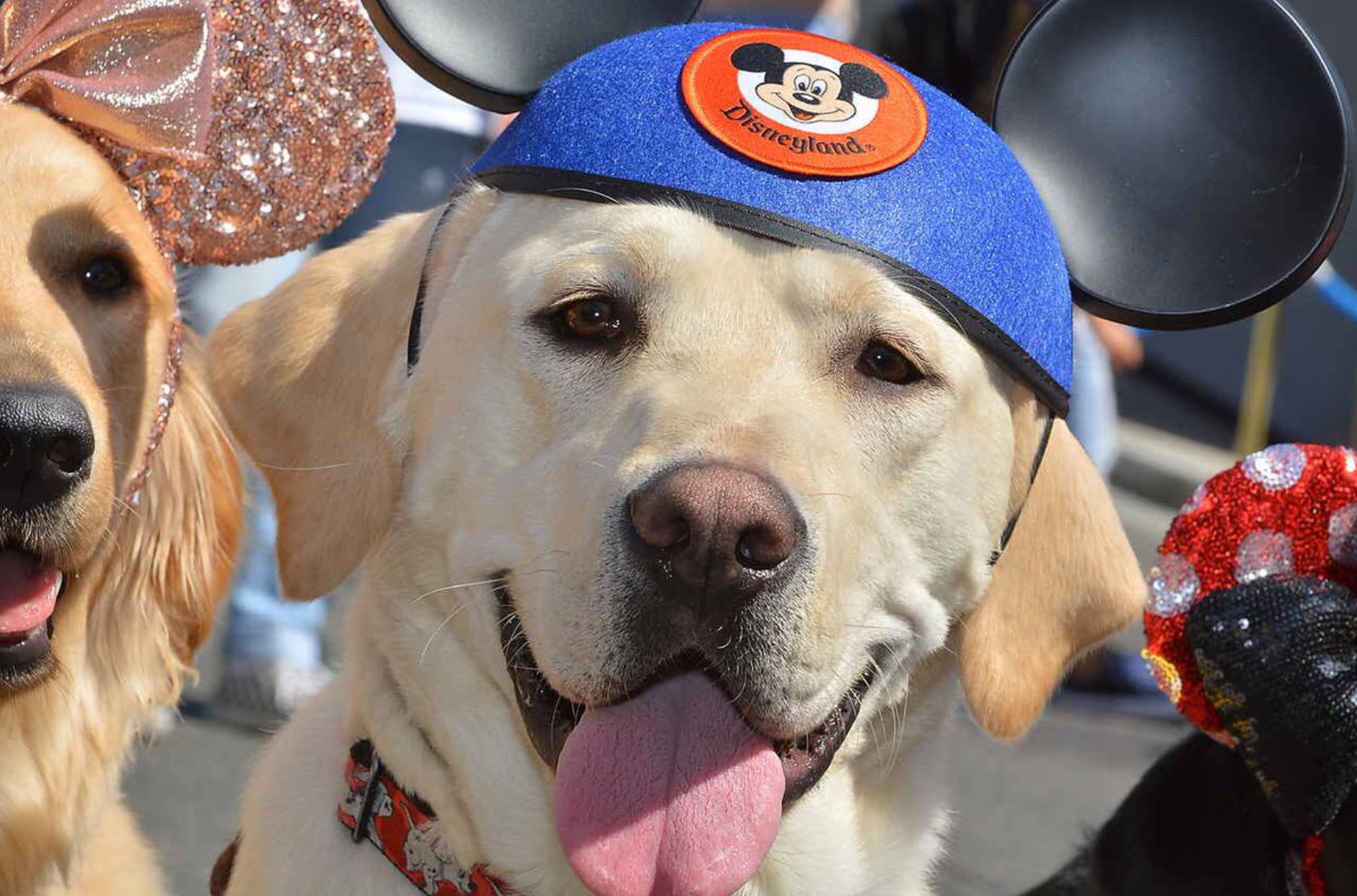