Cpl. Byung Kang met his best friend on his second deployment to Afghanistan with the U.S. Marine Corps. Back then, Blue the Labrador saved his platoon’s lives multiple times.

Blue is an expert in sniffing out improvised explosive devices — and stealing people’s hearts. That’s why her handler couldn’t let her go, even after they parted ways. 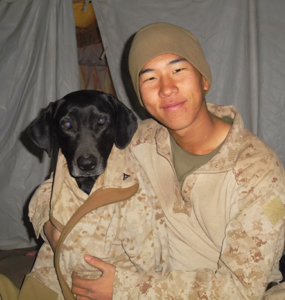 On his first tour, Byung and his comrades constantly risked getting caught in IED blasts. So in 2011, the next time he was deployed to Afghanistan, Byung volunteered to become an IED detection dog handler.

Blue proved herself to be perfect for the job by detecting an explosive on their first mission together. 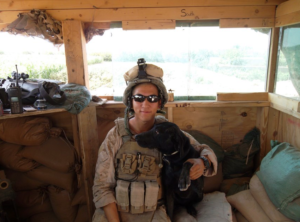 “That IED could have taken a couple of our guys out. So from there, Blue started getting trust and the respect of my platoon,” Byung told “Today.” “Since we knew Blue is effective, it was almost impossible for a squad or a platoon to go out without Blue.” 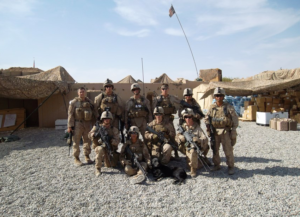 Byung was grateful for her presence, to say the least. That’s why he vowed to give Blue the life she deserved!

“I told her, ‘What you’ve done for me and my guys over here in Afghanistan, we cannot pay back,'” he said. “‘So I’m going to give you a good home where you can cuddle all day, not worrying about going to war and finding bombs.'” 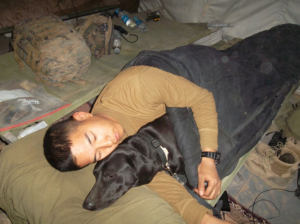 The two of them served in more than 300 combat missions together before they parted ways. Blue was reassigned elsewhere, but Byung was still determined to fulfill his promise.

Wendy Kang, his now-wife and a Marine veteran herself, knew how much Blue meant to Byung and reached out to some fellow Marines. With their help, they finally found Blue.

In November 2018, the retired military dog officially joined the Byung family in Georgia, where she’s been living her best life ever since! 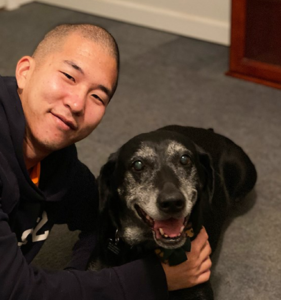 The United States War Dogs Association has since presented the pup with an award for her service. She’s also a semifinalist for the 2020 American Humane Hero Dog Awards! But most importantly, she is Byung’s hero.

“These working dogs, they will give up their life for us,” he said. “So we should be thankful to them and respect them and above all, trust the dog because dogs will not lie.” 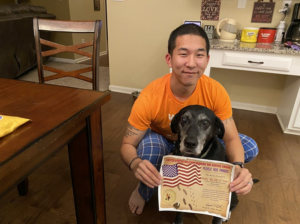 Today, Blue spends most of her time cuddling her beloved family members, which include two human siblings, five dogs, and two cats. She couldn’t be more loved, and Byung couldn’t be happier that he finally got to make good on his promise!

Share this story to honor all the military dogs that keep us safe.