Sophia Spencer has always been fascinated with bugs, but her peers often teased the eight-year-old about the passion.

Nicole Spencer, Sophia’s mom, has always tried to encourage her little girl’s interest, but a year ago, she hit a wall. “I am constantly looking for articles and information on the species and how to recognize them, but find the lack of answers to her questions unhelpful,” Nicole wrote in an email to the Entomological Society of Canada. When the organization read Sophia’s story, they got to work.

They shared Nicole’s letter on Twitter and asked if anyone wanted to help Sophia out. 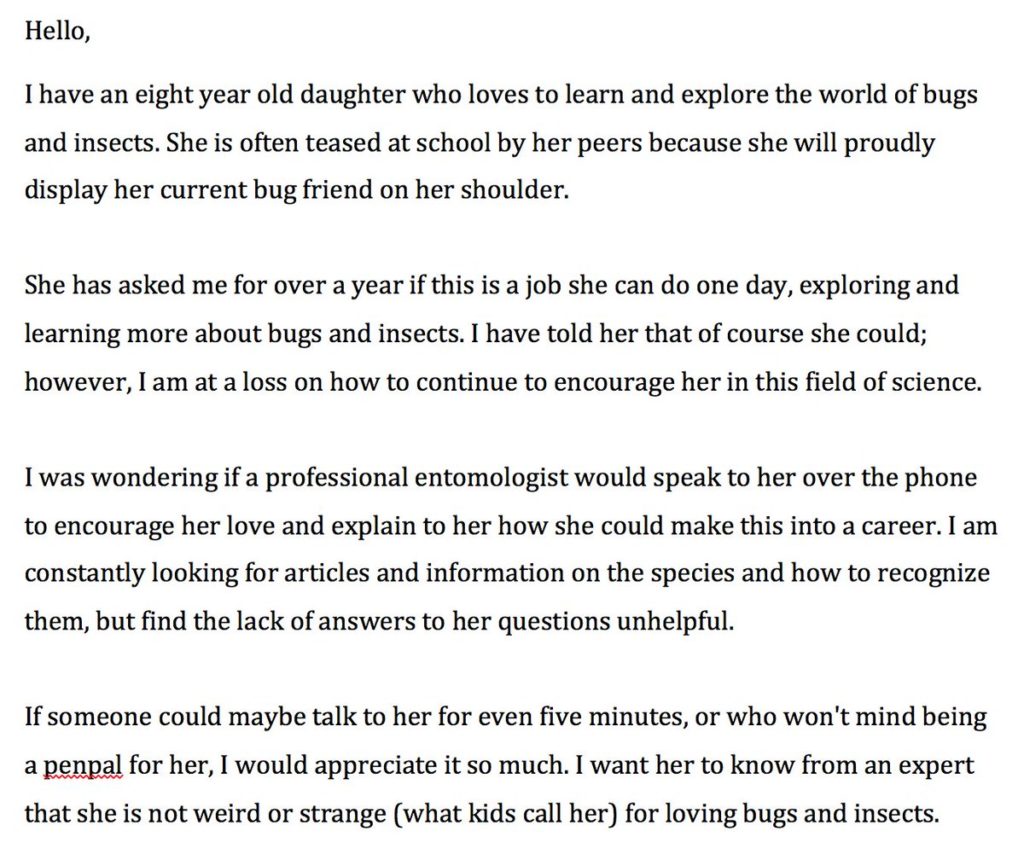 The post was retweeted more than 1,000 times and encouragement poured in supporting the little girl’s passion. Entomologists, other scientists, and bug enthusiasts all said that they would love to talk to Sophia! 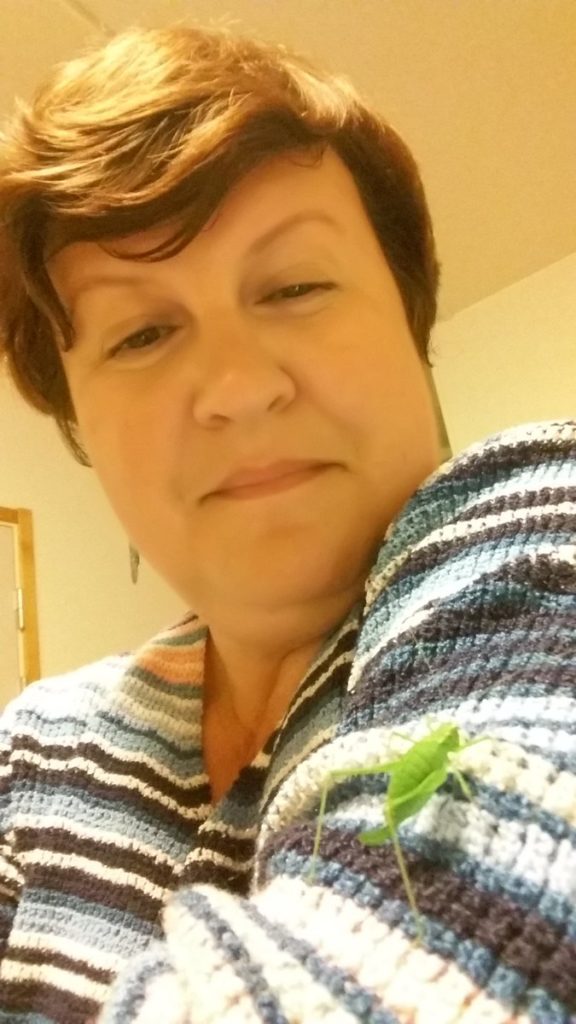 And as Sophia’s story went more and more viral, parents wrote in to share how their little girls were passionate about bugs, too. 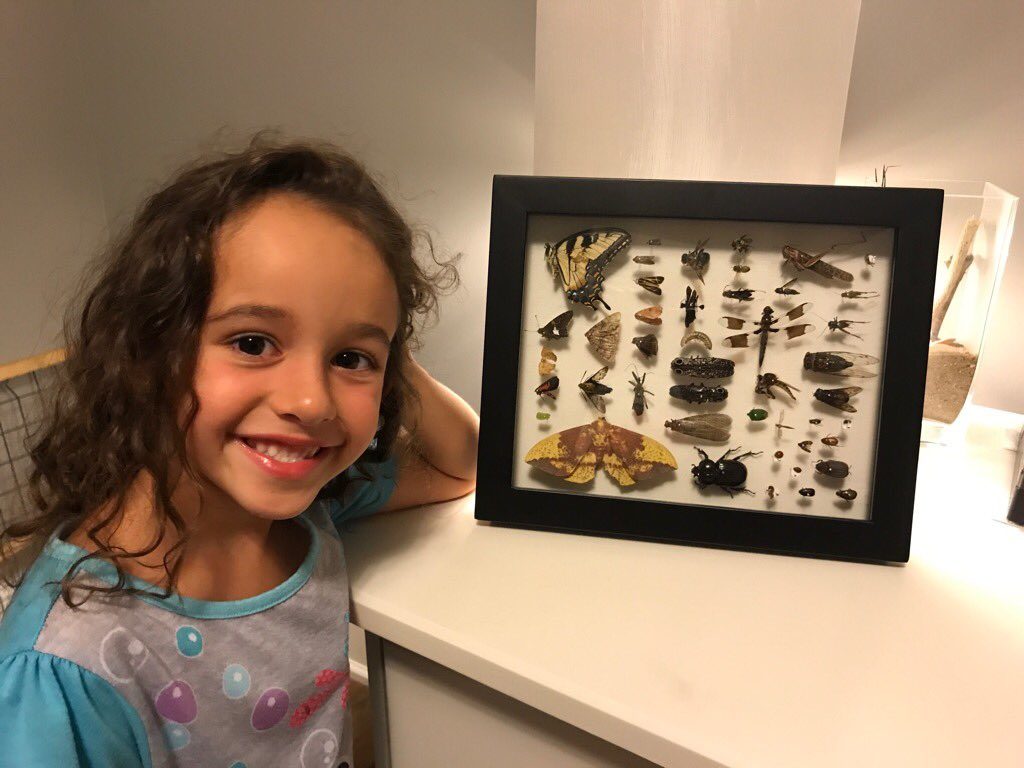 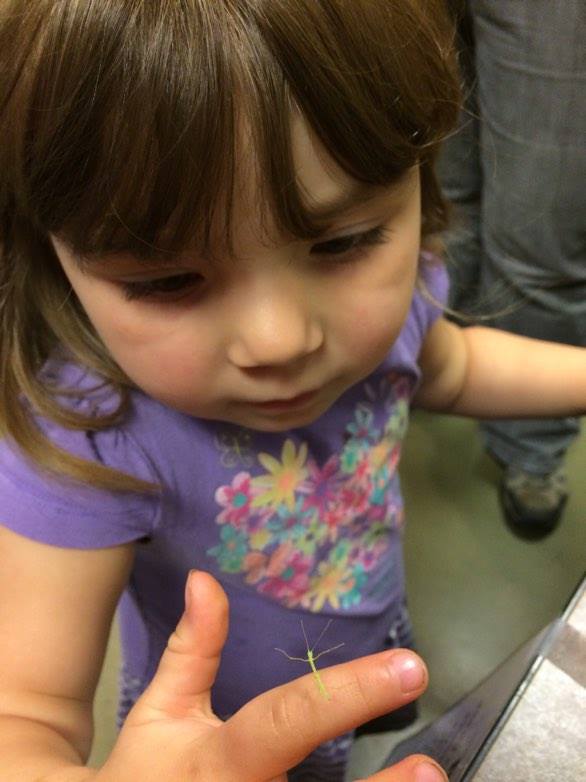 Not long after her story went viral, Sophia was contacted by the Ph.D. candidate who sent out the original tweet. Morgan Jackson wanted to work with the young bug enthusiast to write a scientific paper! 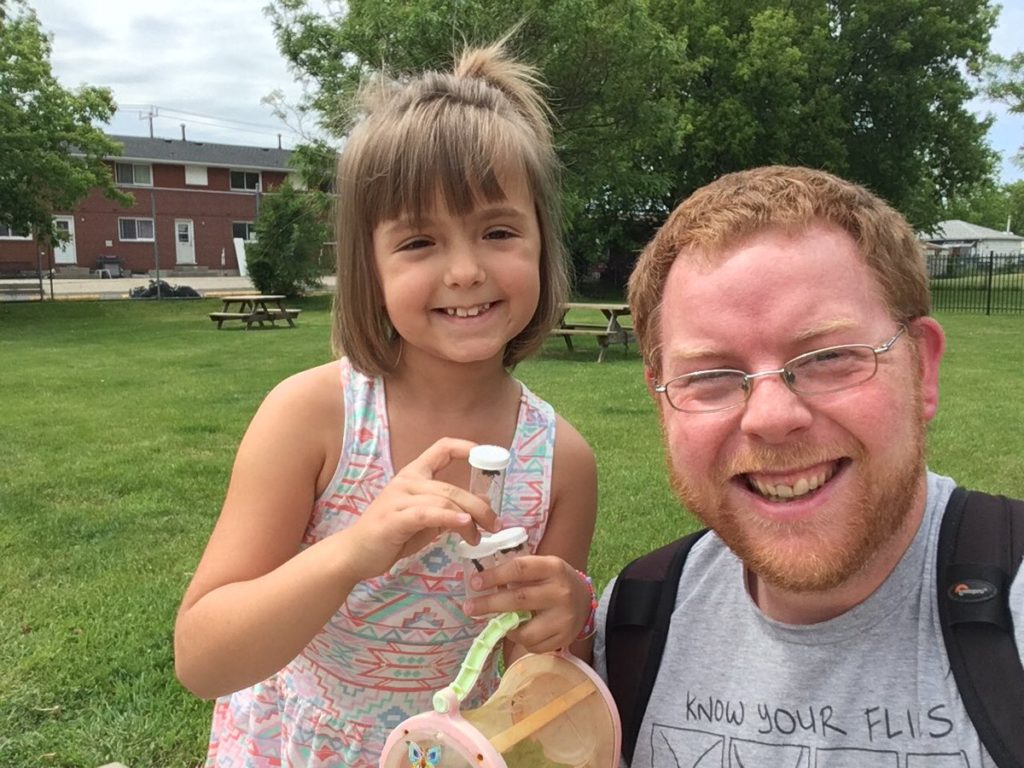 Sophia and Morgan ended up co-authoring a paper that was published this month in the Annals of the Entomological Society of America.

“After my mom sent the message and showed me all the responses, I was happy. I felt like I was famous. Because I was! It felt good to have so many people support me, and it was cool to see other girls and grown-ups studying bugs. It made me feel like I could do it too, and I definitely, definitely, definitely want to study bugs when I grow up, probably grasshoppers. 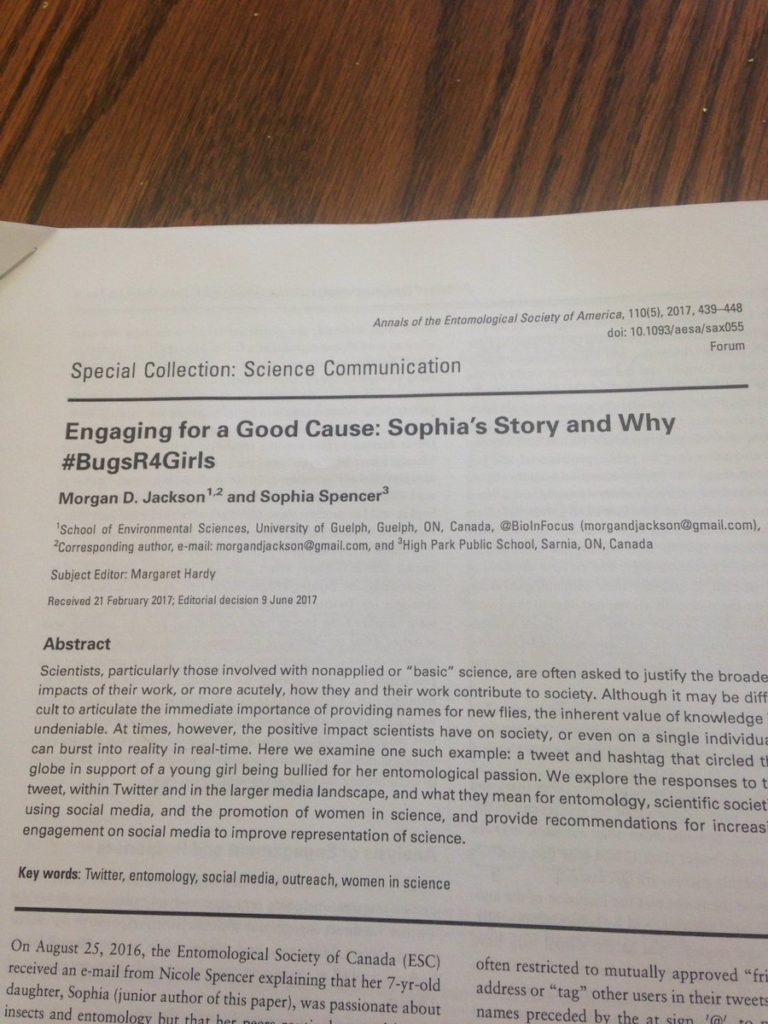 “Now I have a microscope somebody sent to me, and when I bring it to school, the kids in my school, whenever they find a bug they come and tell me and say “Sophia, Sophia, we found a bug!” After I was famous, sometimes people in my town would come up and say ‘Hi, you’re Sophia the Bug Girl!’ and it makes me feel good, even if I’m not supposed to talk to them because they’re strangers.”

She is so pure.

It’s so great to see an entire community band together to support one little girl’s dreams. Sophia may not know it, but she’s inspired hundreds, if not thousands of other little girls to embrace all the creatures on our planet — even the ones with more than four legs.