Fans of the movie “Elf” know that “the best way to spread Christmas cheer is singing loud for all to hear.” But one Boston-area firefighter decided to take a different approach.

In an effort to make people smile, Brendan Edwards, a 27-year-old firefighter from Milford, Massachusetts, dressed up as the beloved Will Ferrell character Buddy the Elf and took to the streets of Boston to spread some holiday cheer. In the film, Buddy finds lots of interesting ways to interact with the strangers he encounters in New York City, and Brendan is no different in that regard.

While Brendan didn’t rapid-fire snowballs at anyone, he did come armed with two big, fluffy pillows. He then wandered through popular tourist and shopping destinations Faneuil Hall, Boston Common, and Newbury Street in search of worthy opponents for an epic pillow fight.

Brendan is no stranger to causing public scenes. In fact, when he’s not fighting fires he can often be found doing silly things to make people laugh. He considers himself to be an entertainer and street performer, and this isn’t the first time he’s used downtown Beantown for his performance art. 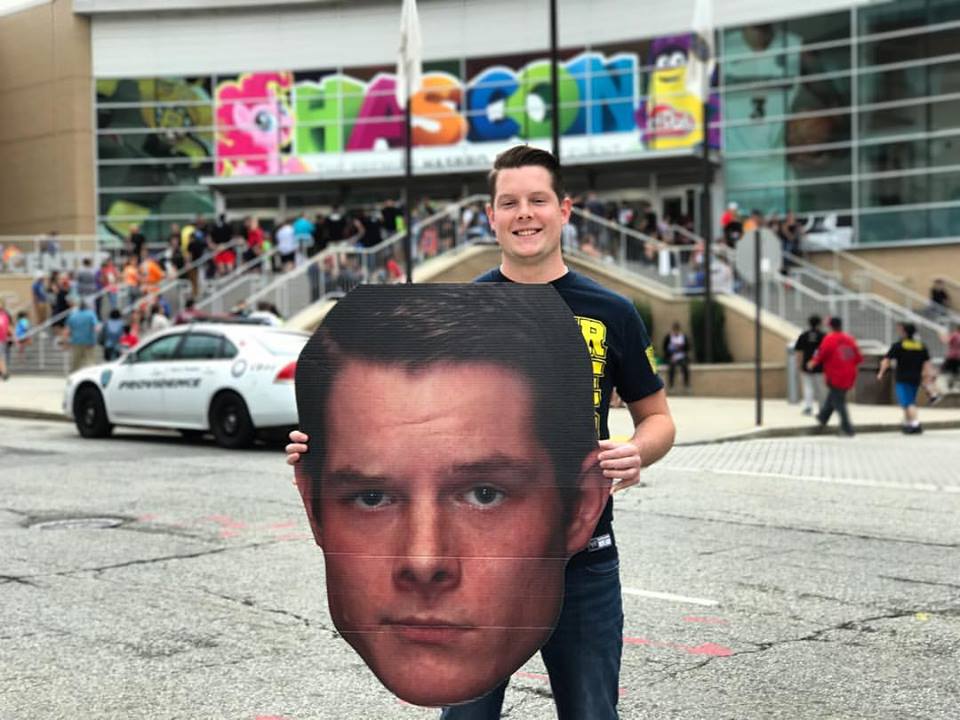 “We’ve released some videos here and there this year, so we said, ‘Let’s do one for Christmas. What can we do to spread Christmas cheer?’” Brendan explained. “We came up with pillow fights with strangers featuring Buddy the Elf.”

In the video, we see Buddy/Brendan in full Elf attire as he randomly approaches strangers who are out and about in Boston. 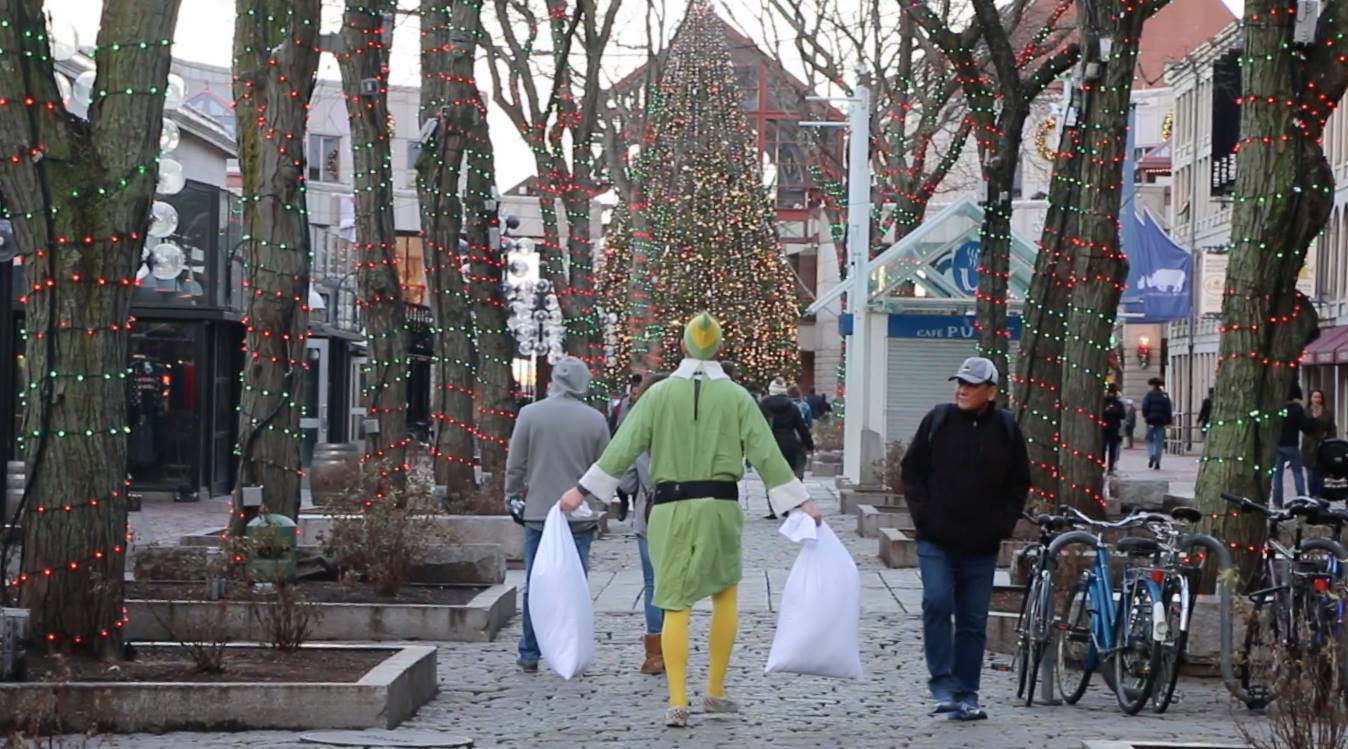 People in the city are often used to seeing just about anything, but a grown man wearing a full Elf costume and carrying a couple of pillows still earned Brendan some odd stares. Still, the second he tossed a pillow at a stranger and called out, “Pillow fight!” most people understood what he wanted instantly.

Even more impressive — most people were game to have an impromptu pillow fight with a stranger in an elf costume. 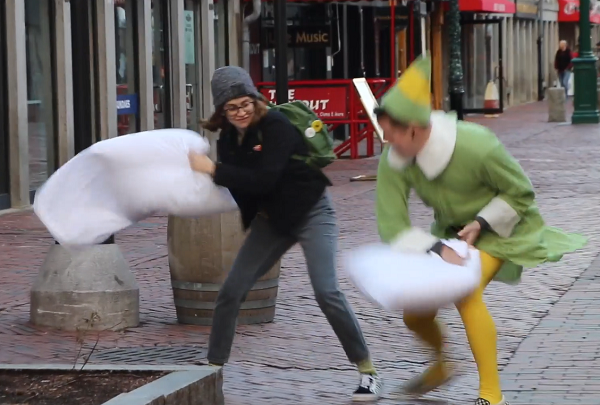 “How do you win?” asked one young woman as she pelted Brendan with the pillow. “You don’t, I do!” he giggled in return. In fact, most of the time Brendan is not above using some low-down tactics in order to win the fight. Several times he calls for a timeout, only to pummel the other person as soon as they stop whacking him. 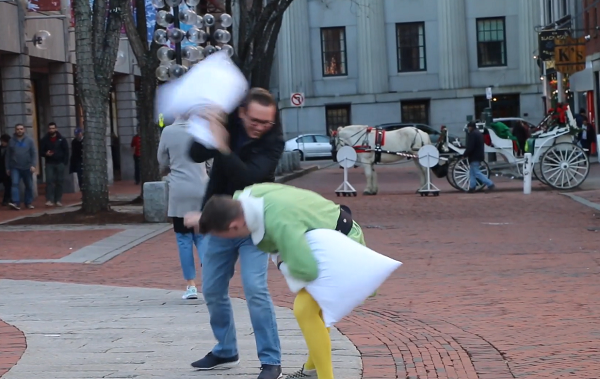 Don’t worry, though — there were plenty of strangers who managed to beat Brendan at his own game. You’d never know it from looking at her, but this lady packs a mean left hook! 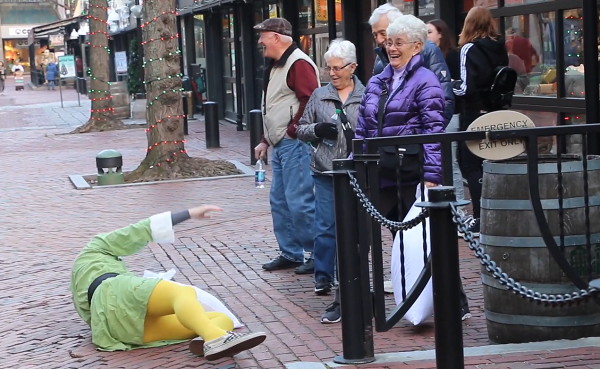 Being a firefighter means Brendan often sees difficult situations at work, so he loves being able to make others laugh whenever possible. “Humor is something you can always go back to,” he said. “Humor is always there; it’s what makes people smile.” 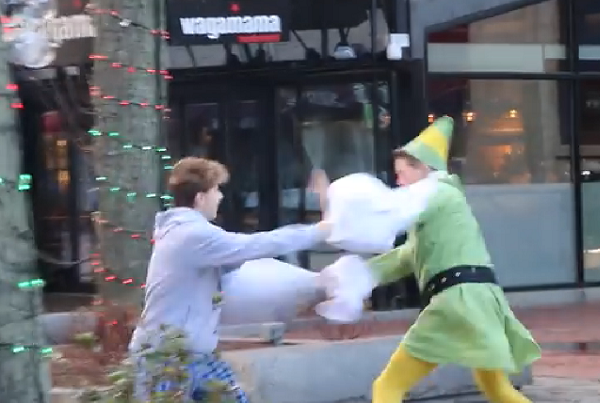 Brendan’s younger brother, Ryan, was the cameraman for this comedy act, and both brothers agree that Buddy might have to make a reappearance on the streets of Boston at least once more this season.

Thanks for the laughs, Brendan! Take a look at Buddy the Elf challenging strangers to pillow fights in the video below, and don’t forget to share.