That is one lucky turtle!

Brodie Moss is an Australian filmmaker with a penchant for spearfishing, and through his work, he hopes to inspire more people to get out there and explore the world. But wherever you are, he highly recommends exploring the nearest stretch of long, sandy beach, where you might just find yourself in the role of a savior. 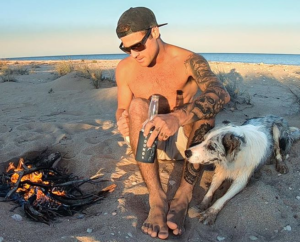 That’s a role he found himself in during an outing early this month. Australia has more than its fair share of massive animals (think spiders) that can take you out with a single bite or squeeze, or at least cause a nasty infection. So if they’d run across a snake that would just as soon kill them as accept help, that’d be one thing.

Sorry, mate. Best of luck to you. 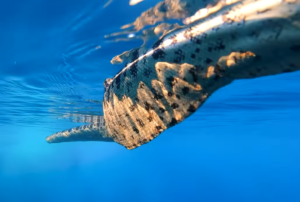 But it wasn’t a reticulated python or whatever that is up there. What he spotted that day was a sea turtle, which, other than their beaks, are more or less harmless. 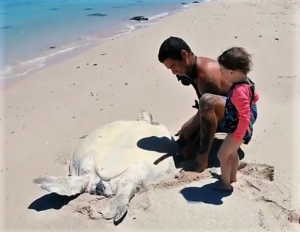 A friend joins him moments later, and together they flip the poor girl over and push her toward the shoreline’s welcoming waves.

It had been incredibly windy the previous night, he later explains, and “I think that turtle had been flipped over on its back in the early hours of the morning and hasn’t been able to get back (on her feet). Lucky we came across it and flipped it, otherwise it would’ve died.” 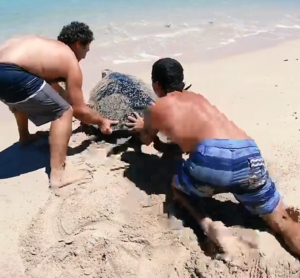 Brodie and his crew just happened to be at the right place at the right time, and thanks to their intervention, this “old girl” will live for years to come. Watch the whole rescue in the video below, and share to spread thanks!

right place at the right time ? thankful for the opportunity to help this old girl, she was all out of luck pinned down and cooking in the sun ? with the help of my family and friends @ybsofficial @jacko_moss @cat.mckelvie @oceanaimee @danbythedesert #nature #friends #family #love #life #lifestyle