The majority of police officers understand how important it is to get to know the communities they patrol. Their active involvement builds trust with the citizens they’re supposed to protect and helps keep the peace around town.

Officer Brandon Hanks has realized just how crucial these positive relationships are — particularly with the youth. So he came up with a creative way to befriend kids around Syracuse, New York. 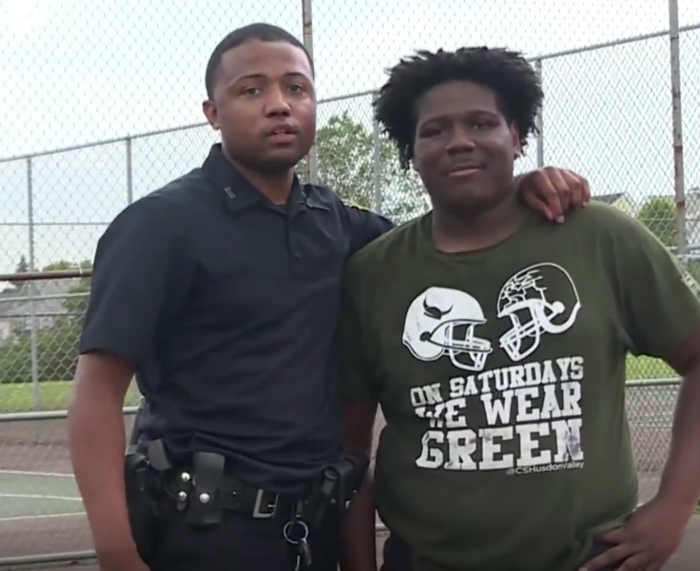 Tired of only interacting with young people in negative situations like an arrest, Hanks decided to make a change. He was a star basketball player growing up, and since pickup basketball is popular in his community, he landed on the perfect challenge.

Hanks took to Facebook to state the rules: He would play one-on-one matches around the community, and the first person to make a basket would win. If Hanks came out on top, the kid had to do 20 push-ups; if the kid was victorious, Hanks would buy them a new pair of shoes. 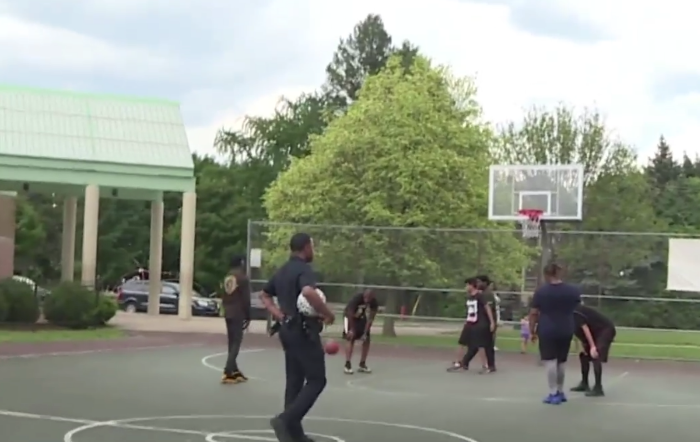 Who wouldn’t want to play a sport they already love for a chance to win awesome new shoes? (Can we get in on this too?)

Hanks always gets the ball first, but the playing field is still pretty even because although he’s a talented player, he’s at a disadvantage in his police uniform. But it must not be much of a disadvantage. He’s only lost one time, a change of pace from the 20 games he’s won. 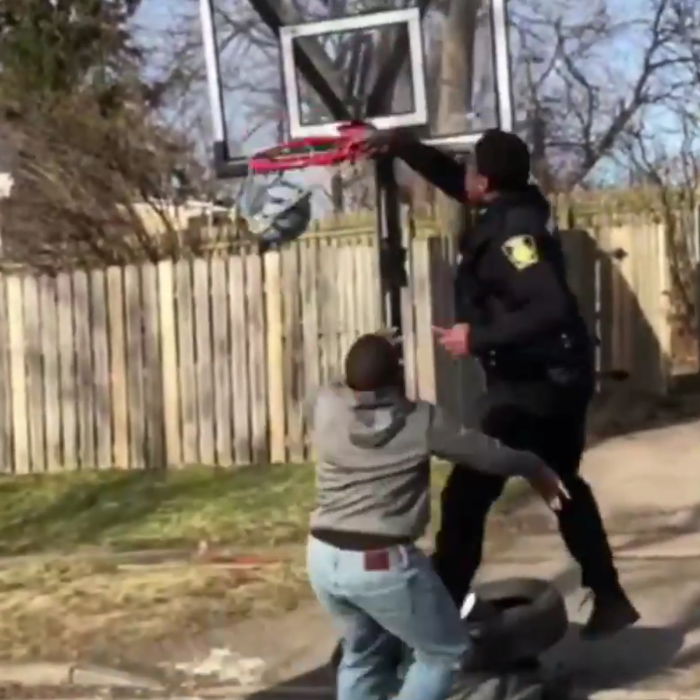 These fun pickup challenges have been extremely successful. We know because as soon as he shows up, the kids smile — which is more than can be said for a lot of police officers. One boy even told a local news station that because of Hanks, he knows “not all cops are bad cops.” 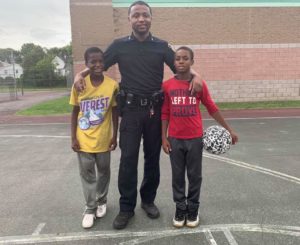 Hanks has made such a difference in his community and is creating a level of trust most officers only dream of. And it all comes from a shared love of basketball… and shoes.

Check out Hanks’ story in the video below and be sure to share it with your friends!

SLAM DUNK: This cop is often caught on camera challenging neighborhood kids to a game of one-on-one. If they win, he buys them new shoes. If he wins, they have to drop and do 20 pushups ❤️️🏀 https://cbsn.ws/2MoiCun