For many of us, driving is such an everyday occurrence that we don’t really think much of it. We hop into the car and drive to and from work with little appreciation for the luxury it is.

Police officer, Brad Peck was in the same boat as he was driving home from his shift around 5:30am one day when he ran across a woman wearing a WalMart vest and walking along a dark, narrow road. He stopped to offer her a ride, but got so much more than he bargained for.

Brad had picked up 52-year-old Anita Singleton who was on her way to work for her 7am shift. According to Brad, he saw the WalMart vest and assumed that she worked at the location nearby, but he came to find out that she actually worked at one much further away.

Anita, who has been without a car for nearly a decade, starts her 6+ mile journey at 4:30am to make it to work on time. She can usually get a ride from someone, but about once a week she has to rely on her own two feet to get her to where she’s going. 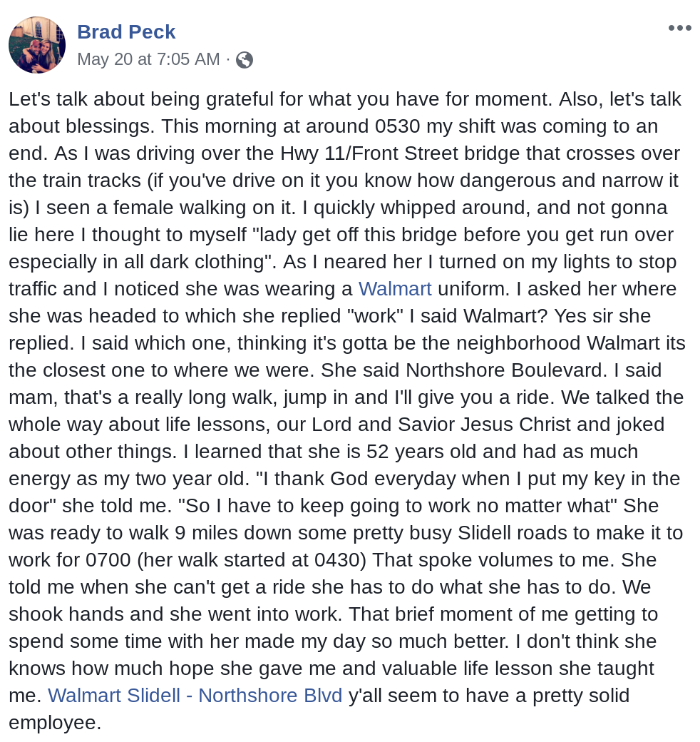 After dropping Anita off, Brad was really moved by his time spent with her. She was kind, funny, and shared stories and lessons with him during their short drive. Their brief interaction touched his heart so much that he took to Facebook to tell the story and share how his heart changed after meeting the woman who “has as much energy as [his] 2-year-old.”

It didn’t take long for Brad’s Facebook post to start getting attention around the community. Matt Bowers, owner of a Chevy dealership, caught wind of the story and was equally as moved by Anita as Brad was. So, he decided to gift her with a car – free of charge. 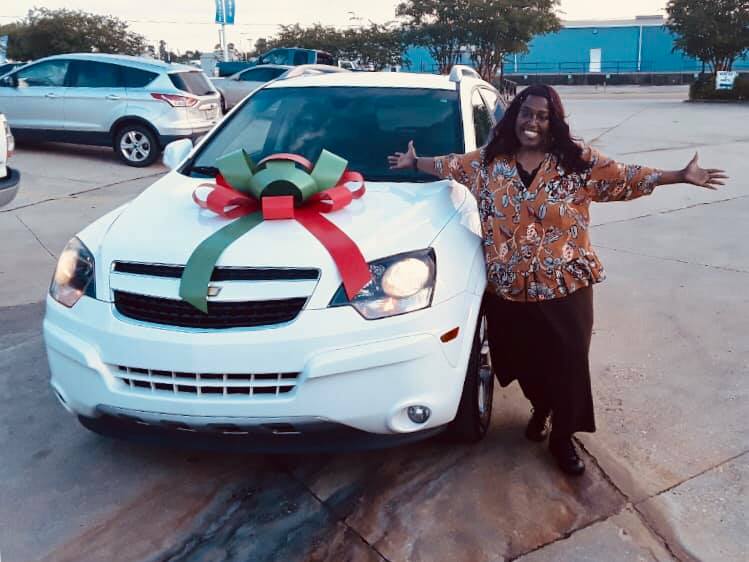 Anita was given the opportunity to select a vehicle of her choice off the lot and take home. She was overwhelmed by the kindness Brad and her community had shown her, and was just so grateful.

Watch the sweet moment below. Feeling the love? Spread it around! Share this story with your friends!