Ashley Turcotte of Rochester, New York, never felt comfortable enough to share her family’s struggle with other people. Then, Andrew Mayzak came into her life.

Sparks flew the moment the pair met online. They began dating soon after, and for the first time, the 20-year-old felt like opening up about the health problems her father Paul has suffered from for decades. 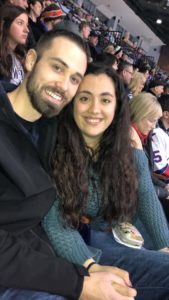 Paul Turcotte has had kidney problems since he was 17 years old. In 2011, he was diagnosed with IGA nephropathy, a disease that causes an antibody called immunoglobulin A to build up in the kidneys. This makes it more difficult for the kidneys to filter waste from the blood. Four years later, Paul had to start undergoing four-hour dialysis sessions three days a week. He needed a new kidney.

Watching Paul go through this was hard on the entire family, Ashley explained to Andrew. What’s worse is that neither Ashley or her mother Tammy were matches. So, despite not knowing Ashley or her dad for very long, the 23-year-old felt compelled to help.

“Not only is Paul suffering, but the family is suffering … I knew I wanted to do something pretty quickly,” Andrew told GMA. 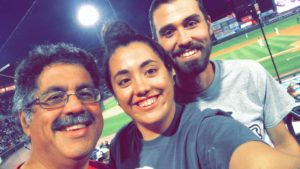 “From there I did a little research for a couple of weeks, and I ended up telling her that I wanted to get tested to be a potential donor for her father,” Andrew added. “Then after about three or four months of testing to become a possible donor, I was approved that I was a match for her father.”

Ashley’s shock at the selfless offer soon turned into eternal gratitude for the man she loved. Paul said, “It was like a dream.” Still, both he and his daughter were scared for Andrew. This was no minor surgery, after all. 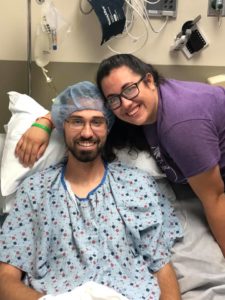 But Paul’s worries melted away when he woke up in the hospital with his new kidney on October 1. The transplant was a success, and Andrew was doing fine. He couldn’t be happier with the way things turned out, and says he has no regrets. 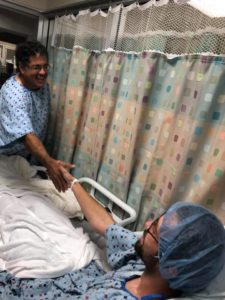 “Of course, I love her, and I would do anything for her family,” Andrew said. “I would do it over again. I just wanted to make her family whole again after so many years on dialysis, it was difficult on her, her sister, her mom, the whole family.” 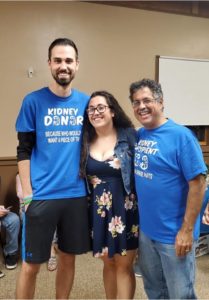 But the Turcottes will never forget how Andrew gave a piece of himself so willingly to save Paul.

“To see [my dad] happy and healthy, it’s just been really great,” Ashley said. “I can’t thank [my boyfriend] enough.”

“It was quite a gift, a sacrifice, a heroic thing to do, selfless … thank you just doesn’t seem like a strong enough word,” Tammy added. 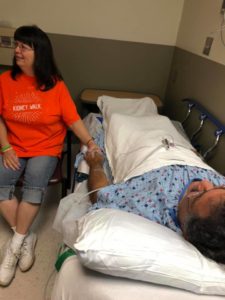 Paul is still recovering but says he already feels better. And he has a lot to look forward to — including a free trip to Disney’s Aulani Resort and Spa, courtesy of Good Morning America! Enjoy your new life, Paul. You deserve it. As for Andrew, he better get used to being called a hero.

Share this story to spread awareness about life-saving organ donation.