When little Thomas Moore was 7 years old, he saw his mom watching a video on Facebook. It was of a 5-year-old girl who had lost her hair to chemotherapy. Thomas asked his mom about the video, and she did her best to explain what chemotherapy is and talk to her young son about cancer. Thomas was so moved by the video and by Mom’s words, he decided to take action.

That day, Thomas pledged to grow out his hair so he could donate it to create a wig for cancer patients like the one he’d seen in the video. And he kept his hair growing for two more years!

Now Thomas is in 5th grade, and his hair has finally gotten long enough to donate. In fact, Thomas has more than enough hair to create a wig… When Thomas went to get his hair cut, he discovered that he had enough hair for 3 wigs! 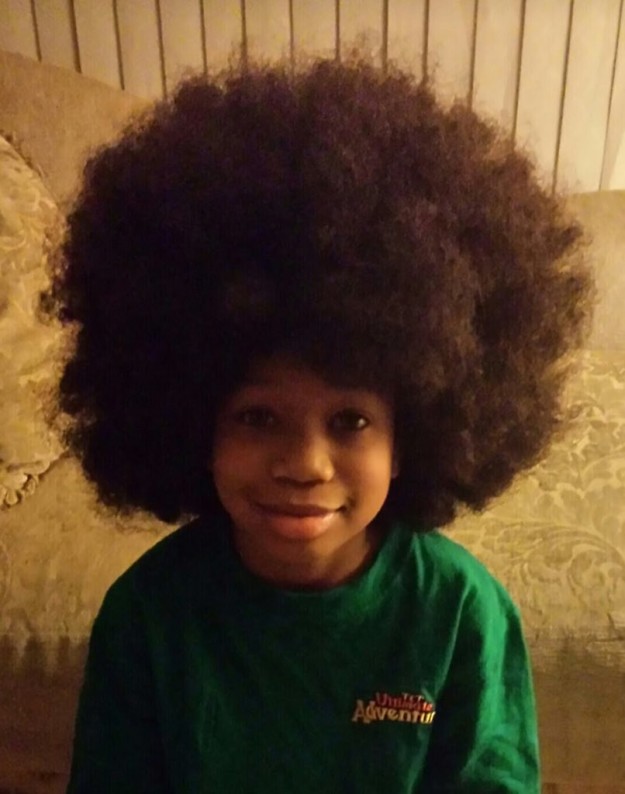 His aunt, Amber Lynne, tweeted a photo of the before and after when Thomas finally got it chopped. The tweet immediately went viral, getting retweeted nearly 60 thousand times and gaining over 117 thousand likes. 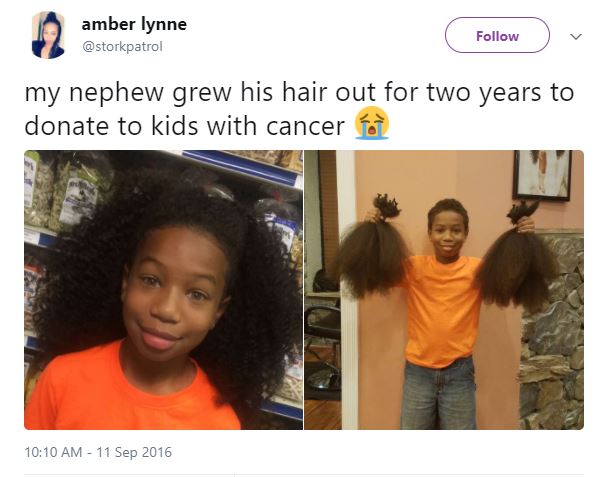 Mom was also proud of her little boy. She made this photo collage her profile picture in recognition of his accomplishment: 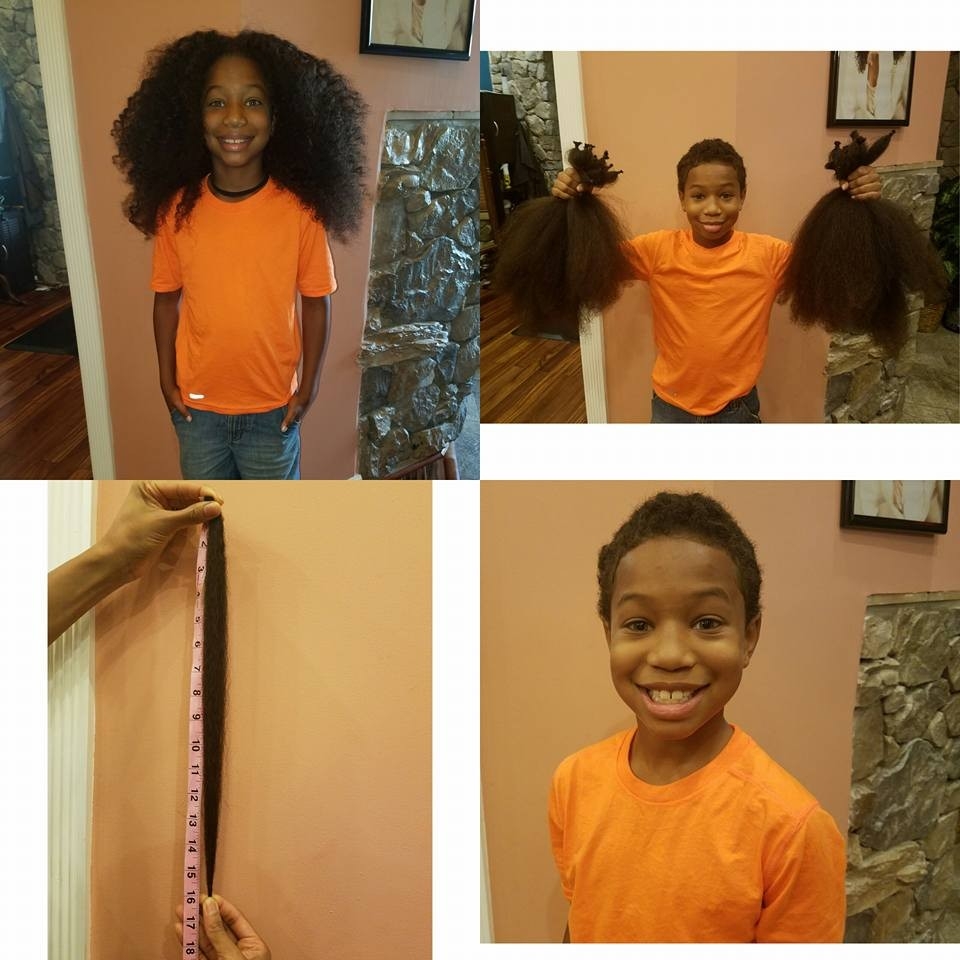 His mom also uploaded a video she’d taken of her son’s story on the news. “Myyyy baby!” she wrote in the caption. “I’m so proud of him! He’s breathing all hard and smiling so BIG right now!!! #CoolKid #ProudMommy” Check out the video below.

Myyyy baby! I'm so proud of him! He's breathing all hard and smiling so BIG right now!!!#NewsWorthy #CoolKid #ProudMommy #TeamKyssi