At some point, you likely learned that blowing into an empty glass bottle at just the right angle will make a sound. Most of us don’t invest in furthering that skill, we just bust it out now and then when we have an audience of little kids who’ve never seen it before (thus, making us seem really cool).

In 2005, four guys in Denmark decided that kids seeing them as cool wasn’t enough, so they developed their bottle skills and established themselves as “The Bottle Boys”. 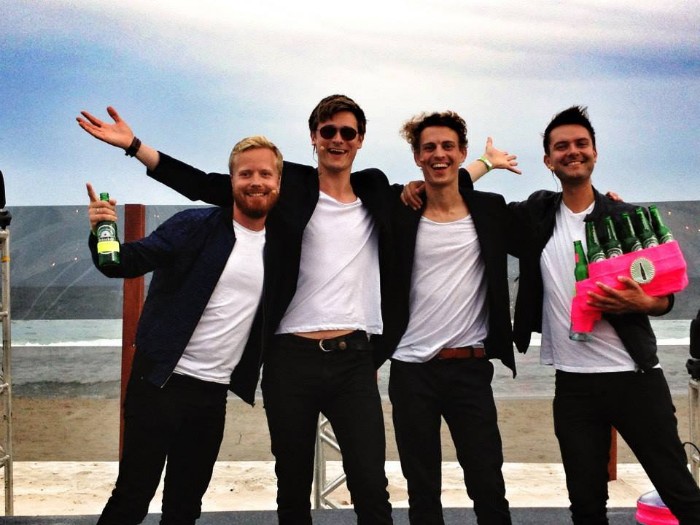 What started as a party trick, evolved into a full on phenomenon. The guys started out by performing for fans on the street and competing in talent shows. Then, in 2007, they launched their own YouTube channel and have since acquired over 100,000 subscribers.

As their popularity has increased, they’ve grown their fan base all over the world. They’ve traveled to perform in more than 30 countries and have even sat down with everyone’s favorite TV show host, Ellen DeGeneres (which is more than we can say about any of us and our party tricks). 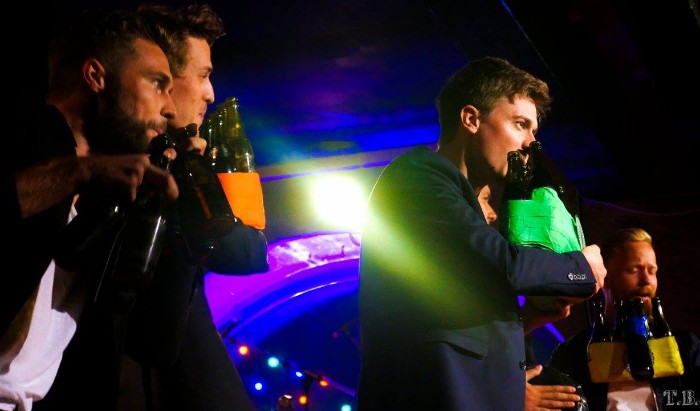 The Bottle Boys argue that “anything can be played on a bottle”, which they continue to prove over and over. They’ve covered songs including Thriller, Party Rock Anthem, Poker Face, and even classic Christmas tunes like O Come All Ye Faithful and Winter Wonderland.

In August, The Bottle Boys posted a video from a recent performance in Dubai to their Facebook page. While any performance of theirs is fascinating, to say the least, this one stands out because it’s a mash-up of 22 90’s songs, performed in under two minutes. 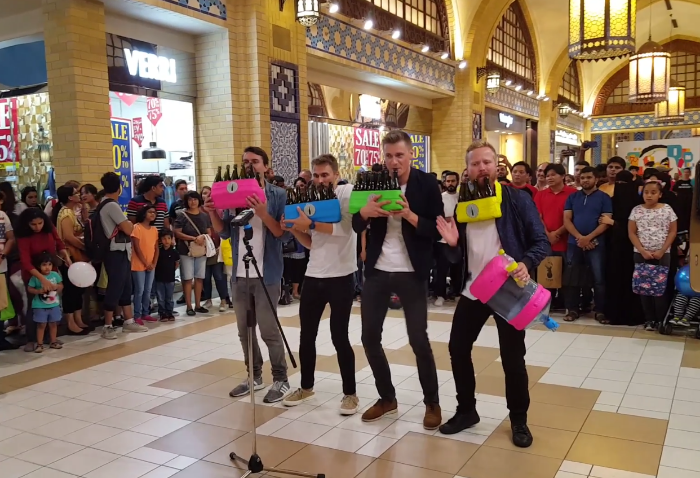 In the video, the group is performing at a mall, surrounded by a big audience. They start off slow as they play Coco Jamboo’s “Mr. President” followed by Ace of Base’s “All That She Wants.” As the mash-up continues, the crowd gets more and more into it, as they clap along and bob to the beats (which are courtesy of an empty water jug). Over the course of 1:45, they cover songs including “Informer”, “Macarena”, “All Star”, “Mambo #5”, “Barbie Girl”, “What is Love?”, “Rhythm of the Night”, and many more. 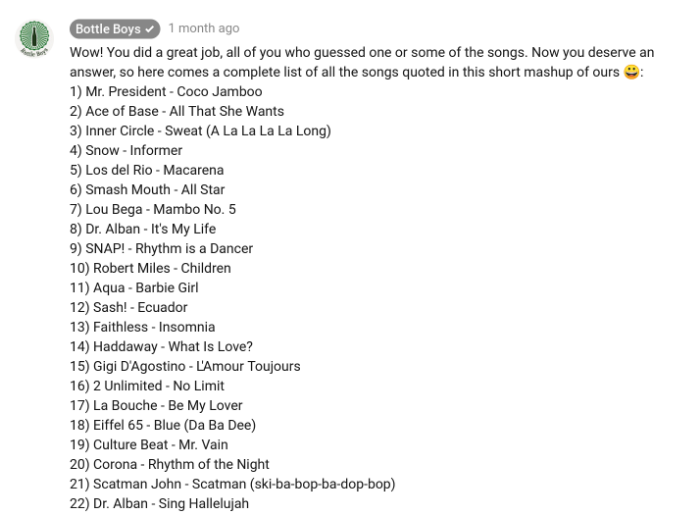 It’s no wonder fans all over the world love these guys! They’re fun, entertaining, and their bottle music skills have really paid off.

Check out their mash-up performance in the video below – and be sure to share it with your friends (at the very least save it as a favorite so you can show it to wide-eyed kids as a follow up to your own performance).

Happy Friday, everyone! 🎉😃 We have been looking so much forward to share this with you: Earlier this month during our awesome stay in Dubai, we shot this video of our 90s music mashup! 🎧🎶 See if you can recognise some (or all) of the 22 quotes from our favourite 90s songs we've included! 😃 And have a lovely weekend! 🌞Cheers! 🍻

Best Tennis Player In The World Shares Moment With Ball Boy That Has Fans Melting.

It's always nice to see a living legend who has ascended to great heights in his career, yet still has not gotten a big head. Novak Djokovic is a Serbian...