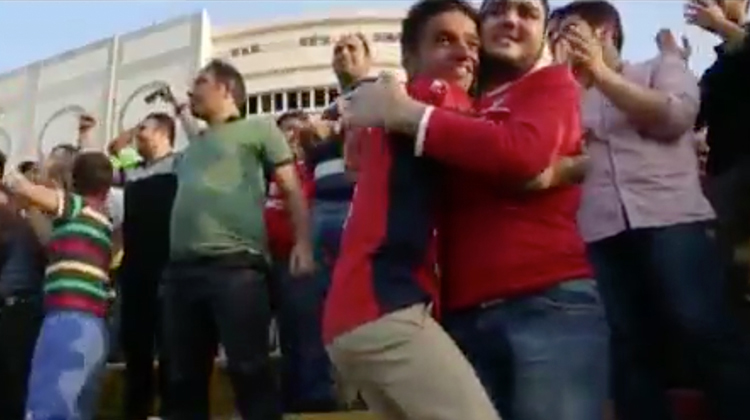 Blind Teen Overwhelmed When Best Friend Leads Him To Soccer ...

We all can think of that one friend that has gone above and beyond in terms of what friend should do and be. And this story is about one of those relationships. The incredible friendship between two Iranian teens shines bright in the video below that is touching hearts all across the world.

The video starts with two teens walking through the streets of their city in Iran to the football stadium arm-in-arm, singing songs and anticipating an exciting victory for their favorite team. As they head towards game, it’s revealed that one of the boys is blind. But that doesn’t stop him from having an incredible time.

And that’s because his friend acts as a world-class commentator so they both can enjoy the match together.  The commentator friend, observes the game and tells each move that is made on the field to his blind counterpart. Their comradery is the perfect example of serving a friend in every way.

As the team scores a goal, the boys go crazy together along with the crowd of fans around them. The blind, young man is full of joy and for good reason — his team is winning and he has an amazing best friend! This video is a spectacular reminder of what true friendship looks like.

Who is a friend that has loved you like this?