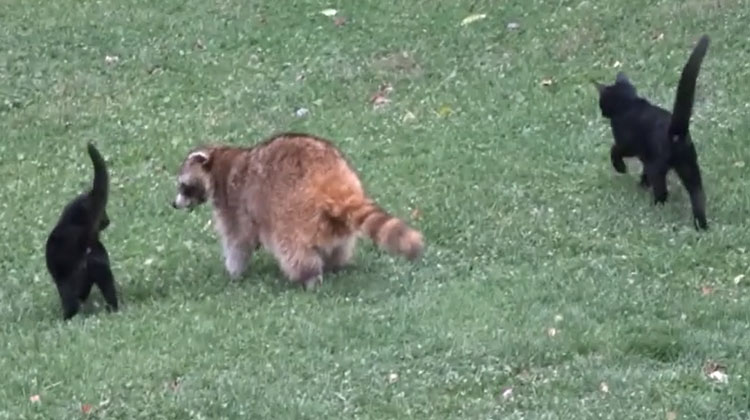 Cats and raccoons: Friends, or enemies? It’s almost always the latter, but the video below proves they can develop friendships.

Posted by Youtuber Eryn06 in the fall of 2014, the video shows two cats watching from a distance as a big raccoon lumbers down her porch, then shadowing him like ninjas as he makes his way down the steps to forage in the yard. Neither the raccoon nor the cats belong to Eryn06. The raccoon is blind and at least five years old, which she knows because that’s how long he’d been stopping by her yard, apparently viewing it as a kind of buffet.

“He often returns for seconds and sometimes comes back for thirds. His bottom lip is missing so we feed him soft pasta noodles soaked in cream of chicken soup,” she wrote. “We often cut up small pieces of hot dogs, ham, pork, etc.” 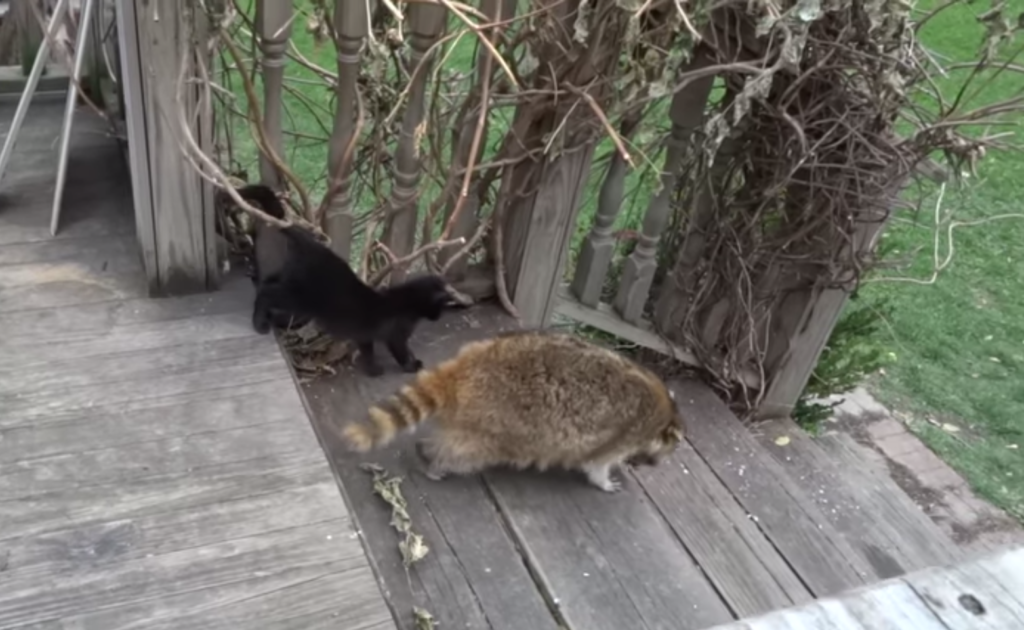 That fall, two black kittens seemingly popped up out of nowhere and took an immediate liking to the disabled masked marauder. So they decided to watch over him as he went through his daily routine. 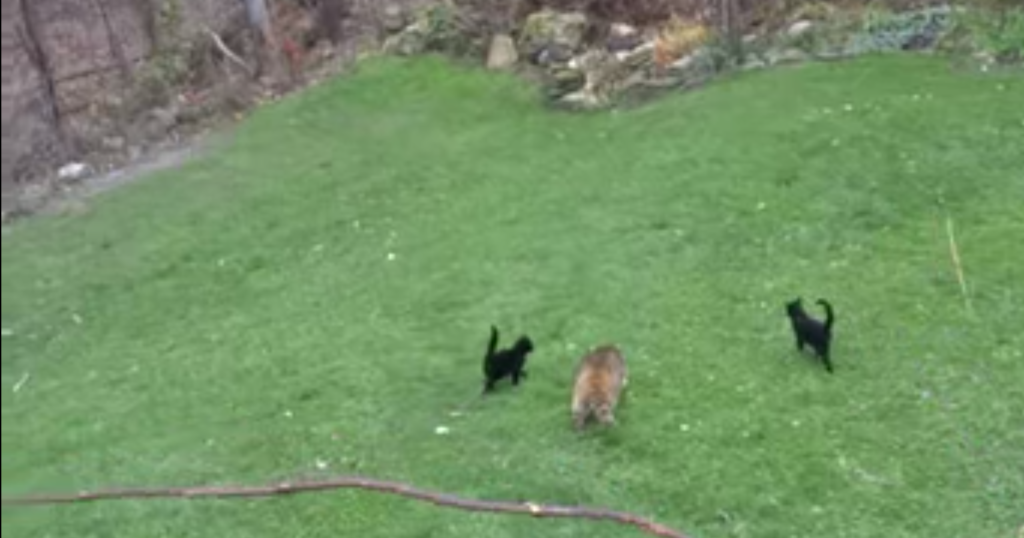 Okay, well maybe there was more to it than that …

Either way, the video below captures an unlikely friendship between two species that typically view each other as competition.

Check it out below and share to spread smiles!